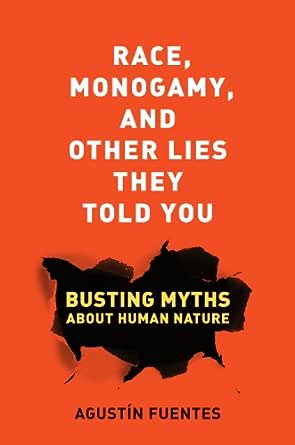 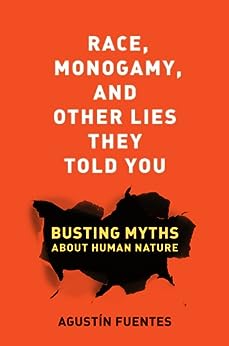 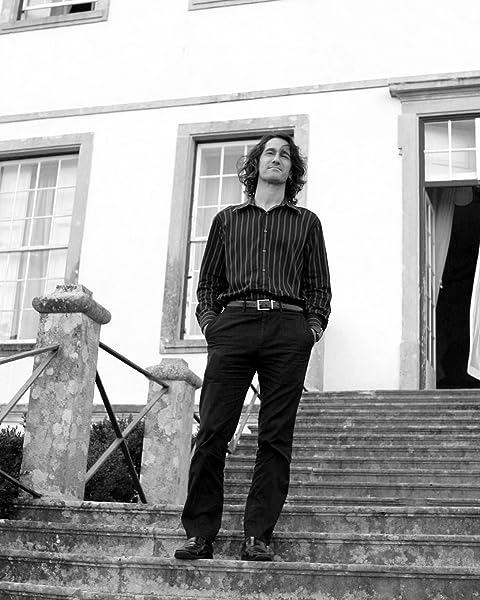 GÇ£Engaging. . . . Fuentes's work goes a long way toward burying some of the most pervasive myths about human beings.n++?

There are three major myths of human nature: humans are divided into biological races; humans are naturally aggressive; men and women are truly different in behavior, desires, and wiring. In an engaging and wide-ranging narrative Agustín Fuentes counters these pervasive and pernicious myths about human behavior. Tackling misconceptions about what race, aggression, and sex really mean for humans, Fuentes incorporates an accessible understanding of culture, genetics, and evolution requiring us to dispose of notions of "nature or nurture." Presenting scientific evidence from diverse fields, including anthropology, biology, and psychology, Fuentes devises a myth-busting toolkit to dismantle persistent fallacies about the validity of biological races, the innateness of aggression and violence, and the nature of monogamy and differences between the sexes. A final chapter plus an appendix provide a set of take-home points on how readers can myth-bust on their own. Accessible, compelling, and original, this book is a rich and nuanced account of how nature, culture, experience, and choice interact to influence human behavior.

Alexios Xifaras
5.0 out of 5 stars Busting Myths indeed ! Ignore this book at your own peril.
Reviewed in the United Kingdom on 7 October 2019
Verified Purchase
Winner of the 2016 W.W. Howells Award. Definitely worth it ! The book introduces the reader to the basics of the theory of evolution and then proceeds to demolish the myths associated to: 1) Race (this category, simply, does not apply to humans. We all belong to the same race.), 2) Aggression (we are not as aggressive as you probably think and definitely we did not inherit this trait from our common ancestor with the chimps and bonobos) and 3) Sex (the differences between the sexes are not biological but to a major extent socially constructed). It is a pity that this book has such low ratings in Amazon. My personal advice: Do not be misled by the reviews in Amazon ! Read this book and make your own conclusions. Personally I think this book is one of the best in the subject of biological anthropology.
Read more
One person found this helpful
Helpful
Sending feedback...
Thank you for your feedback.
Sorry, we failed to record your vote. Please try again
Report abuse

Client d'Amazon
5.0 out of 5 stars Fascinating and extremely well documented
Reviewed in France on 29 February 2020
Verified Purchase
This is a book of excellent scholarship written so that the non-specialist can follow the author's arguments. Even though it was clearly written for an American audience, those less familiar with that culture should still be able to follow his points easily even if some of the examples are a bit opaque.
Read more
Helpful
Sending feedback...
Thank you for your feedback.
Sorry, we failed to record your vote. Please try again
Report abuse

Aldo C. Marturano
5.0 out of 5 stars Do you want to know more about yourself?
Reviewed in France on 5 August 2016
Verified Purchase
I'm about convinced that this book even tho a few topics in field genetics are simplified is a basic instrument of study for everybody who enters the problem of heredity, history of humankind, methods of genetical research etc.
Read more
Helpful
Sending feedback...
Thank you for your feedback.
Sorry, we failed to record your vote. Please try again
Report abuse

OmnipotentPilot
5.0 out of 5 stars well thought out argument broken down into its parts in a way the reader can understand
Reviewed in the United States on 29 July 2019
Verified Purchase
impressed with how well he broke his arguments down into their component parts and walked the reader through every part of them. Compelling argument that is both philosophical and anthropological.
Read more
One person found this helpful
Helpful
Sending feedback...
Thank you for your feedback.
Sorry, we failed to record your vote. Please try again
Report abuse
Load more international reviews

Amazon Customer
5.0 out of 5 stars Book
Reviewed in the United States on 11 September 2018
Verified Purchase
Simple but tedious
Read more
Helpful
Sending feedback...
Thank you for your feedback.
Sorry, we failed to record your vote. Please try again
Report abuse

Kirsten
4.0 out of 5 stars Four Stars
Reviewed in the United States on 11 August 2017
Verified Purchase
Had to purchase this for Anthropology but enjoyed reading it. A lot of good information about common myths
Read more
Helpful
Sending feedback...
Thank you for your feedback.
Sorry, we failed to record your vote. Please try again
Report abuse

Edwin Lyngar
5.0 out of 5 stars Examination and Take Down of “Conventional Thinking”
Reviewed in the United States on 9 July 2013
Verified Purchase
Agustín Fuentes offers a take down of conventional thinking on a number of topics. If you like books that challenge conventional "wisdom" then this book is for you. I don’t understand sociology to any great extent, and as a bonus Fuentes offers the reader a primer in examining culture “from the outside” as much as is possible. The fact that every human in the planet is raised in a “culture” makes it impossible for any person to be completely unbiased.

I thought I would be most interested in the “busting” of monogamy, but Fuentes’ take down of our artificial racial divide is the thing that most stuck with me at the end of this book. Humans tend to view race as a very large, real difference between human beings, but this book pokes serious holes in that assessment. Fuentes shows that race is a minor, superficial difference between humans. This analysis alone is worth the price of the book.

I also felt that religion was needled a bit in this book, if often incidentally in several cases. I read this book as part of a Freethinking book club, and it generated a lot of passion and discussion in the membership. Worth the read.

A. L. Rainey
5.0 out of 5 stars Awesome book!
Reviewed in the United States on 8 April 2013
Verified Purchase
I absolutely love this book, as a therapist it gives me a lot to think about and share with my clients, this book also represents a shift in perspectives of how we see ourselves and our culture and I am thankful for it!
Read more
4 people found this helpful
Helpful
Sending feedback...
Thank you for your feedback.
Sorry, we failed to record your vote. Please try again
Report abuse

Tony
4.0 out of 5 stars Four Stars
Reviewed in the United States on 13 September 2014
Verified Purchase
A bit rambling, but very useful
Read more
One person found this helpful
Helpful
Sending feedback...
Thank you for your feedback.
Sorry, we failed to record your vote. Please try again
Report abuse

TheDrainnoodle
3.0 out of 5 stars An interesting read
Reviewed in the United States on 13 April 2017
Verified Purchase
An interesting read for college.
Read more
Helpful
Sending feedback...
Thank you for your feedback.
Sorry, we failed to record your vote. Please try again
Report abuse

Wondertrout
5.0 out of 5 stars A Truthful Opinion
Reviewed in the United States on 24 September 2015
Verified Purchase
An excellent read. Keep your mind open and remember: A truthful opinion is not always the truth and the truth looks different from every side of the argument.... interesting
Read more
3 people found this helpful
Helpful
Sending feedback...
Thank you for your feedback.
Sorry, we failed to record your vote. Please try again
Report abuse