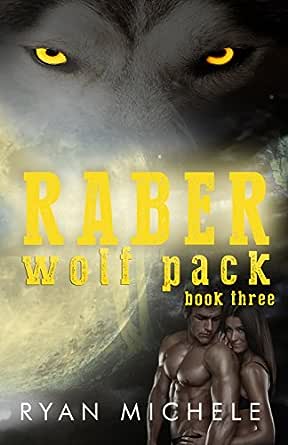 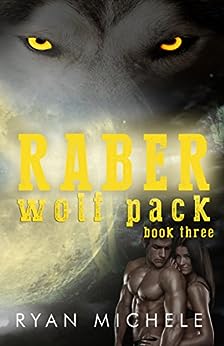 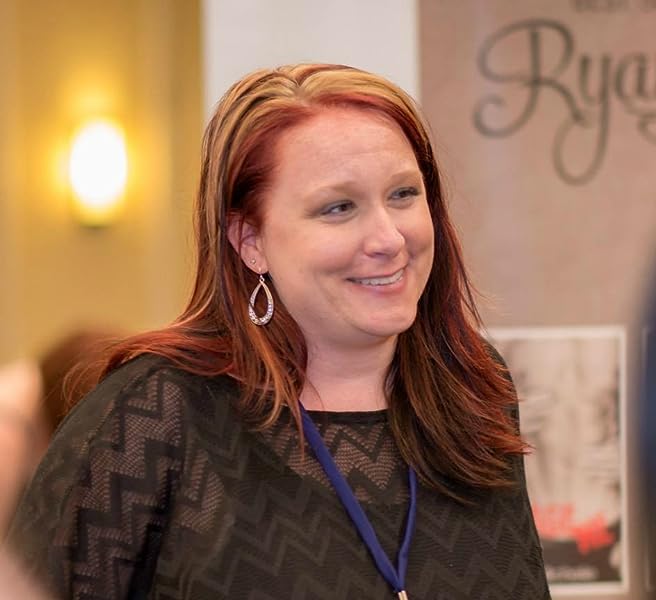 Kristina
5.0 out of 5 stars Raber Pack
Reviewed in Australia on 6 November 2016
Verified Purchase
Just finished the trilogy of Raber Wolf pack books by Ryan Michele. Each better than the last. Definitely worth a read.
Read more
Helpful
Comment Report abuse
See all reviews from Australia

wendy s hodges
5.0 out of 5 stars 2017 · edit it was amazing This is the final book in this three part ...
Reviewed in the United States on 6 August 2017
Verified Purchase
Raber Wolf Pack Book Three
by Ryan Michele (Goodreads Author)

This is the final book in this three part series and the focus at first is on Sabrea and Thor. Sabrea has always felt different and less than she should be, she has been the butt of her two sisters taunts her whole life and as a result has worked extremely hard on her training. She can fight strongly in human form even against female wolves and smaller male ones, only being let down if they are big or in a group. Thor is Gamma in the Raber Tribe and is one of the six from the Legend, he has sensed and smelt his mate but not managed to see or meet her yet. For the second time a female is attacked and luckily Thor and some of the others hear and go to help. There is still some suspense and mystery in this installment, also some sadness. I cant choose between these three books, each has its main focus as well as the overall event buildup. All the main characters and some of the lesser ones are loveable, the couples especially are all interesting and very compatible to each other as well as the group. I have really enjoyed this series, it is a bit different to Ryan's other books and main story is a bit mysterious with both the shifter/human side of things and the magic combining to make an enthralling read. It isn't to heavy either there is some lightness and humour amongst the legend basis, so it gives a bit of relief here and there. There is still the serious side and with that means there is some sadness and loss amongst the packs, but it all comes together well. I would have quite happily enjoyed another book taking us on from all the violence into them each settling into their relationships as couples as well as leaders, maybe even them having pups of their own to add to the packs and strengthen the bonds between the packs even more.

Neringa
5.0 out of 5 stars LOVE RABER WOLF PACK
Reviewed in the United States on 1 September 2015
Verified Purchase
I can't believe, I just finished the final book of the Raber Wolf Pack. Each book better then the other. And finally, I got the answers to the questions, that plagued me from the first one. Little by little secret it's revealed. And the importance of each of these three couples is indescribable. The girls has their own powers. Which could help to win the war coming to their pack. Of course if they could learn to control them on time.

It amazed me, when I learned, that so much is connected. Pack to the pack. Wolf to the wolf. Shifter to the human. Past collides with the present. Each action that was made, now makes sense.

It was really intense. And for a couple of times I was worried. Hoping that Rabers will come out on top.

I loved Thor. The way he was with Sabrea, it was precious. She has some issues with her wolf and....um...other stuff. So, she wasn't looking forward to meet her mate. Scared he would reject her. She even avoided his scent. But Thor's reaction to all of this was...Well, that just made me fall for him hard.

I can't express, how fabulous, the story was. I was so immersed in to the journey. It made me happy and apprehensive. To almost resign and then be filled with anger and full of fight. I was mournful and gutted. I had tears I my eyes after the war. Well, okay. I had tears more times, then on that moment. It really had emotion moments. Also sweet and sometimes sour ones.

The end it was... Well, bittersweet. Could I call it a HEA? When each lose, is like a weight on my heart? Probably. Because this is a life. If you don't lose and your heart don't break, you would never understand what truly a happiness is. And don't cherish every second gifted to you.
Read more
Helpful
Sending feedback...
Thank you for your feedback.
Sorry, we failed to record your vote. Please try again
Report abuse

The Book Chick
4.0 out of 5 stars Raber Wolf Pack Book Three
Reviewed in the United States on 1 September 2015
Verified Purchase
Michele definitely kicked up the Raber Pack in this final installment of the series. Man was it action-packed and full of twists, turns, and unexpected revelations -- both good and bad. Although I am so sorry to see the series end, I loved what was done in the final installment. There is definitely potential for more with the way things ended but even if there isn't anything else to come, THIS book put a nice end-cap to the series!
Read more
Helpful
Sending feedback...
Thank you for your feedback.
Sorry, we failed to record your vote. Please try again
Report abuse

GSKM in sc
5.0 out of 5 stars Perfect ending to the trilogy
Reviewed in the United States on 4 September 2017
Verified Purchase
This is a suspenseful tale that is the perfect ending to the trilogy. It has a surprise ending that I did not see coming. A really nice read! It kept my interest from beginning to end. Highly recommend this trilogy. Only thing that would make it better would be an audible version.
Read more
Helpful
Sending feedback...
Thank you for your feedback.
Sorry, we failed to record your vote. Please try again
Report abuse

Darlene Tallman
4.0 out of 5 stars Sabrea ROCKS as mate to Thor
Reviewed in the United States on 29 November 2015
Verified Purchase
What an explosive ending to this series! When the gamma, Thor, smells his mate, Sabrea, he stops at nothing to protect her.

I pretty much read this in one sitting. I enjoy the author's writing style and her characters, while "shifters", are so very believable.
Read more
Helpful
Sending feedback...
Thank you for your feedback.
Sorry, we failed to record your vote. Please try again
Report abuse
Load more international reviews

Linda Jones Diamond
5.0 out of 5 stars Raber Wolf Pack book 3
Reviewed in the United States on 8 September 2015
Verified Purchase
Book three wrapped up this series, it was so good, it keep me on the edge of my seat, action packed, plenty of hot alpha male and his mate, it kept you up to date on all the characters, truly an amazing book definitely looking forward to more from Ryan Michele, excellent, fantastic 😍
Read more
Helpful
Sending feedback...
Thank you for your feedback.
Sorry, we failed to record your vote. Please try again
Report abuse

Kindle Customer
5.0 out of 5 stars Great book
Reviewed in the United States on 1 September 2015
Verified Purchase
This book has everything wanted in a book. It has humor, suspense, love, sorrow and steamy scenes. The female mates have to work on their powers which builds a bond for them. The battle is horrible and the loses almost had me crying. Great book. I hope there's more to come from the Six.
Read more
Helpful
Sending feedback...
Thank you for your feedback.
Sorry, we failed to record your vote. Please try again
Report abuse

Me N Books
5.0 out of 5 stars Loved it!
Reviewed in the United States on 1 September 2015
Verified Purchase
Loved it!!! After the first two books you totally had to find out what happens and Ryan didn't disappoint.
Read more
Helpful
Sending feedback...
Thank you for your feedback.
Sorry, we failed to record your vote. Please try again
Report abuse