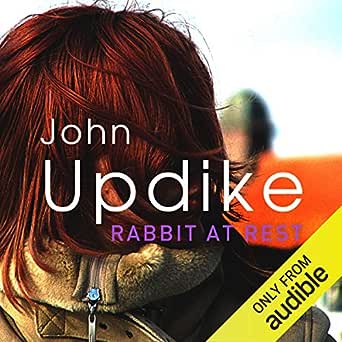 Switch between reading the Kindle book & listening to the Audible narration with Whispersync for Voice.

Marilyn Strauss
5.0 out of 5 stars Equally applicable to the Australian thematic
5 June 2017
Format: Kindle EditionVerified Purchase
The Rabbit series speaks directly to me as it mirrors and helps me understand my 7 decades here in Australia. The erosion of our Australian culture and slavish adoption of Americana seems to have set us on a similar journey of gluttony, obesity, Macmansions and general ignorance.

It would be interesting to get Rabbit's take on what's happening as we approach 2020.

My own view of what I see as the USA's cultural, religious, economic and political influence over Australia declines and we form closer ties with China, Indonesia, Japan and the Internet allows ready access to information and the acquisition of knowledge there is a good chance that Australians will/have a bright future.

I'd recommend this book (and the series) to nearly everyone I know.... I'd be especially pleased if my now adult children whose literary skills far outweigh mine, read and then shared their analysis with me.