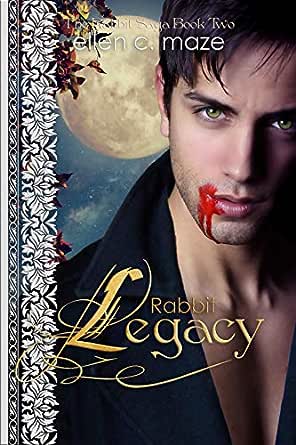 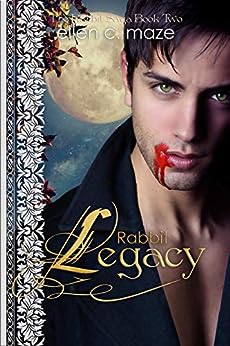 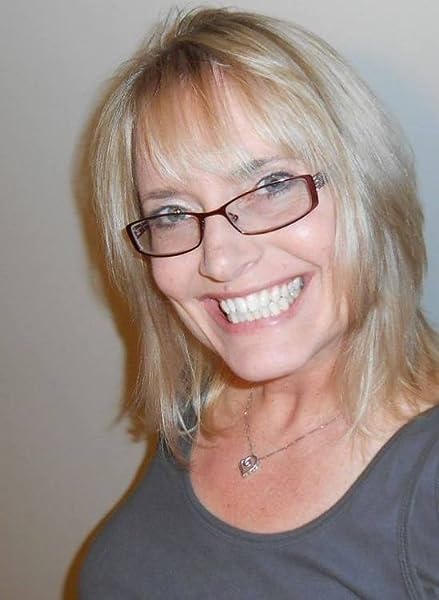 Author of the best-selling vampire novel, Rabbit: Chasing Beth Rider, Ellen C. Maze brings you the next installment of this unique and curiously spiritual thriller. Addicting and delicious, Ellen's brand of story-telling is rife with deep character study and honest emotion. Building characters that she loves deeply, that sentiment carries to the reader as well. Many readers feel that her writing reads 'like a movie in their heads'. Residing in north Alabama, Ellen enjoys wrestling with her cats when not writing. --This text refers to the paperback edition.
click to open popover

Stephanie Bain
5.0 out of 5 stars Face the Music or Pay the Piper
Reviewed in the United States on 31 October 2019
Verified Purchase
At the end of the first book of the series, I definitely wanted the story to go on, but I had no idea what to expect. After all, we're talking vampire-like creatures who are forced to wake up to the Maker's version of reality which they soon discover is the only reality. Everything else in their world is a false front. How are these part-human, part-something-else "baddies" going to deal with their new reality? Who could possibly predict that? Oh, Ellen did. And what's most remarkable, for those among the Rakum who turn away from their former existence and convert to the New Way, it's actually believable. Pulling off a conversion experience that's realistic is not an easy thing to do. Unfortunately, many Christian movies and novels flub "the conversion scene" even with easy characters like the grouchy old man down the street who had given up on God but starts going to church again because the little girl who lives next door brought him a cupcake with cross-shaped sprinkles that remind him of the cupcakes his dead wife used to bake. I don't write that to poke fun at "Christian" fiction but rather to inform readers that this book isn't like that. Honestly, I didn't think it was possible to write a believable "come to Yeshua meeting" that involved the worst of the worst (imagine the Sons of Anarchy, except there are 100,000 of them). But Ellen pulled it off, and I love it. It's the Darth Vader thing. We love it when the bad guy (whom we suspect isn't all bad) repents. We love it when we see that little spark of goodness that the Creator breathed into all of us at conception and it's just enough of the Creator's breath to keep the spark alive even in a whirlwind of wickedness. Speaking of which, there are some new characters in "Legacy" all of whom are fantastic, but then there's Elder Canaan who, as he himself readily admits, is in a class all by himself when it comes to "awesomeness."
Read more
Helpful
Sending feedback...
Thank you for your feedback.
Sorry, we failed to record your vote. Please try again
Report abuse

Amazon Customer
5.0 out of 5 stars Wow!
Reviewed in the United States on 25 June 2011
Verified Purchase
I've just got to say that I am hooked (not as in Rakum hooked)! Another AWESOME read! Who would have thought the sequal would be just as great as the first novel? I could not put this book down. As the story was coming to it's climax, I could feel my heart pounding with anticipation! It has been quite an adventure chasing rabbits! It's a great Vampire tale infused with Chrisitan beliefs, suspense and the unpredictable battle between Good and Evil. Is that even possible? Of course it is, and this author is absolutely brilliant at it. I love how the author describes the characters in this book. She is so descriptive with their looks and personalities, you can almost imagine what they look like and feel like you would be able to recognize them if you ever saw them. Hopefully, I will never have that pleasure! This book left me wanting MORE! If you are looking for something new and different, and are a lover of Vampire tales, this is your book. I would advise that you read Rabbit: Chasing Beth Rider before this one because it picks up where the first book ended. Ellen Maze, I think you are on to something! Hope this isn't the last one!
Read more
3 people found this helpful
Helpful
Sending feedback...
Thank you for your feedback.
Sorry, we failed to record your vote. Please try again
Report abuse

L. Wilson
5.0 out of 5 stars It just keeps getting better!
Reviewed in the United States on 19 April 2011
Verified Purchase
I started the Rabbit series with The Judging and thought, 'this is good, I like the twist on an old tale.' Then I read Rabbit: Chasing Beth Rider and thought, 'Oh my gosh! This is great! I love it!' I just finished Rabbit Legacy, and I must say, these Rabbit books just keep getting better! I love the complicated relationships, the evil struggling with their desire to be good, and how ever character has a job according to God's plan. Great job, Ellen C. Maze! I can't wait to read more!
Read more
One person found this helpful
Helpful
Sending feedback...
Thank you for your feedback.
Sorry, we failed to record your vote. Please try again
Report abuse

Marcus The Reader
5.0 out of 5 stars Great Read!
Reviewed in the United States on 16 January 2011
Verified Purchase
Rabbit Legacy was a great follow up to "Rabbit: Chasing Beth Rider". The characters you love, or in some cases love to hate, come back in a great story. Once again you follow Beth and Michael on a wild ride and learn the impact of time on the characters. The ending is a cliff hanger that leaves you looking at the last page asking dozens of "But what about..?" and "But what happened to..?" questions and leave you anxious for the promised third book.
Read more
Helpful
Sending feedback...
Thank you for your feedback.
Sorry, we failed to record your vote. Please try again
Report abuse

Sarah Olsen
5.0 out of 5 stars Ellen Maze has done it again
Reviewed in the United States on 18 January 2011
Verified Purchase
Rabbit Legacy quickly drew me in and kept me engrossed to the end - I did not want it to end! The combination of vampire genre and Christianity are something that I never imagined tied together until I read Rabbit: Chasing Beth Rider. Rabbit Legacy is the sequel to this book. It picks up 7 years after the first book and is full of action, great character development, and surprises! I can hardly wait for Ellen Maze's next book!
Read more
Helpful
Sending feedback...
Thank you for your feedback.
Sorry, we failed to record your vote. Please try again
Report abuse
Load more international reviews

Josef B
5.0 out of 5 stars Awesome Read!!
Reviewed in the United States on 30 August 2011
Verified Purchase
Awesome continuation of the "Rabbit Trilogy". Enjoyed this book immensely. Can't wait for `Rabbit Redemption'

Great Christian Vampire novel. Different genre then the norm, but pulls you in and doesn't let you go.

mina harker
5.0 out of 5 stars Better than the first!
Reviewed in the United States on 28 March 2011
Verified Purchase
I can't wait to read more by this author! Ellen Maze has a real talent for capturing and holding the readers attention! I am a huge fan..
Read more
One person found this helpful
Helpful
Sending feedback...
Thank you for your feedback.
Sorry, we failed to record your vote. Please try again
Report abuse