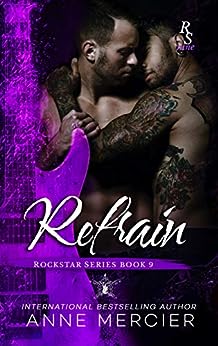 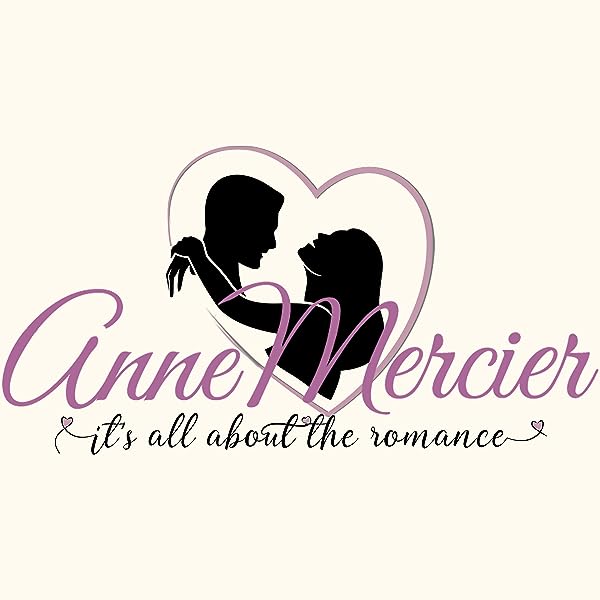 4.6 out of 5 stars
4.6 out of 5
111 global ratings
How are ratings calculated?
To calculate the overall star rating and percentage breakdown by star, we don’t use a simple average. Instead, our system considers things like how recent a review is and if the reviewer bought the item on Amazon. It also analyses reviews to verify trustworthiness.

Lisa040272
5.0 out of 5 stars Refrain...
Reviewed in Australia on 22 July 2019
Verified Purchase
OMG Anne you've done it again. A cliff hanger ending to a superbly written MM book. Love your style girl. Looking forward to September's offerings. I'm sure in my excitement I've missed some clues. I'll have to reread to find them!
Read more
Helpful
Report abuse

Emma
5.0 out of 5 stars OMG....I couldn’t put it down
Reviewed in Australia on 22 July 2019
Verified Purchase
OMG!! I ordered Refrain tonight and now I have stayed up WAY past my bed 🛌 time to finish it because I wasn’t putting that sucker down. Anne Mercier you have done it again!!! Love, love, LOVED it!!! How long do we have to wait for the next book 📖?? 💖💖💖💖💖
Read more
Helpful
Report abuse

shaz68
5.0 out of 5 stars Love this series
Reviewed in Australia on 28 July 2019
Verified Purchase
This is one of my favorite series can't get enough of the falling down family can't wait for the next book.
Read more
Helpful
Report abuse

Lee
5.0 out of 5 stars If you haven’t read this series your missing out on Xenanighans.
Reviewed in Australia on 27 July 2019
Verified Purchase
Wow. Another awesome read by the fabulous Anne Mercier.
I can’t recommend this series enough.
Read more
Helpful
Report abuse

Megan L.
TOP 1000 REVIEWER
3.0 out of 5 stars A little bit of a mess
Reviewed in Australia on 23 July 2019
This book is a little bit of a mess to be honest. I found the writing to be stilted, and despite it being part of a frankly too long series, I wanted and needed background in how Ethan and Linc got together. I wanted the butterflies stage, the newness, the exciting part of first being together. We got none of that.
The timeline when taken into account of all the other books is all over the place, as are some of the details. Correct me if I’m wrong, but wasn’t Dave one of Lucy’s favourite reporters in Rockstar 1? If not this specific one, a name change would be wise.
I also found it hard at times to distinguish POVs. Again, there’s several in this book, some of whom I felt aren’t needed and add to the messiness.
There’s also Spanish in parts which aren’t entirely explained and led me to skimming them. I have no problem with a second language, but only if it’s made clear what’s being said.
I love MM books, but unfortunately for me, this didn’t feel like a MM book. It felt like a normal MF book but with two guys. Isn’t that good? I hear you ask. It is, but MM usually, for me, have something special and this book didn’t. I also wasn’t keen that Cage mentioned fans would be disappointed both Ethan and Linc are gay. Seriously? What the hell?
All in all, I wanted to like this book. I hoped it would get the series back on track, but it just adds to the mess it’s grown into. And don’t get me started on the randomness of the Joey situation... a little lost for me.
Read more
One person found this helpful
Helpful
Report abuse

Samantha Clements
4.0 out of 5 stars Love is love
Reviewed in Australia on 23 July 2019
I have been hanging out for these two, and it didn't disappoint. I loved that the foundation of their terms so strong. The fact that nothing shakes that foundation is amazing, yes There is outside problems but it doesn't affect the love they share. Ethan working through is issues with a therapist and actually communicating was nice to see. So many books glance over that men have troubles that may need more help too. Seeing the rest of the family and how everything is going was great.
There were twists and turns and the ending leaves us hanging for what's next.
Read more
Helpful
Report abuse

Brooke
4.0 out of 5 stars Linc and Ethan
Reviewed in Australia on 25 July 2019
M/M is not something that I would normally read. Anne has written a beautiful romance. Linc and Ethan’s love is passionate and I really enjoyed Refrain. However I did feel that the book just ended.... I wanted more. I can’t wait for the next rockstar book
Read more
Helpful
Report abuse

Jodester169
5.0 out of 5 stars Superb!
Reviewed in Australia on 22 July 2019
Verified Purchase
Refrain is a M/M story about Ethan and Linc. Let me say that Anne has outdone herself. Ethan has always struggled with his past and here he gets to work through his demons with Linc at his side. While their story is told, there are many side stories, one of which literally blows your mind and ends with a cliffhanger. Loved it ♥️
Read more
Helpful
Report abuse
See all reviews

Debbie, 1970, UK
4.0 out of 5 stars Emotive & Full Of Love But Also Brutal & Bruising!!💘🙏🔥💔💥
Reviewed in the United Kingdom on 22 July 2019
Verified Purchase
What a story!😍
Ethan & Linc's love was stunningly beautiful.💜 it was full of all the feels you could ever want & their heat was scorching.🔥💘🔥 This storyline ran alongside much of what's happened in previous books but especially Xander & Tera's 2nd book and the short stories that followed then!👍

I was swept up in the CFD home & it's family of Rockstars & their partners. The two youngest girls , before Xan & Tera's baby's arrives, have the guys in equal parts awe & terror with their wiley ways - hilarity abounds around those situations!😂✨😎 The Mojo is strong in Kiki 😳😏 Seeing the FDB Families again was fantastic!!🌟 La Familigla are around, Of course. They are an integral part of the group's now. They're busy trying to keep threats at bay & everyone safe 🙏

This was a completely emotive read on many levels. There are betrayals, losses, new additions, bigotry & much more.😳😔 Sexy as sin Damian, struts his stuff & he's panty melting in the process.😉🔥There are many light hearted & outright hilarious moments throughout!!😄 I love this series & this book didn't disappoint in anyway!😍💥 I can't wait for book #17 🌟🎉

Kindle Customer
5.0 out of 5 stars Wow
Reviewed in the United Kingdom on 1 August 2019
Verified Purchase
Oh my word. Saying I loved this book is not enough. Anne did it again. Loved Ethan and Linc. Also loved the different points of views from the gang. Oh and Xan when tera went into labour. Five stars really isn't enough. Highly recommended.
Read more
Report abuse

jemma
5.0 out of 5 stars Wow another fantastic 5 star read
Reviewed in the United Kingdom on 22 July 2019
Verified Purchase
Wow another fantastic 5 star read in this series. It just keeps getting better and better. I read it all in one sitting and I've had every type of emotion you can think of. I will definitely be recommending it and i can't wait to see what happens next.
Read more
Report abuse

Caroline Bailey
5.0 out of 5 stars One word excellent
Reviewed in the United Kingdom on 24 July 2019
Verified Purchase
What's not to like love is love it comes in all shapes and sizes all colours and creeds every relationship built on love has that one blessed ingredient LOVE I thoroughly enjoyed it I'm so glad Ethan and Lincoln finally got their ever after fantastic I can't wait for the next instalment of CFD fantastic
Read more
Report abuse

Amazon Customer
5.0 out of 5 stars The wait was indeed worth it....well done Anne
Reviewed in the United Kingdom on 24 July 2019
Verified Purchase
In the beginning I’m going to honestly say I didn’t think this book was for me. I was sceptical on Ethan an Lincs story, I’m so glad I didn’t put it down an leave it unread, I’m glad I kept reading. I cried at a few points laughed a lot an I thoroughly enjoyed it. Once again Anne a amazing book 😘
Read more
Report abuse
See all reviews
Back to top
Get to Know Us
Make Money with Us
Let Us Help You
And don't forget:
© 1996-2021, Amazon.com, Inc. or its affiliates