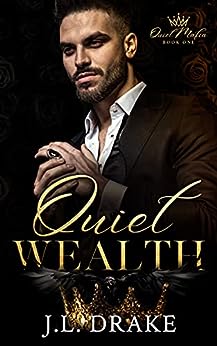 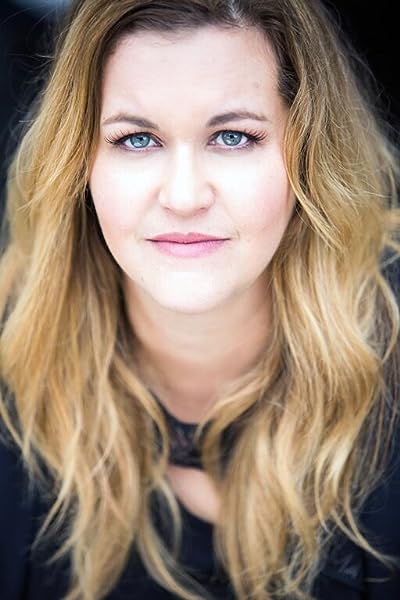 corrinne
TOP 1000 REVIEWER
5.0 out of 5 stars Riveting !
Reviewed in Australia on 22 July 2021
This was soo good! Love mafia books and this was just such a good read, didn’t want to put it down, loved how it started and you didn’t really get into the knitty gritty stuff till later, you got the background story which is so important. Love elio, who couldn’t from the boy to the man! Sienna, strong, Independent with such sass but with vulnerability, such a fear character to ! I love Elios parents and Wyatt cacks me up. But OMG to end how it did, I knew it was but was that engrossed I forgot and wow really ?? Such a big cliffhanger I can not wait for the next book it better be soon ! So In love with the start of this series already!!
Read more
Helpful
Report abuse
See all reviews

Karen
5.0 out of 5 stars My first read by J. L. Drake but not my last, she has hooked me with this book
Reviewed in Canada on 23 July 2021
Verified Purchase
Quiet Wealth
(Quiet Mafia #1)
Written by: J.L. Drake

This is my first J.L. Drake book and if they are all as amazing as this one was, bring it on because I can’t wait for book 2 to come out!

Sienna had been sent to live with DiVaio family at the tender age of 5, this poor girl has grown up knowing nothing of love or protection but only the darkness of having only herself to rely on. She really has no one she can count on in this house that is not a home, until the day she runs from being punished, into the trees around the back of the house and eventually ends up at a pond.

It’s at the pond she meets Elio a boy who befriends her, talks to her, shares secrets with her, leaves notes for her and leaves her food so she won’t go hungry. He is the only thing she has to herself, he keeps her sane, he tells her stories and she learns that he is the only one she can trust. As they grow throughout the years they continue their friendship until it grows to a relationship. She meets his parents; she believes her life is going to change. Until the day she is betrayed and left again by the one family she was sure would never hurt her.

J.L. Drake gives readers a book that has non-stop action that happens from beginning to end. It is emotional, readers are invested in Sienna and Elio and we feel her anger and dispointment when she is left alone again. Why did they leave? Why could they not bring her? Her questions go unanswered for years. During that time she does make a best friend in Wyatt. He takes care of her, they take care of each other, she trusts him because he has stayed with her, is her confidant, her friend, her roommate and coworker.

Fate intervenes and Sienna is reunited with Elio but is it to late?

As this story unwinds we see lies being told, truths being held back and betrayal happening all around Sienna and the man from her past. Just when you think you know everything you need to know, you find out you know nothing and we now wait to find out Sienna’s fate in book two.
Read more
Report abuse

Britany M
5.0 out of 5 stars Best Bookhangover ever!
Reviewed in Canada on 22 July 2021
Verified Purchase
She did it again! Just when you think you’ve got it figured out, here comes the nail to the hand! One of the best cliffhangers Jodi has written. Sienna is a tough heroine but she is completely thrown by the mafia world she is dropped into. Elio is the Devil in a designer suit but when Sienna returns, his course changes to ensure she isn’t left behind again.
Read more
Report abuse

Kerri MacPherson
5.0 out of 5 stars She did it again!
Reviewed in Canada on 29 July 2021
Verified Purchase
In true J.L. Drake fashion, she sucks you in and tosses you around, then spits you out with that cliffhanger!
This is a great dark ,seductive, action packed, keep you guessing all while you fall in love with these characters.
Can't wait for the next book, I am loving this new Mafia world.
Read more
Report abuse

Maggie
5.0 out of 5 stars Cliffhanger Queen is at it again!!
Reviewed in the United States on 22 July 2021
Verified Purchase
Hands down one of my favorite MAFIAs. Talk about getting hooked from the beginning! This book put me through so many emotions, ups and downs, twists and turns, I just couldn't put it down and when I did, I went right back and read it again.

"I am not going to ask you to be my girlfriend just yet. I want to earn it and prove to you we are meant to be together"

Yup that alone should make you want to read this book. I loved the characters and the family dynamics but also knowing it's a mafia you need to dig deep to figure it out. And in J.L. Drake fashion she makes it Jaw-Dropping Impossible! I may have used a few explicit words at the ending.
Definitely ONE CLICK, don't wait, trust me!!
Read more
5 people found this helpful
Report abuse

JJ
5.0 out of 5 stars Cliffy Queen
Reviewed in the United States on 22 July 2021
Verified Purchase
Secrets, betrayal, love and death. This story takes us on a dark journey into each of these. Drake had me completely invested in these characters from the very first chapter. She doesn’t ease you into it either. She thrusts you right into the tragic side of life but then lulls you into this place of safety and healing to once again, pull the rug right out from under you.

This is not your typical mafia romance and Elio is not your typical underboss. He didn’t have a choice in which path he would take, but such is life when you are born into the la familia. He’s the perfect combination of dangerous, and passionate, especially when it comes to his family and Sienna, but not all is as it seems.

Sienna is feisty, kind and loyal, despite the amount of heartaches she has faced in her life. And man, has it been cruel to this poor girl. With the help of her BFF Wyatt, she takes a big leap to find answers to the mysteries that surround her life and what happens next propels her onto a dark path she never saw coming.

Secrets, betrayal, love and death. They are bountiful and they will face them all together and individually, but It’s not up to them who will be the victor in the end. True to Drake fashion, she won’t make it easy on you and will keep you wanting until the very last word.
Read more
4 people found this helpful
Report abuse
See all reviews
Back to top
Get to Know Us
Make Money with Us
Let Us Help You
And don't forget:
© 1996-2021, Amazon.com, Inc. or its affiliates