Temporarily out of stock.
Order now and we'll deliver when available. We'll e-mail you with an estimated delivery date as soon as we have more information. Your account will only be charged when we ship the item.
Delivery Rates and Return policy
$15.12
+ $3.00 Delivery
Sold by: RarewavesUSA
Sold by: RarewavesUSA 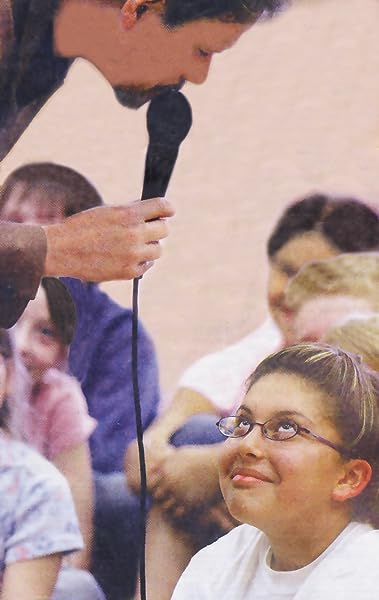 by Douglas Wood (Author), Dan Andreasen (Illustrator)
4.8 out of 5 stars 65 ratings
See all formats and editions
Sorry, there was a problem loading this page. Try again.

"The pretty, framed, full-page pictures have an old-fashioned Saturday Evening Post feel to them."
--Booklist

"In his latest effort, Wood hearkens back to a simpler time to suggest an alternative to the modern child....Solid soul guidance for a media-saturated society."
--Kirkus Reviews

Douglas Wood is the author of A Quiet Place as well as the New York Times bestselling Can’t Do series. His books Old Turtle and Old Turtle and the Broken Truth were both international bestsellers. He lives in a cabin in the woods of Minnesota. A studied naturalist, Douglas shares his knowledge of nature as a wilderness guide. Visit him at DouglasWood.com.

Dan Andreasen is the illustrator of numerous picture books, including By the Dawn’s Early Light: The Story of the Star-Spangled Banner by Steven Kroll, which was named an ABA Kids’ Pick of the Lists and a Notable Children’s Trade Book in the Field of Social Studies; A Quiet Place by Douglas Wood; and Sailor Boy Jig by Margaret Wise Brown. He has also authored several picture books, including With a Little Help from Daddy and A Special Day for Mommy. Dan lives with his family in Medina, Ohio.

Start reading DEN'S ARRANGEMENT OF A QUIET PLACE: by Ralph Carmichael on your Kindle in under a minute.

Douglas Wood has been called “Minnesota’s renaissance man”. Author, artist, musician, naturalist, wilderness guide, he is the creator of thirty-seven books for adults and children, with over two and a half million copies in print. His first book, Old Turtle, was hailed as a “profound work” and an “instant classic”. Translated widely, it has received many honors. A number of other books are also award winners and N.Y. Times bestsellers, including Grandad’s Prayers of the Earth, Miss Little’s Gift and his humorous What Grown-ups Can’t Do series. Doug has read and performed at the White House, with full choir and orchestra at New York’s famed Lincoln Center, and many other extraordinary venues across the country. Two widely acclaimed new titles--Old Turtle: Questions of the Heart and the outdoor memoir Deep Woods, Wild Waters, were released in 2017. Doug’s latest picture book for children, Americans, was published in 2018. As a wilderness guide, he has led scores of expeditions from the Boundary Waters to the Northwest Territories.

Among his many honors and awards, Douglas Wood is the recipient of:

The American Booksellers Book of the Year –ABBY Award

The International Reading Association Book of the Year

Barnes and Noble Star of the North

Lifetime Achievement Award from the MN. Association for Environmental Education.

Douglas Wood lives with his family in a log cabin in the pines by the Mississippi River.

4.8 out of 5 stars
4.8 out of 5
65 global ratings
How are ratings calculated?
To calculate the overall star rating and percentage breakdown by star, we don’t use a simple average. Instead, our system considers things like how recent a review is and if the reviewer bought the item on Amazon. It also analyses reviews to verify trustworthiness.

Amirah K.
5.0 out of 5 stars Favourite Children’s Book
Reviewed in Canada on 9 March 2019
Verified Purchase
One of my favourite children’s books. Loved the thought of being introspective to find peace and quiet.
Read more
Report abuse

Marlene Strudwick
5.0 out of 5 stars Five Stars
Reviewed in Canada on 24 January 2017
Verified Purchase
A lovely book that is very calming to read to a child.
Read more
Report abuse

lindsay
5.0 out of 5 stars Five Stars
Reviewed in Canada on 22 August 2014
Verified Purchase
great
Read more
Report abuse
See all reviews
Back to top
Get to Know Us
Make Money with Us
Let Us Help You
And don't forget:
© 1996-2021, Amazon.com, Inc. or its affiliates