$45.21
+ FREE Delivery
Sold by: The Nile Australia
$38.68
+ $8.95 delivery
Sold by: BuyGlobal
Flip to back Flip to front
Listen Playing... Paused   You're listening to a sample of the Audible audio edition.
Learn more
See all 10 images 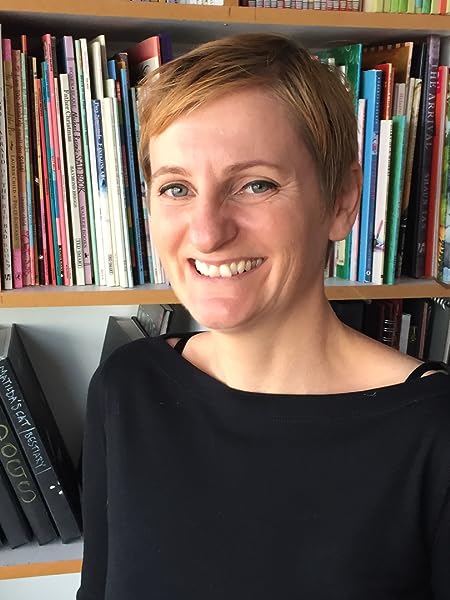 Quidditch Through the Ages - Illustrated Edition: A magical companion to the Harry Potter stories Hardcover – 6 October 2020

A treasure trove of Quidditch memorabilia - this full-colour Illustrated Edition of J.K. Rowling's Quidditch Through the Ages brings together one of the world's best loved storytellers with the creative genius of Emily Gravett, twice winner of the Kate Greenaway Medal.

J.K. Rowling is best known as the author of the seven Harry Potter books, which were published between 1997 and 2007. The enduringly popular adventures of Harry, Ron and Hermione have gone on to sell over 500 million copies, be translated into over 80 languages and made into eight blockbuster films. Alongside the Harry Potter series, she also wrote three short companion volumes for charity: Quidditch Through the Ages and Fantastic Beasts and Where to Find Them, in aid of Comic Relief and Lumos, and The Tales of Beedle the Bard, in aid of Lumos. J.K. Rowling collaborated with playwright Jack Thorne and director John Tiffany to continue Harry's story in a stage play, Harry Potter and the Cursed Child, which opened in London in 2016 and is now playing worldwide. In the same year, she made her debut as a screenwriter with the film Fantastic Beasts and Where to Find Them, the first in a series featuring Magizoologist Newt Scamander, which was inspired by the original companion volume. J.K. Rowling has also written a standalone novel, The Casual Vacancy, and is the author of the Strike crime series under the pseudonym Robert Galbraith. Both have been adapted for television. She has received many awards and honours, including an OBE and a Companion of Honour for services to literature and philanthropy. She lives in Scotland with her family.

Emily Gravett is an award-winning children's author and illustrator who lives in Brighton, England. She is the winner of the Kate Greenaway Medal for Wolves and Little Mouse's Big Book of Fears.

4.9 out of 5 stars
4.9 out of 5
580 global ratings
How are ratings calculated?
To calculate the overall star rating and percentage breakdown by star, we don’t use a simple average. Instead, our system considers things like how recent a review is and if the reviewer bought the item on Amazon. It also analyses reviews to verify trustworthiness.

ChrisPduck
5.0 out of 5 stars Stunning, stylish and hilarious
Reviewed in the United Kingdom on 23 October 2020
Verified Purchase
Oh.... what can I say about this absolutely gorgeous book - it's beyond good! An absolute must for any self-respecting Harry Potter fan, adult or child (are there any children who read HP now or are we all grown up and still loving it?). It's so beautifully illustrated and totally hilarious and whilst you're reading it, you'll get so immersed, you'll actually start to believe that Quidditch is a real sport and wonder why the latest match results aren't on the telly on a Saturday night along with the Football! Buy it now and keep it for Christmas - these books will probably become scarce later on. Plus, it's 'annual' sized, so it's pretty impressive. I did actually think it would be a lot smaller so I was well-pleased when I saw how big it was.
Read more
6 people found this helpful
Report abuse

Mrs. G. M. Mccullough
5.0 out of 5 stars Illustrated Quidditch through the ages
Reviewed in the United Kingdom on 20 November 2020
Verified Purchase
I bought this for my 15 year old grandson as part of his Christmas presents. We were talking about it when we found out that some of it is based in my home town
Read more
Report abuse

C. White
5.0 out of 5 stars Beautiful
Reviewed in the United Kingdom on 16 January 2021
Verified Purchase
Emily Gravetts illustrations really bring this book to life. My Harry Potter obsessed 9yo has loved reading and looking through it.
Read more
Report abuse

Diana A. Patterson
5.0 out of 5 stars Illustrations are smashing
Reviewed in the United Kingdom on 21 October 2020
Verified Purchase
The quality of the illustrations, their wit, and their erudition are unparalleled in all the illustrated versions of the books -- and I do like all of them. But this goes above and beyond, partly because Emily Cravett has done research to support her talent, but also because this text is so small and bizarre, there is much scope for illustration. Hurray!
Read more
Report abuse

Kindle Customer
5.0 out of 5 stars Great book
Reviewed in the United Kingdom on 4 January 2021
Verified Purchase
My daughter has not put this book down this Christmas!!
Read more
Report abuse
See all reviews
Back to top
Get to Know Us
Make Money with Us
Let Us Help You
And don't forget:
© 1996-2021, Amazon.com, Inc. or its affiliates