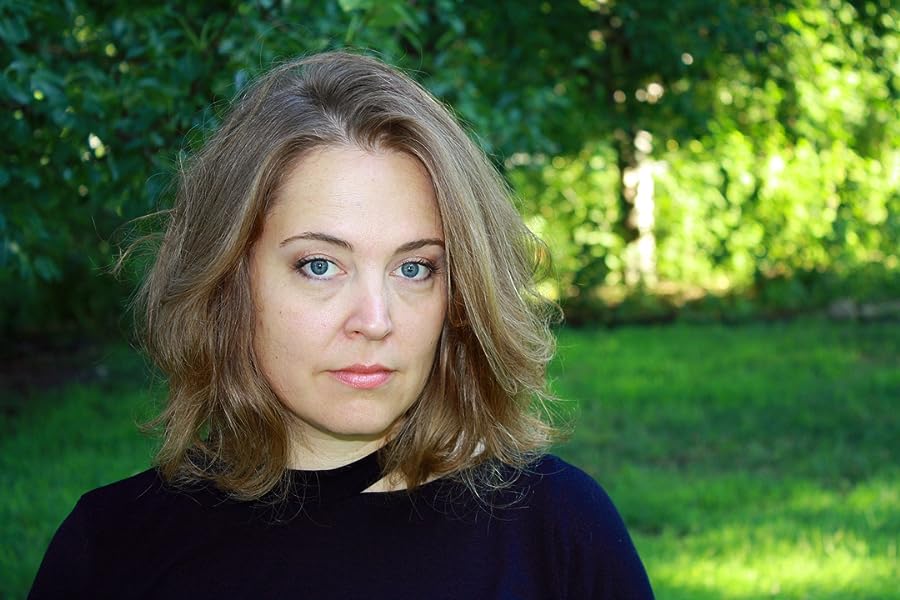 by Tessa Gratton (Author)
4.1 out of 5 stars 101 ratings
See all formats and editions
Sorry, there was a problem loading this page. Try again.

A KINGDOM AT RISK, A CROWN DIVIDED, A FAMILY DRENCHED IN BLOOD

Tessa Gratton's debut epic adult fantasy, The Queens of Innis Lear, brings to life a world that hums with ancient magic, and characters as ruthless as the tides.

The erratic decisions of a prophecy-obsessed king have drained Innis Lear of its wild magic, leaving behind a trail of barren crops and despondent subjects. Enemy nations circle the once-bountiful isle, sensing its growing vulnerability, hungry to control the ideal port for all trade routes.

The king's three daughters – battle-hungry Gaela, master manipulator Reagan, and restrained, starblessed Elia – know the realm's only chance of resurrection is to crown a new sovereign, proving a strong hand can resurrect magic and defend itself. But their father will not choose an heir until the longest night of the year, when prophecies align and a poison ritual can be enacted.

Refusing to leave their future in the hands of blind faith, the daughters of Innis Lear prepare for war – but regardless of who wins the crown, the shores of Innis will weep the blood of a house divided.
Read more
Previous page
Next page

‘Tessa Gratton creates a beautiful world, one where there’s magic in the trees and water, and prophecies come from the stars … reminiscent of Angela Carter’s reworkings of classic fairytales’
SFX

‘Powerful, poetic fantasy that will take hold of your heart’
Ed McDonald, author of BLACKWING

‘I adore this – rich, epic, blood-soaked – a glorious and grand sweeping fantasy’
Kate Elliott, author of THE POISONED BLADE

‘A gloriously symphonic, thematically rich variation on the story of the daughters of Lear. The danger of seeking certainty makes this a tale for our time; the power of truth and mercy makes it a tale for all times. Prepare to devour every word, for Innis Lear will consume you’
Karen Lord, author of REDEMPTION IN INDIGO

Tessa Gratton has wanted to be a paleontologist or a wizard since she was seven. Alas, she turned out too impatient to hunt dinosaurs, but is still searching for a someone to teach her magic. After traveling the world with her military family, she acquired a BA (and the important parts of an MA) in Gender Studies, then settled down in Kansas with her partner, her cats, and her mutant dog. She now spends her days staring at the sky and telling lots of stories about magic.
Start reading The Queens of Innis Lear on your Kindle in under a minute.

Tessa Gratton is the author of adult SFF, The Queens of Innis Lear and Lady Hotspur from Tor Books, as well as several YA series and short stories which have been translated into twenty-two languages. Her most recent YA is the original fairy tale Strange Grace from McElderry Books. Though she has lived all over the world, she currently lives alongside the Kansas prairie with her wife. She is the associate director of Madcap Retreats and worked as the lead writer for Serial Box Publishing’s project Tremontaine. Visit her at tessagratton.com.

4.1 out of 5 stars
4.1 out of 5
101 global ratings
How are ratings calculated?
To calculate the overall star rating and percentage breakdown by star, we don’t use a simple average. Instead, our system considers things like how recent a review is and if the reviewer bought the item on Amazon. It also analyses reviews to verify trustworthiness.

Sallie Raven
2.0 out of 5 stars Never Judge A Book By Its Cover.
Reviewed in the United Kingdom on 4 September 2018
Verified Purchase
Seduced by the sumptuous U.K. hardback cover of The Queens of Innis Lear, I fell into the 568 page tome, only to find that it was actually a tomb.
By page 78 I was still struggling to pick up the sense, the feel, the direction of this story, not having read the Shakespeare original.
My goodness what a lot of words and sentences! But they have to mean something, have an “adding to” capacity to the characters, the mood, and the story, not just be there without purpose.
Personally I like a long book, I have just read a trilogy, and each book had over 700 pages. And it never felt onerous as the action was interesting, the characters deep and the story really captivating.
The thing that really lost me with The Queens of Innis Lear however, was that almost every other chapter was, like “2 years ago/ 10 years ago /5 years ago/20 years ago”, quite randomly time-wise, perhaps relative to the story, but I had started to skip those sections in order to try and hang onto the plot.
Scooted to the last few chapters - before I lost the will to live - which at least carried the story succinctly to its conclusion.
If this had been more concise, directed, it could have been an exciting read. The good bones are there. I’m sorry, as the author sounds an interesting person.
P.S. Even the gold is rubbing of the cover.
Read more
9 people found this helpful
Report abuse

B.S
5.0 out of 5 stars Excellent
Reviewed in the United Kingdom on 6 January 2020
Verified Purchase
The book arrived quickly and in excellent condition. I have wanted to read this for ages, and I wasn’t disappointed.
Read more

5.0 out of 5 stars Excellent
Reviewed in the United Kingdom on 5 January 2020
The book arrived quickly and in excellent condition. I have wanted to read this for ages, and I wasn’t disappointed.
Images in this review

R. Purdy
5.0 out of 5 stars Fantasy with the focus on characters
Reviewed in the United Kingdom on 28 November 2018
Verified Purchase
An enthralling story of love and betrayal with a vivid landscape. The writing pulled me into the story. The book builds through a patchwork of the current storyline and back story in the past.
Read more
One person found this helpful
Report abuse

Sara L
4.0 out of 5 stars As King Lear is my favourite of Shakespeare's tragedies I had a firm grasp on ...
Reviewed in Canada on 14 July 2018
Verified Purchase
If you have been looking for a Shakespeare retelling that is both respectful to its source material while also carving a path for itself within the fantasy genre, then The Queens of Innis Lear is for you.

The Queens of Innis Lear tells the fantastical tale of the kingdom of Innis Lear, its prophecy-obsessed King, Lear, and his three daughters: Gaela, Reagan, and Elia, as the crown is passed from father to daughter(s) leading the players and the kingdom to the brink of all out war.

Gratton's prose were absolutely breathtaking that I almost forgot that I was reading a 575 page monstrosity. As King Lear is my favourite of Shakespeare's tragedies I had a firm grasp on the play, its characters, and themes when going into this that I couldn't help but appreciate all of the Easter eggs that were sprinkled throughout the novel . The reason I am saying this is if you want to appreciate what exactly Gratton did, do yourself a favour and at least read the SparkNotes version of the Shakespeare play.

The fantastical elements of The Queens of Innis Lear was quite inventive of Gratton. In the novel there are those who believe in the stars and those who believe in the trees. There are of course consequences to using either of them, leaving the reader conflicted, as it is for everything in this novel, and by the end my reading l I felt that I had ingested some rootwaters of Innis Lear, left to pick up the pieces of whether the magic was worth using at all.

Much like Shakespeare, Gratton's story is truly elevated by its morally gray cast of characters. The three queens were absolutely stunning to read about. Usually I am not one to enjoy novels that flip from the present to the past but each detail included about the queens was necessary for the conclusion of the novel. As with the play I disliked Gaela and Reagan, feeling sympathy only for Elia, the only one actually doing things for the good of the people rather than corruptly for herself. Plus, the love triangle between Elia, Ban the Fox, and Morimaros made for an explosive finale. My only issue with the characters is that there wasn't enough eye gouging. I'm weird with my appreciation of the play and hyper focus on the torture technique of eye gouging.

Karen
5.0 out of 5 stars Superbe et magique
Reviewed in France on 9 December 2019
Verified Purchase
C'est je pense ma lecture préférée de l'année.
Read more
Report abuse
Translate review to English
See all reviews
Back to top
Get to Know Us
Make Money with Us
Let Us Help You
And don't forget:
© 1996-2022, Amazon.com, Inc. or its affiliates