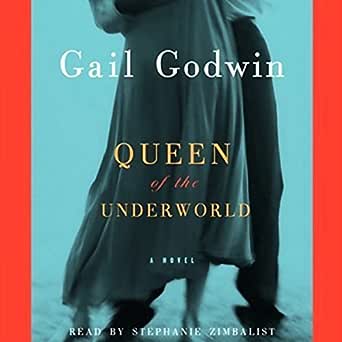 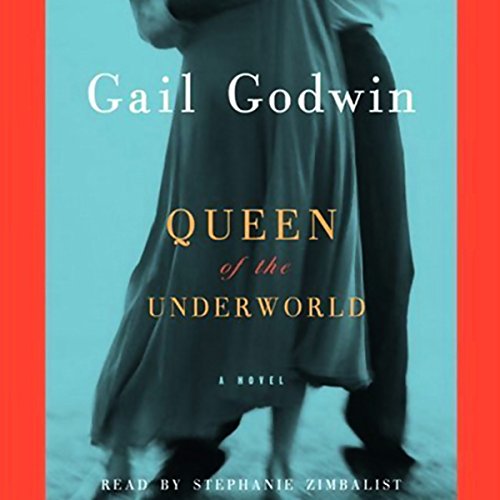 Queen of the Underworld: A Novel

3.2 out of 5 stars
3.2 out of 5
8 global ratings
How are ratings calculated?
To calculate the overall star rating and percentage breakdown by star, we don’t use a simple average. Instead, our system considers things like how recent a review is and if the reviewer bought the item on Amazon. It also analyses reviews to verify trustworthiness.

the real lily bart
1.0 out of 5 stars Major disappointment from a favorite writer
Reviewed in the United States on 2 April 2006
Verified Purchase
I had eagerly awaited the latest from a writer who has been among my favorites for more than 20 years. What disappointment this unironic, nostalgic treatment of a smarty-pants, self-absorbed, ambitious 22-year-old is! Despite glimmers of Godwin's trademark powers of oberservation and characterization, it is a trial for any adult to hang with this self-centered adolescent character whom the author, perhaps through the glow of hindsight from old age, finds as interesting as Emma Gant finds herself.
Read more
3 people found this helpful
Report abuse

Mr. August
2.0 out of 5 stars Who really wrote this novel?
Reviewed in the United States on 5 July 2006
Verified Purchase
I still cannot believe it's Gail Godwin writing this novel. It seemed as if it were written by someone else in the 1950's and then updated with uncensored language. The main character was too well adjusted and independent given her history of abuse by her stepfather. This abuse did not stop her from having a guilt-free affair with a much older man. I can understand that she needed to be aggressive but she was sometimes too savvy for her age and then too naive based on her background. It was difficult to finish, a disappointment for me.
Read more
4 people found this helpful
Report abuse

Foster Corbin
5.0 out of 5 stars The Education Of A Young Woman
Reviewed in the United States on 6 March 2006
Verified Purchase
Gail Godwin's latest novel is all about Emma Gant, recently graduated from a university in North Carolina, and embarking on her first real job as a beginning reporter (she writes obits) for the MIAMI STAR. Apparently we are to think of both Jane Austin's EMMA and Thomas Wolfe's LOOK HOMEWARD ANGEL when we meet this character. She has all the enthusiasm and naivete we expect from a young woman who celebrates her twenty-second birthday during the week or so that this novel spans in 1959. A bourbon and beer girl, she hardly knows the difference between a yarmulke and a guayabera, is subject to the many pitfalls that a novice makes on any beginning career and of course encounters the sexism at the newspaper we would expect from males of that era. She sometimes asks the wrong questions and is provincial when it comes to world events. She works hard, however, at being sophisticated and hopes that not many people in the Julia Tuttle, the hotel where she is staying, will witness her first visit to the hotel pool since neither her swimsuit nor her Bass Weejuns are what a fashionable young woman would be wearing. Naive she may be, but not too naive to be having an affair with Paul Nightingale, a Jewish restaurant owner twenty years her senior, and not above taking money from his unsuspecting wife to purchase an expensivse pair of pumps from Saks Fifth Avenue.

Godwin makes both Emma and the many characters she encounters, many of them refugees who have fled Castro's Cuba, as well as the City of Miami itself, come alive in vivid detail: Paul's Aunt Stella, a survivor of the Holocaust and a designer of custom perfumes; Alex de Costa, a Cuban American hotel employee who has a mild crush on Emma; his many-times-married mother Lidia; Emma's mother's friend Tess; the newspaper employees et al. Most importantly, however, is the suicidal character Ginevra Snow, the "queen of the underworld," a retired madam now married to a psychiatrist, with whom Emma becomes obsessed. From key lime pie to Howard Johnson's to the humidity, Godwin gets the city just right as well.

With language that only a first class writer is capable of, Godwin guides the reader through the education of this young woman with humor and flair. Emma quickly learns some lessons she didn't count on-- about her friend Tess and her lover Paul in particular. Godwin, however, leaves the reader wanting more, as we do not know how successful Emma will be on her new outpost away from the downtown Miami location of the paper, what will be the outcome of her complicated relationship with Paul, and will she ever write about the Queen of the Underworld?

If you believe that a good fiction writer should first and foremost tell a good story, than Ms. Godwin meets all the requirements. Secondly she has created a person all of us can identify with as practically everyone under the sun has had to live through the early days of being on his or her own for the very first time.

Amazon Customer
4.0 out of 5 stars engaging!
Reviewed in the United States on 19 March 2006
Verified Purchase
I found this book, like others Godwin has written, thoroughly engaging. However, I have two complaints, neither of them about Godwin:

First, the Joyce Carol Oates blurb on the dust cover: don't read it before reading the book. It anticipates the ending.

Second, reviewers who tell the book's story in their reviews. That's not the reviewer's job; it is unfair to the author and potential readersl
Read more
One person found this helpful
Report abuse

E. Brunn
5.0 out of 5 stars Portrait of a Writer as a Young Woman
Reviewed in the United States on 3 January 2016
Verified Purchase
This portrait of a writer as a young woman in the 1950s is now one of my favorite. Both romantic and sharp, it's a needed addition to the male canon.
Read more
Report abuse
See all reviews
Get FREE delivery with Amazon Prime
Prime members enjoy FREE Delivery and exclusive access to movies, TV shows, music, Kindle e-books, Twitch Prime, and more.
> Get Started
Back to top
Get to Know Us
Make Money with Us
Let Us Help You
And don't forget:
© 1996-2020, Amazon.com, Inc. or its affiliates