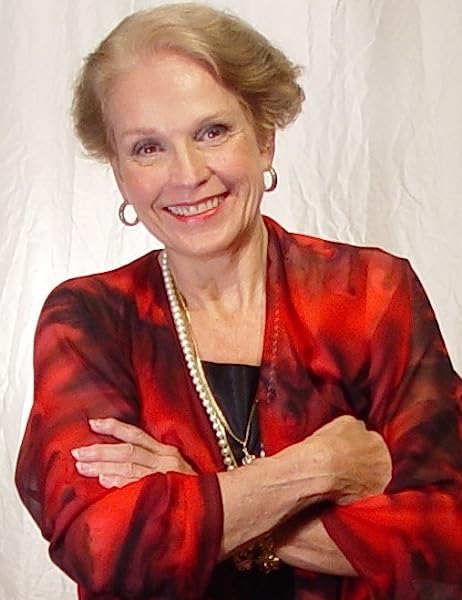 4.3 out of 5 stars
4.3 out of 5
48 global ratings
How are ratings calculated?
To calculate the overall star rating and percentage breakdown by star, we don’t use a simple average. Instead, our system considers things like how recent a review is and if the reviewer bought the item on Amazon. It also analyses reviews to verify trustworthiness.

zimmom
3.0 out of 5 stars Grow up Lin!
Reviewed in the United States on 1 March 2015
Verified Purchase
Just not my favorite book by Haywood Smith. I read this one and the sequel, and sadly, the storyline did not redeem itself. The main character is Lin, she is just too much work for anyone and was just not a likable, believable character. The Mame and Tommy, I like them. I like to like the main characters of a book, but in the case, I just didn't, so guess that is why I didn't care much for this one. She is needy and opinionated and has no filter and the whole Poor Baby phone calls were ridiculous, for the most part. I like stories set in the South, I like to read about that lifestyle, and that part of the book was good, the big meals, the flowers, the traditions, but for the most part, the characters left me wanting more.
Read more
One person found this helpful
Report abuse

J. Grattan
4.0 out of 5 stars Recovery in a small Southern town
Reviewed in the United States on 8 April 2004
Verified Purchase
"Queen Bee" is a book that explores the processes of self-examination and recovery from life's abrupt curves in the setting of a small Southern town that has both supportive as well as suffocating aspects. Fifty-year-old and newly divorced Linwood Scott did not want to move back to her childhood home in Mimosa Branch, GA to live with her overbearing, elderly parents and an aunt, uncle, and brother - all with medical or personal problems. But Lin's life had taken a dramatic left turn when her husband of thirty years completely depleted the family's financial resources in an out-of-control pursuit of an exotic dancer.
Though leery of the closeness and nosiness of her hometown, Lin quickly finds support among old friends, even finding work in a drugstore where she worked as a teenager. The author has a keen eye for the Southern manners, think, and talk that Lin had gotten away from in her life as a suburban matron. But the nagging issue for Lin is to come to grips with her apparent lack of understanding of men.
The author conveniently supplies the male element in the form of the smooth, handsome owner/pharmacist of her drugstore. Lin, despite many misgivings, simply cannot resist his charms and her own needs for self-reclamation. Though Lin gains strength from an affair, it is done at the sacrifice, as many readers may feel, of the doc to stereotypical characterization.
In addition, the concerns of the political corruption of Mimosa Branch, a not uncommon fact of small-town Southern life, provide a useful device for the repair of Lin's self-assurance, as she becomes a part of a vigorous campaign to combat the forces of city hall.
There may be just a bit too much feel-good about this novel. It is not totally implausible that many long-standing family issues can be resolved, a completely disconsolate and rejected woman finds herself and triumphs over an insensitive male, and the town's boss is sent packing, all within a few weeks, but belief may be stretched. Nonetheless, the novel does have a certain appeal.
PS. For non-Georgian readers, Mimosa Branch is the pseudonym for the very real town of Flowery Branch.
Read more
5 people found this helpful
Report abuse

Aefine
1.0 out of 5 stars Terrible book
Reviewed in the United States on 24 August 2019
Verified Purchase
This is a garbage book. Don't waste your time.
Read more
Report abuse

Alisa S. Peterson
1.0 out of 5 stars This is the worst book! Don't bother
Reviewed in the United States on 14 August 2019
Verified Purchase
Read anything else.

I would recommend this book seller. They did great.
Read more
Report abuse

Joseph Ortiz
4.0 out of 5 stars Daughter Gift
Reviewed in the United States on 19 August 2019
Verified Purchase
She enjoyed
Read more
Report abuse
See all reviews
Back to top
Get to Know Us
Make Money with Us
Let Us Help You
And don't forget:
© 1996-2021, Amazon.com, Inc. or its affiliates