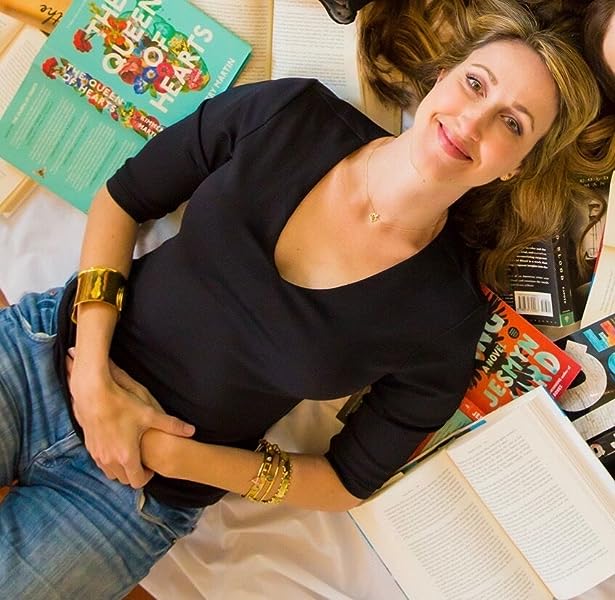 by Kimmery Martin (Author)
4.4 out of 5 stars 628 ratings
See all formats and editions
Sorry, there was a problem loading this page. Try again.

Page 1 of 1 Start overPage 1 of 1
Previous page
Next page
Start reading The Queen of Hearts on your Kindle in under a minute.

Praise for The Queen of Hearts
One of Real Simple's "Best Books of 2018"
Named a Most Anticipated Book of 2018 by Southern Living, Elite Daily, and Writer's Digest

"Martin leverages her own background as a doctor to great effect throughout...[she] is equally insightful about many aspects of long-term female friendships, especially the blind spots that they often contain by necessity."--The New York Times "A gripping and emotional novel perfect for fans of Meredith and Christina's iconic friendship, The Queen of Hearts is the perfect book for fall."--Bustle "Martin's extraordinary sensitivity and empathy shines through during moments of crisis, which draw out the subtle, complex shades of her characters...the beautifully rendered characters and compelling, rhythmic storyline make The Queen of Hearts a thrilling read, and a fascinating look into the medical world. It's an impressive debut, full of warmth and excitement."--The Harvard Crimson "Fans of Grey's Anatomy are sure to enjoy this new release, a novel about friendship, success, and secrets set amid the day-to-day drama of a hospital in Charlotte, North Carolina."--Southern Living "Kimmery Martin's excellent debut novel serves up an irresistible mix of romance, ER drama, friendship and betrayal. Martin, a physician herself, writes in a clear and lively way....In her hands, dramatic hospital scenes and routine kitchen conversations are equally compelling."--BookPage "A secret from two doctors' pasts may put what they cherish most under the knife: their friendship. A book about female friendships that unapologetically wears its heart on its sleeve."--Kirkus Reviews "Martin's debut novel, about pediatric cardiologist Zadie Anson and trauma surgeon Emma Colley, is a medical drama executed with just the right balance of intensity, plot twists, tragedy, and humor...A remarkably absorbing read."--Booklist

"Whip-smart and full of heart, Martin expertly weaves the threads of friendship, love and betrayal into a story that crackles with humor and compassion. A brilliant debut."--Lisa Duffy, author of The Salt House

"In The Queen of Hearts, debut author Kimmery Martin brings humor and insight into this exploration of friendships and secrets set in the fascinating world of practicing doctors. She effortlessly weaves the past and the present to bring you all sides of this nuanced story. Part mystery and part exploration of the human heart, Martin has a cure for what ails both her characters and their relatable problems. Sure to be a hit with fans of JoJo Moyes and Liane Moriarty."--Catherine McKenzie, bestselling author of Hidden and The Good Liar "In The Queen of Hearts, Kimmery Martin deftly weaves a tale of friendship and betrayal, family and lost love, the choices that define us and the secrets that keep us. Brimming with wit, intelligence, humor, and warmth, this dazzling debut teaches us about the heart's surprising resilience. Kimmery Martin is a new voice to watch."--Sarah Domet, author of The Guineveres Full of wit, subtext, and (of course) heart. Martin's writing is smart, compassionate, and just plain entertaining. I can't wait to see what she comes up with next!--Jessica Strawser, author of Almost Missed You "Martin's voice is sharp and authentic in this captivating debut about two old friends and the scorching secret that nearly destroys them. Your heart will be thumping until the final page."--Emily Liebert, author of Some Women "Intense, vivid and sometimes surprisingly funny, The Queen of Hearts gives readers a behind-the-scenes look at the world of female physicians. Martin moves effortlessly between the women's highly relatable suburban lives and the literally cutting-edge drama of their work."--Kim Wright, author of Last Ride to Graceland, 2017 winner of the Willie Morris Award for Southern Fiction

"Tragedy and secrets refuse to stay buried in this fast-paced and clever exploration of the storied connection between Emma and Zadie. As wives, mothers, and physicians, they are just as susceptible to life and its multicolored traumas as any of the souls they care for."--Nadia Hashimi, international bestselling author of The Pearl that Broke Its Shell "If you love Big Little Lies and medical dramas such as Grey's Anatomy and ER, there is no better book for you than The Queen of Hearts."--Hypable

Named a Most Anticipated Book of 2018 by Southern Living, Elite Daily, and Writer's Digest A debut novel set against a background of hospital rounds and life-or-death decisions that pulses with humor and empathy and explores the heart's capacity for forgiveness . . .

Kimmery Martin is an emergency medicine doctor, born and raised in the mountains of Eastern Kentucky. A lifelong literary nerd, she reviews books, interviews authors, and works extensively with the library foundation in Charlotte, North Carolina, where she resides with her husband and three young children. The Queen of Hearts is her first novel.
Read more

4.4 out of 5 stars
4.4 out of 5
628 global ratings
How are ratings calculated?
To calculate the overall star rating and percentage breakdown by star, we don’t use a simple average. Instead, our system considers things like how recent a review is and if the reviewer bought the item on Amazon. It also analyses reviews to verify trustworthiness.

anjali s
4.0 out of 5 stars For the fans of medical drama!
Reviewed in India on 21 June 2018
Verified Purchase
To be honest, this book first caught my attention because of its gorgeous cover. The blurb made me more excited, because the story was about doctors. So didnt waste anytime grabbing a copy of this book for myself.

The book follows the life of two friends, Zadie and Emma, who have been friends since college and remain friends many years after college, theough their marriage and kids. The story starts when, Nick , who was a part of their life in Med school returns to their life and bring with him a secret which Emma had kept from Zadie in their traumatic third year at med school. This secret had the power to completely ruin their friendship. The rest of the book follows their present and past life ultimately leading to the reveal of the secret and what paved the way for it.

The story is told in alternating POV of Zadie and Emma, ahifting between the past and the present to give us complete insight into the personalities of both friends. I really enjoyed the retelling of their past in the med school and could relate to all the struggles, confusion and utter weariness of life in amed school. The intrigue kept me completely hooked to the storyline, till the end.

The ending came as a total and complete surprise and literally left me reeeling. It completely floored me and I was suddenly lect anchorless. I couldnt understand it nor accept it. I wouldnt say it was bad but just that I personally couldnt agree with it. I need to read it atleast once more to be able to wrap my head around it.

This book comes highly recommended from me to everybody who loves medical dramas like Greys anatomy. Pick it up and I gaurantee, you wont regret it.

Dorothyanne Brown
5.0 out of 5 stars The Queen of first time novels...
Reviewed in Canada on 24 April 2018
Verified Purchase
Medical stories always appeal to my old nursing heart. This one, though, wraps the story around the medical information so well you are carried along, page by page, enjoying every moment, without pulling the "I'm a doctor so I can talk about serious medical things" trope. Martin creates characters that are so human that their adventures seem like things your friends could be up to - only much more exciting!
Read this. It's well worth it. I loved it and I hardly ever like romance (too cynical).

Anny
5.0 out of 5 stars Good product
Reviewed in India on 7 January 2019
Verified Purchase
As per photo
Read more
Report abuse

Ann Grace
5.0 out of 5 stars Great Read !
Reviewed in Canada on 26 March 2018
Verified Purchase
Loved reading this book ! I could not put it down. I found the stories about the ER so interesting !
Read more
2 people found this helpful
Report abuse
See all reviews
Back to top
Get to Know Us
Make Money with Us
Let Us Help You
And don't forget:
© 1996-2021, Amazon.com, Inc. or its affiliates