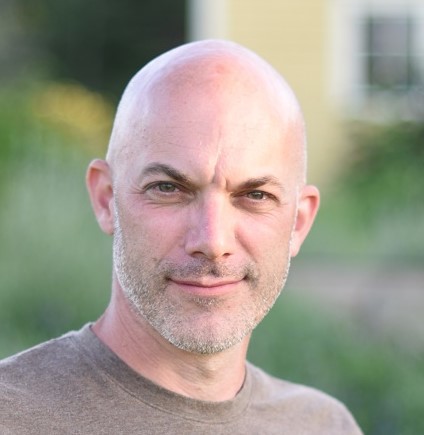 by Derek Kunsken (Author)
4.4 out of 5 stars 321 ratings
See all formats and editions
Sorry, there was a problem loading this page. Try again.

Page 1 of 1 Start overPage 1 of 1
Previous page
Next page
Start reading The Quantum Garden (The Quantum Evolution Book 2) on your Kindle in under a minute.

4.4 out of 5 stars
4.4 out of 5
321 global ratings
How are ratings calculated?
To calculate the overall star rating and percentage breakdown by star, we don’t use a simple average. Instead, our system considers things like how recent a review is and if the reviewer bought the item on Amazon. It also analyses reviews to verify trustworthiness.

Peter Eerden
TOP 500 REVIEWER
5.0 out of 5 stars A roller coaster read
Reviewed in Australia on 13 January 2020
Verified Purchase
The second in the series heads forward from the end of book one and then heads back in time to correct anomalies that the future has brought. It is a great read and one I look forward to continuing. All the speculative science has been well crafted to give even the most avid sci-fi buff plenty to digest and get their head around. All the main characters are well rounded now and becoming more and more complex. I am loving it.
Read more
Helpful
Report abuse

Peter MM Chomley
5.0 out of 5 stars a great read
Reviewed in Australia on 12 March 2021
Verified Purchase
I enjoyed this book, a great sequel to Quantum Magician. Looking forward to the follow-on.
Read more
Helpful
Report abuse

Arnaldo Bertachini
4.0 out of 5 stars Good plot nice story
Reviewed in Australia on 22 May 2020
Verified Purchase
Intriguing concepts of time and space. Nice plot with good characters. Not to heavy and easy reading. Will recommend to friends.
Read more
Helpful
Report abuse

N. Walton
4.0 out of 5 stars Even better than the first, a great story.
Reviewed in the United Kingdom on 13 November 2019
Verified Purchase
This is another great book by an author who is increasingly impressing me with their works. It just seems to be getting better and better, it's quite impressive. Some excellent editing too, I presume. The story continues on from the first book, and nicely shows the aftermath of the 'heist' they pulled. Things go south, and yet another barmy space-and-time-mangling plot is devised to save Bel's people from destruction.

There are some things in the book, like the first, which skip over some details. With the first book, there are "looks" and small asides that the characters gave which were lost on me, leaving me a little confused. In this book, there's a plot point where something is destroyed completely, and then in the next chapter it's not destroyed. I'm confused whether this is supposed to be a literary affectation to show that the timelines had changed, or whether the author had changed his mind about whether everyone was killed, and wanted some people alive for a later scene, which seemed to be going somewhere but was cut short. The little side-stream of the 'captured' people from the un-destroyed base was curtailed, it felt. I'm hoping that in a third book, it returns to this group left dangling, who are the only Homo Quanta left in the Kongregate.

I quite enjoyed the first book, although there were some things in it that were too confusing to follow and I had severe reservations about the interpretation of the quantum observation shenaneghins, as I think liberties where taken with the schroedinger/einstein ridiculing of the theory and it's been tried to turn into a plot device.

In this book, the theory is bent out of shape again, but to explain how would give away a plot point which, again, seemed to be going somewhere but didn't. Also, ragging on the abuse of the theory is unfair since Star Trek has done it with other things for so long, haha. So I'm hoping there's a point to the titular 'garden' which seemed to last about eight pages... Maybe it could be far more in a third book.

These are two good-quality sci-fi books. The author is definitely getting better, plotlines are getting tighter and more focussed, characters are becoming bedded-in, and the universe they live in is becoming more fleshed out. I'm looking forward to book 3!
Read more
One person found this helpful
Report abuse

The Pointers
4.0 out of 5 stars Ran out of steam
Reviewed in the United Kingdom on 13 December 2019
Verified Purchase
This is an exciting follow up to the Quantum magician, but doesn’t quite make the top grade. It just seems to fizzle out at the end. It is left in such away that a third book could follow on . I wait to see whether one gets written.
Read more
Report abuse

Kevin Roast
3.0 out of 5 stars Not in the same league as the first book
Reviewed in the United Kingdom on 25 September 2020
Verified Purchase
Agree with the reviewers here who mention this does not have the same scope or vision as the first book, which i'd give 5/5 and one of the most innovative sci-fi books i've read in a while. This is only OK and continues the story but that's about it.
Read more
Report abuse

Kindle Customer
5.0 out of 5 stars Excellent second book
Reviewed in the United Kingdom on 12 November 2019
Verified Purchase
Often second books are not as good as the first and spend a lot of time setting up the third, not so in this case,a strong plot, fascinating quantum science and a deeper insight into arjonus.
Read more
Report abuse

Amazon Customer
5.0 out of 5 stars A satisfying sequel, full of mind-blowing hocus-pocus.
Reviewed in the United Kingdom on 1 August 2020
Verified Purchase
Following the same characters in Magician, our Homo Quantus gets into serious difficulty, and we are whirled though worm-holes and time-travel to find treachery and solutions.
Read more
Report abuse
See all reviews
Back to top
Get to Know Us
Make Money with Us
Let Us Help You
And don't forget:
© 1996-2021, Amazon.com, Inc. or its affiliates