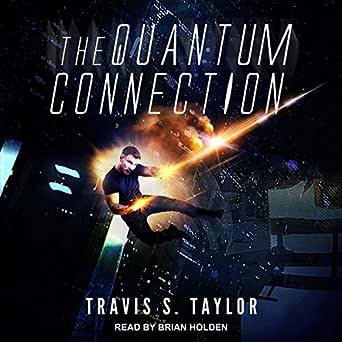 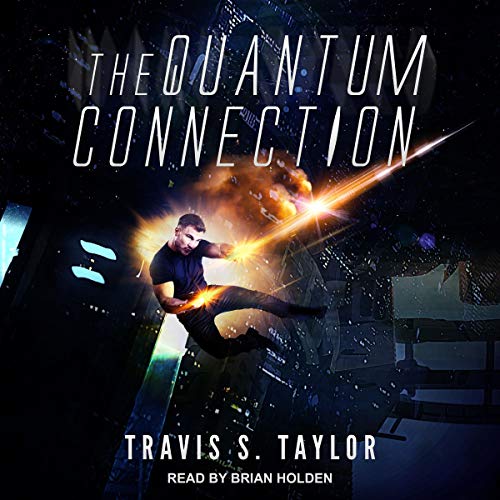 John O'sullivan
3.0 out of 5 stars Ho hum!
Reviewed in the United Kingdom on 12 April 2015
Verified Purchase
Reads like 60's style sci/fi hokum, but it has an underlying edge of pure and theoretical science,
The story was fun but not too deep, the charectors are shallow impressions of people that are forgotten as quick as you drop the book.
There are some redeeming features but I hope that future books from taylor will develop his charectors with more of an emphatic basis
Overall a pleasant way to pass a few hours

Arthur W Jordin
5.0 out of 5 stars Steve Meets Tatiana
Reviewed in the United States on 11 September 2009
Verified Purchase
The Quantum Connection (2005) is the sequel to  Warp Speed . It is set about three years after the Rains, the widespread destruction attributed to meteorites, but actually caused by enemy action.

In this novel, Steve Montana is a computer geek, specializing in software and with considerable knowledge of hardware and firmware. He developed his own operating system as a teenager and won college scholarships for his work. Then the Rains came and Steve lost his friends and family. He becomes clinically depressed.

Larry Waterford is a technical manager at Wright Patterson for the Innovative Concepts Group in the USAF Space Vehicles Directorate.

In this story, Steve is living in Dayton with his dog Lazarus and working at a virtual reality store. He had dropped out of college and is technical support for the VR store customers. One day a man drops off an old game system and Steve is asked to fix it.

When the customer returns, he is impressed by Steve's efforts and the low price of the bill. Later, Larry returns and offers Steve a job with the Air Force if he returns to school. Steve is tired of working under the young VR store manager and the job looks interesting and lucrative, so he fills out the paperwork and enrolls for classes.

While in school, Steve works as a co-op student for the ICG at Wright Patterson. For his first term, Larry gives him a circuit board and asks him to reverse engineer it. Later, he has an exam question in the Advanced Microprocessors class that provides some insight into the circuit.

Steve finally gets his Top Secret clearance and is taken to Washington for a classified briefing. Then security denies him further clearance. Government agents search his apartment for classified data and kill Lazarus while the dog is protecting his home. Steve takes the body back to Bakersfield and buries it there.

This tale involves advanced aliens, superAgents, and warp drives. Steve meets a nice girl and develops a relationship. Then he makes friends with a computer program.

This story is a character study of a depressed technogeek. It involves schematic diagrams, quantum mechanics and pharmaceutical remedies for bipolar disorder. I enjoyed the technogeek part and related to the depression problems.

Steve was not very likeable at the beginning. He bonds with his dog and cries a lot. Then the feds kill his dog. Steve gets mad and develops a different personality.

This novel still resembles a space opera from the 1930s, much like the early works of

John W. Campbell, Jr. . Still, it does have more rationale for the rapid technological advances than does the previous book. This is the last volume in the series, but the author went on to co-author some very interesting SF works with  John Ringo  and a new  series  on his own. Read and enjoy!

Recommended for Taylor fans and for anyone else who enjoys tales of alien relations, interstellar politics, and true romance.

Ayebye Alought
4.0 out of 5 stars Quite entertaining.
Reviewed in the United States on 29 November 2009
Verified Purchase
This book was a heckuvah lot of fun, and just as the cover claims, I didn't want to put it down--except for once, when I got to page 99, and for what Dr. Taylor did there I will never forgive him (no spoiler here).

As a writer myself, however, I do have some criticisms. I like to see speaker attributions after an opening clause, but Dr. Taylor often completed two or even three sentences before identifying the speaker. Many of these attributions included a wide variety of colorful actions, as well, instead the usual so-and-so said, which is more transparent. He also was quite the name dropper, referring to many other sci-fi authors and their works during the course of his book. Perhaps he was merely wanting to give credit where credit was due, but it got to be a bit irksome (I've noticed Koontz doing this, too).

Despite these few things I would have done differently myself, the book does what a book is supposed to do--captivate the reader and sell books--I assume it sells books; I bought a copy, anyway.
Read more
One person found this helpful
Report abuse
See all reviews
Get FREE delivery with Amazon Prime
Prime members enjoy FREE Delivery and exclusive access to movies, TV shows, music, Kindle e-books, Twitch Prime, and more.
> Get Started
Back to top
Get to Know Us
Make Money with Us
Let Us Help You
And don't forget:
© 1996-2020, Amazon.com, Inc. or its affiliates