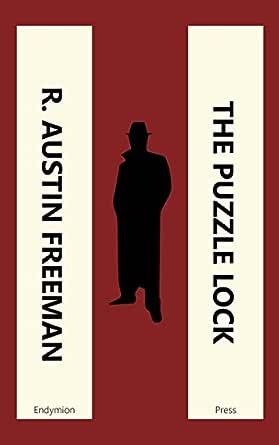 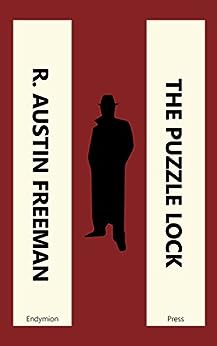 Deemed the father of the scientific detective story, Richard Austin Freeman enjoyed a prolific career that saw him gain qualifications as pharmacist and surgeon, pull off a diplomatic coup along the Gold Coast, work for Holloway Prison, and then become a formidable writer of fiction. He was born in London, the son of a tailor who went on to train as a pharmacist. After graduating as a surgeon at the Middlesex Hospital Medical College, Freeman taught for a while and then joined the colonial service, offering his skills as an assistant surgeon along the Gold Coast of Africa. However, after becoming ill with black-water fever, Freeman was sent back to England to recover and finding his finances precarious, embarked on a career as acting physician in Holloway Prison. In desperation, he also turned to writing where he went on to dominate the world of British detective fiction, taking pride in testing different criminal techniques.

4.1 out of 5 stars
4.1 out of 5
13 global ratings
How are ratings calculated?
To calculate the overall star rating and percentage breakdown by star, we don’t use a simple average. Instead, our system considers things like how recent a review is and if the reviewer bought the item on Amazon. It also analyses reviews to verify trustworthiness.

Karl Schneider
5.0 out of 5 stars Maximum of Tension
Reviewed in Germany on 3 April 2011
Verified Purchase
R. Austin Freeman is probably one of the most skilled and most underestimated writer of detective stories. Though the team of Thorndyke and Jervis reminds a bit of Holmes and Watson, the making of the stories is differen and always most interesting.
This collection of short stories is a "must" for those who are fond of Sherlock Holmes or Hercule Poirot, and a good start to go for more of R. Austin Freeman.

Lacey Green
1.0 out of 5 stars It was too much of a puzzle to access it
Reviewed in the United Kingdom on 1 November 2013
Verified Purchase
I have liked the other Freeman books but this one crashed every time I tried to read it. Unfortunately, I had left reading it till last of the Freeman books I'd ordered, so it was too late to reclaim payment. The others, that I had read first, are great, so it's not Freeman or his hero, Thorndyke that let me down...
Read more
Report abuse

Vivienne
4.0 out of 5 stars Great Collection of Short Mysteries
Reviewed in the United States on 14 May 2017
Verified Purchase
This book of short stories featuring Dr Thorndyke is the first I have read. I enjoyed the first one, “The Puzzle Lock”, with its rather ingenious chronogram lock. The case of the “Green Check Jacket" involves analysis of dirt and chalk to discover the murder scene. The resolution of “Nebuchadnezzar’s Seal” hinges on walking sticks and their peculiarities that come from use. In “Phyllis Annesley’s Peril” I had a glimmer of the truth, and this story shows just how unreliable eyewitness testimony can be, even from upright citizens. I concur with the solicitor in the story when he said at the end, “And yet it was so obvious – when you knew.”! (Exclamation mark mine)

“A Sower of Pestilence” is very strange and even when explained, it seemed a senseless crime. In “Rex v. Burnaby” we have a very unusual poisoning case. It is not hard to figure out how the poison was administered, but it is, nevertheless, a very clever crime. “A Mystery of the Sand-hills” shows how mundane things such as footprints on a beach can be the beginning of a rather tortuous reasoning out of a murder. I found this story to be both rather interesting and rather tedious, a contradiction I know, but there it is. “The Apparition of Burling Court” is very similar to several stories I have read before, and it is obvious very early in the story what is going on, but is still an interesting one to read, especially if you haven’t read others like it. In “The Mysterious Visitor” we have a case of an heir vanishing just as he receives an unexpected legacy. This story has an unusual twist and is very cleverly thought-out. This last story is out of sequence as can be seen by a remark by Thorndyke to Jardine.

In most of the mysteries Thorndyke shared the clues with his colleague, Jervis, and thus with the reader. His conclusions or speculations he kept to himself, but indicated that as Jervis had the same information, he could arrive at the same results that Thorndyke had. Jervis usually failed in this and, sadly, so did this reader. Really, it should have been easy, as we had that same knowledge, and once Thorndyke explained everything the clues (and solution) were obvious. Clearly, I would not make an investigator.

This is a great collection of short stories that can be read one after another, or dipped into when you feel like a short mystery or two to read.

Aurora Tarot
5.0 out of 5 stars Another Terrific Thorndyke mystery
Reviewed in the United States on 9 January 2014
Verified Purchase
There is an indescribable charm to Freeman's writing and his protagonist, Dr. John Thorndyke, never fails to impress. By now, thanks to Kindle, I have been able to read all Freeman's mysteries. The seemingly-unrelated clues from which Thorndyke always assembles his explanation are present, but would you, the reader, have come to the same conclusion? I shall reveal no more.
Read more
One person found this helpful
Report abuse
See all reviews
Get FREE delivery with Amazon Prime
Prime members enjoy FREE Delivery and exclusive access to movies, TV shows, music, Kindle e-books, Twitch Prime, and more.
> Get Started
Back to top
Get to Know Us
Make Money with Us
Let Us Help You
And don't forget:
© 1996-2020, Amazon.com, Inc. or its affiliates