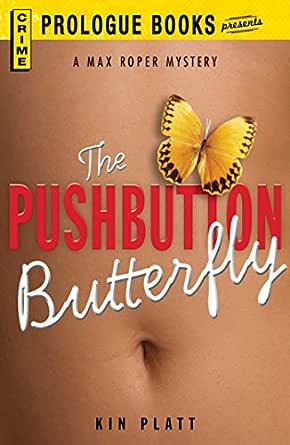 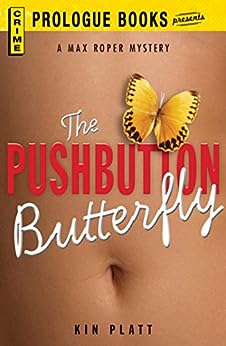 In the early chapters Max Roper seems to set himself up as a international secret agent, tracking down the missing daughter of a Southern California industrialist with "ten million dollars" worth of defense contracts, but that is all boo-ya. There is very little spy, and a whole lot of PI from chapter three on.

I thought the book was very funny, in a deadpan way. So deadpan, in fact, it's hard to tell who's kidding whom at times:

Martin Kazan looked up from some notes. “What’s a private operator, anyway?”
“That’s exactly the way I feel. I mean, who cares?”
“Is it something you always wanted to be or did they make you?”
“I really wanted to be Batman, but they already had one. It’s not a bad life if you don’t mind apologizing for it.” He was listening. “Seriously, if you want to help people, it’s that kind of a job.”

The plot, though hardly convoluted, does cover a lot of ground, from off-campus housing in Berkeley, to a giant Supreme Be-in in San Francisco (where Max meets up with Funny Freddy- the Hell's Angel with a steel plate in his head), to the Evening Star ashram in San Geronimo:

“By mentally entering the mandala,” he continued, “the yogin approaches his own center. He reenacts and masters the cosmic process, since the mandala is an image of the world.” I wanted to ask him which came first, the cosmic process or the cosmic egg.
His eyes were fixed on my shoes with the same intent expression he had used to front for the cosmic process. I lifted one and extended it for him. “Calfskin slip-on with blunted toes. The concealed elasticized panel assures a comfortable fit. At finer men’s shops everywhere.”
His eyes glittered something nasty in Morse and he nodded. He brought his palms together, the Hindu greeting, said “Namastay” to the girl, and took the chair behind his desk.
“I take it you are not here for spiritual guidance,” he told me.

If you could trace the arc from Phillip Marlowe to the Big Lebowski, Max Roper would be a point plotted on that arc.

Dave Wilde
5.0 out of 5 stars Max Roper And The Hippies
Reviewed in the United States on 9 May 2016
Verified Purchase
Pushbutton Butterfly differs from most of the other Max Roper novels in a couple of respects. First, unlike most of the Max Roper books, this one doesn't focus on a professional sport such as bidybuilding, tennis, horseracing or golf. Although it touches on football, it has very little of its energy expended on that sport. Second, most of the Max Roper books are firmly entrenched in the seventies. This book is sixties all the way. It centers around San Francisco in the hippie dip pie sixties and LSD and gurus and protests and communes and self -help frauds.

At its base, the Roper novels are a rehashing of the themes of the old Tyme hardboiled novels but they reimagine the private eye in the seventies in a different world. This one has the cynical detective, the femme fatale, the countless bodies, and the endless confusion.

Well-written, easy to read.
Read more
2 people found this helpful
Report abuse
See all reviews
Get FREE delivery with Amazon Prime
Prime members enjoy FREE Delivery and exclusive access to movies, TV shows, music, Kindle e-books, Twitch Prime, and more.
> Get Started
Back to top
Get to Know Us
Make Money with Us
Let Us Help You
And don't forget:
© 1996-2020, Amazon.com, Inc. or its affiliates