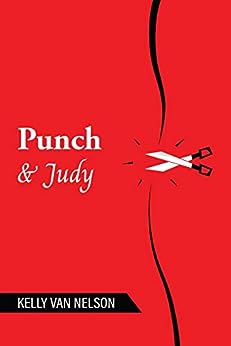 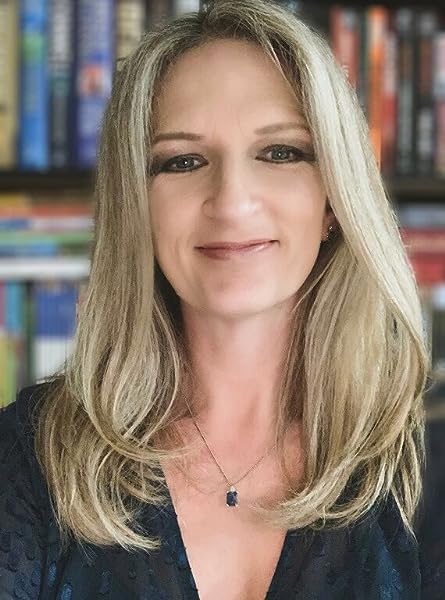 Kelly Van Nelson --This text refers to the paperback edition.

Juliereads
4.0 out of 5 stars Words with Punch
Reviewed in Australia on 11 August 2020
Verified Purchase
Relationships gone wrong and their demise is the theme here, but few tell the story so well, and with an economy of words to boot - a bonus for those who enjoy a great narrative that can be read over a morning coffee or three (you won’t want to put it down, so make up a big pot!). Kelly Van Nelson has a unique skill in using minimal language to pack enormous meaning into this small but mighty book, painting in vivid colour what the real living hell of many abuse sufferers. Kelly understands the human psyche so well, its blind spots, its fears, its darkness, as well as its ability to see the light. Intrigue, courage, self-awareness and growth all make for a roller-coaster ride, which left me more than satisfied at the end, even while I was sad that it was over and wanted to read more.
Read more
One person found this helpful
Helpful
Report abuse

L Nisbet
5.0 out of 5 stars Just, Wow
Reviewed in Australia on 2 August 2020
Verified Purchase
Words aren't enough to describe this poetry collection, Punch and Judy by Kelly Van Nelson. Tthe silent struggles of Judy in this love story poetry collection will hit hard but most of all imprints you with feelings of strength, courage and unwaivering resiliance. I absolutely loved this collection and could not put it down until the end.
Read more
One person found this helpful
Helpful
Report abuse

susan wakefield
5.0 out of 5 stars A Punching Masterpiece
Reviewed in Australia on 1 August 2020
Punch & Judy

Kelly Van Nelson’s second volume of poetry, Punch and Judy, is a modern day masterpiece of the toxic relationship explored through cleverly constructed verse, based on a 16thC moulding of commedia dell’arte. Punch, the manifestation in the Lord of Misrule and Trickery, was no different then to the modern day Punch today, who wields his poison arrow and delivers the most invisible and abusive punch straight to Judy’s heart.

It is in this one-sided puppet show, we see Judy fall victim to the fake charms of Punch (and his punch lines) in the land of domestic violence and psychological warfare. Wrought with ugliness, it’s an all too common scenario that plays out in relationships today, and van Nelson delivers it whole in a five act, toxic play. Judy, punch drunk on love, weakens to Punch’s relentless swings, as punch after punch, she becomes trapped in a revolving door of relational abuse. But Judy is no clown, and part of the volume’s intelligence is its ability to enter into the hellish depths of abuse while never taking its eye off the celebration of undiminished strength; ‘the human skull can withstand 500 kilograms per square inch without a fracture,’ we learn from one poem; yet, even when fractured, we learn just ‘how resilient a broken body can be’ as its owner relearns ‘the intricate art of self-love’ through honing a lost sixth sense.

All the world’s a stage, the Bard echoes here, as, similarly, van Nelson likens the abusive relationship to a five act play in Upstaged, where all the players play their parts until ‘the plot twist/upstaged/didn’t see it coming/leading man/pretending to love/(mis)leading lady and the credits roll, and a new victim is cast. How easily though, do we get lost between fantasy and reality when we fixate on the fairytale life, chasing love down the ‘yellow brick road’ that was so handily painted to us by Cinderella, Snow White, Sleeping Besuty, et al.? And, how easily do we “do what we do,” keep returning to the abuse day after day, just to keep a relationship alive—even as it destroys us? The keeping up of appearances, playing hard ball with a toxic lover, only to become someone’s lost property in the end is a sad shadow that only van Nelson could paint so intricately, and so well. Yet all along, Judy’s sixth sense was whispering hard truths from behind closed curtains, as Punch became the trespasser of all trespassers upon her heart. He, the frog in disguise, was merely looking for a punching bag in the game of mergers and acquisitions—while she fell into the ravine, bitten by a love rat, and punched repeatedly in a game of Jekyll and Hyde. But, the warning signs were always there, Dear Love Addict, as van Nelson is quick to remind us; illustrating what sick love really looks like and how it can be as much of an addiction as anything else. Is it that, with heads full of Disney characters and fairytales, we fail to see/heed the health warnings, the hazard signs?

Like the modern day metaphysical poets (likely reminiscent of Vaughn or Donne), van Nelson unfolds her art through sharp conceits and extended similes, comparing the multiple facets of abuse through a sharp, yet wry wit that plays upon stock expressions; yet in a ‘keen cold gust of truth’ we can trust van Nelson to lead us all to truth in the end. Structurally, the shapes that van Nelson’s poems employ take on a beautiful significance, too—as in “Poison Arrow,” which ingeniously superimposes one poem on another through the use of bold/non-bold typefaces.

Van Nelson paints the hard portrait of abuse, riddled with the stain of human pain, yet at the same time she manages to infuse us with a good dose of reality too, offering ways to wean oneself of such toxicity and insidious abuse in order to fight the good fight against the monster of domestic violence. I am certain too, that she writes so swiftly and convincingly on such a topic because the voice we hear knows all too well the journey of pain and suffering. Her pain is our pain, her suffering is our suffering. It binds us. And with every beautiful and poignant shift she delivers in every last stanza, there lies the proverbial life force slap across the face we all need to hear in order to wake up to, and put an end to, the ugly realities of abuse. Van Nelson moves through the full arc of loss, violence, and recovery, and we see that she doesn’t only hate Punch or only pity Judy; she hates only either sex being punched; and in this, we learn much more than we ever thought possible from a poetic puppet show.

Honest, gutsy, heart wrenching verse with a great message. Don’t be a puppet for anyone.

Danni L
5.0 out of 5 stars Powerful and evocative.
Reviewed in Australia on 1 August 2020
Punch and Judy will break your heart with its powerful, evocative words in this no holds barred collection on relationships gone terribly wrong. All the highs and lows of a tempestuous romantic train wreck are laid bare – the hurt, betrayal, emotional and physical pain are skilfully told.

From the blindness of love and infatuation, to the cracks in the façade, the deception and the lies, on to the fight to regain one’s sense of self and finding the strength to heal, Ms van Nelson will take you on an emotional roller coaster ride at breakneck speed.

While each stage draws the reader in, it’s in the third section where the ‘character’ regains her power, ‘cuts the strings’ and reclaims her emotional happiness that one truly feels the power of Ms Van Nelson’s words.

A must read.
Read more
One person found this helpful
Helpful
Report abuse

Danni L
5.0 out of 5 stars A powerful and evocative message.
Reviewed in Australia on 1 August 2020
Punch and Judy will break your heart with its powerful, evocative words in this no holds barred collection on relationships gone terribly wrong. All the highs and lows of a tempestuous romantic train wreck are laid bare – the hurt, betrayal, emotional and physical pain are skilfully told.

From the blindness of love and infatuation, to the cracks in the façade, the deception and the lies, on to the fight to regain one’s sense of self and finding the strength to heal, Ms van Nelson will take you on an emotional roller coaster ride at breakneck speed.

While each stage draws the reader in, it’s in the third section where the ‘character’ regains her power, ‘cuts the strings’ and reclaims her emotional happiness that one truly feels the power of Ms Van Nelson’s words. A must read.
Read more
Helpful
Report abuse

Book lover
5.0 out of 5 stars Gritty, Hard Hitting and Needed Discussions
Reviewed in Australia on 1 August 2020
This is poetry, but not as you may expect. In her inimitable style, Van Nelson will lead you on a journey of insight and discovery. As the pages continue to turn, the collection of poetry reveals a deepening story of domestic violence, betrayal and love lost.

The carefully chosen words portray the psychology of domestic violence, and hint at how it is that someone so immersed in an abusive situation, often, cannot see clear to do anything about it. For this reason the protagonist in this collection of poetry; ‘Judy’, stays trapped, even addicted, to the relentless cycle of clinging to hope and false promises.

As the collection progresses, we begin to see a different side to Judy, an awakening of sorts, as she begins to discover an ability to cut loose from the mental tyranny that until this point has imprisoned her. New growth, learning, a developing self-love, ensues enabling her to pick-up the pieces of her broken life. A true demonstration of human endurance and resilience.

Well done Kelly Van Nelson!
Read more
One person found this helpful
Helpful
Report abuse
See all reviews
Back to top
Get to Know Us
Make Money with Us
Let Us Help You
And don't forget:
© 1996-2021, Amazon.com, Inc. or its affiliates