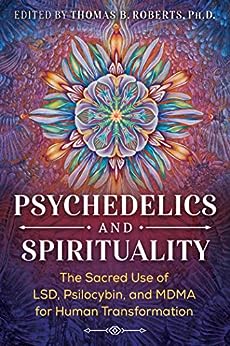 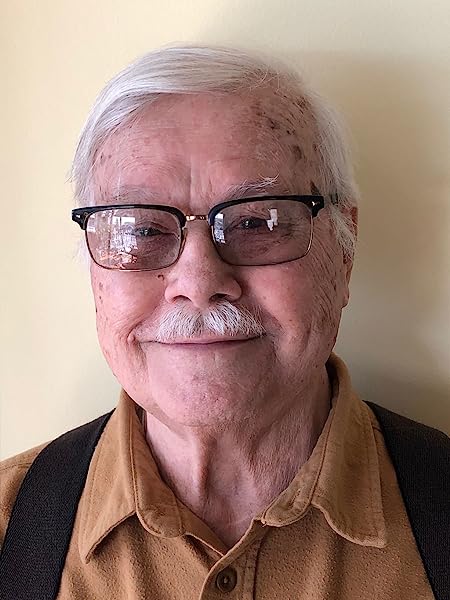 Psychedelics and Spirituality: The Sacred Use of LSD, Psilocybin, and MDMA for Human Transformation Kindle Edition

“A major contribution to ensuring the continued expansion of the renaissance in psychedelic research. This book would be an outstanding textbook in all courses of psychedelic psychotherapy, mysticism, and spirituality.” ― Rick Doblin, Ph.D., founder and executive director of the Multidisciplinary Association for Psychede

“An all-star lineup of psychedelic cognoscenti.” ― Julie Holland, M.D., editor of The Pot Book and author of Weekends at Bellevue

“A powerful testimony from pioneers of consciousness research, spiritual teachers, and scholars about the potential of psychedelic plants and their compounds to bring spirituality to modern society and help alleviate the dangerous alienation that has brought humanity to the brink of destruction.” ― Stanislav Grof, M.D., author of LSD Psychotherapy, Psychology of the Future, and When the Impossible

“A useful reference work that presents the current state of understanding from the relevant scientific, practical, and judicial perspectives.” ― Dennis McKenna, Ph.D., founding board member of the Heffter Research Institute and coauthor of The I

“Explains all aspects of the psychedelic experience as a tool for spiritual evolution--from personal accounts to detailed information and practical instructions. A key book.” ― Dieter Hagenbach, president of Gaia Media Foundation

“Essential reading for people interested in humanity’s efforts to experience the divine. This is an outstanding collection of essays and studies on mystical experience.” ― Michael Nielsen, professor and chair of psychology, Georgia Southern University

“A tour de force of the history of the Western reencounter with these perennial sacred plants, written by leading figures from many disciplines. The broad coverage exemplifies the importance of psychedelic plants for many disciplines and their diverse potentials for personal and social transformation.” ― Michael Winkelman, Ph.D., author of Shamanism: A Biopsychosocial Paradigm of Consciousness and Heali

“This essential collection forces a reexamination of the legal status of controlled substances in view of the benefit that mind-altering sacramental entheogens offer for psychotherapy and spiritual growth.” ― Carl A. P. Ruck, professor of classical studies, Boston University, and author of Mushrooms, Myths,

“Tom Roberts is the keeper of the flame for the study of psychedelics, the chief librarian of the entheogenic archive. In this soul-nourishing book he’s compiled the wisdom, humanity, and technical expertise the world just might be ready for now in order to provide us legally accessed soul-manifesting sacramental experience via psychedelics.” ― Charles Hayes, editor of Tripping: An Anthology of True-Life Psychedelic Adventures

“For those who value profound religious experiences and who wish to become increasingly well informed about how entheogens could become responsibly integrated into meditative practices and the offerings of spiritual retreat centers, there is much to be learned from the well-chosen essays in this book.” ― William A. Richards, S.T.M., Ph.D., Department of Psychiatry, Johns Hopkins Bayview School of Medici --This text refers to an alternate kindle_edition edition.

Chapter 4. The Potential of Entheogens as Catalysts of Spiritual Development

To become a medical doctor, a psychiatrist, and a psychoanalyst was a late decision in my life. In my childhood and adolescence, I spent much time drawing and painting, and my dream was to embark on a career in animated movies.

However, all that was turned around when a friend of mine introduced me to Sigmund Freud’s Introductory Lectures to Psychoanalysis. I read the book in one sitting, and, within two days, I decided to apply to medical school with the explicit goal of becoming a psychoanalyst. And an important part of my attraction to psychoanalysis was Freud’s rational explanation of religion. I loved to read books about the great religions of the world, but my interest in these matters was purely intellectual and artistic. Not having had a religious background, I could not understand how it was possible that millions of people would actually take seriously something as blatantly irrational and ridiculous as mysticism, spirituality, and religion.

As I was learning more about psychoanalysis, I developed a deep inner conflict. I continued to be enthusiastic about its theoretical aspects but became increasingly disappointed with its potential as a therapeutic tool. I realized that psychoanalysis had a narrow indication range, required enormous investment of time, money, and energy, and, even after a long time, it showed generally meager clinical results. I reached a point where I started to regret that I had chosen to study medicine and psychiatry and felt that my career choice was a serious error.

Just as this conflict was reaching critical proportions, something unexpected happened that radically changed the course of my life. This was the period in psychiatric history that saw the advent of psychopharmacology and its early triumphs. It was the time of the first tranquilizers--reserpine, chlorpromazine, and a few others. We conducted a large study of Melleril, a tranquilizer that came from the Swiss pharmaceutical company Sandoz. As a result, we had a good working relationship with Sandoz, and we received one day a large box full of ampoules with a letter describing the substance involved, its chemistry, pharmacology, and history. It was LSD-25, a powerful psychoactive drug, whose effects on consciousness were discovered by Albert Hofmann when he accidentally intoxicated himself during its synthesis.
Albert would probably prefer to call it serendipity.

The accompanying letter suggested that this substance, administered in absolutely minuscule dosages of millionths of a gram, was capable of inducing an “experimental psychosis,” a state similar to naturally occurring psychoses. Clinical and laboratory research of LSD thus could provide insights into the enigma of psychosis, particularly schizophrenia. One could study various parameters before, during, and after the LSD experience and determine what biochemical and physiological changes in the body are correlated with psychological abnormalities during the time the drug took effect. And the Sandoz people were asking us if we would work with this substance and give them some feedback on whether there was legitimate use for LSD in psychiatry.

But the Sandoz letter also suggested another fascinating possibility--that LSD might be useful as a tool for very unconventional training of psychiatrists, psychologists, students of medicine and psychology, and psychiatric nurses. It could give mental health professionals the opportunity to spend a few hours in the world of their patients. As a result, they would be able to understand their patients better, be able to communicate with them more effectively, and hopefully have better therapeutic results. Naturally, I got very excited, and I became one of the early volunteers in this research.

My preceptor, Docent Roubícek was very interested in electroencephalography. So, I had to agree not only to have my EEG taken but also to have my brain waves driven in the middle of this experiment.

What actually happened was that, approximately two and a half hours into the session, a research assistant took me to a small cabin. She carefully pasted the electrodes all over my scalp and asked me to lie down and close my eyes. Then she placed a giant stroboscopic light above my head and turned it on. At this time, the effects of the drug were culminating and that immensely enhanced the impact of the strobe. I was hit by a radiance that seemed comparable to what it must have been like at the epicenter of the atomic explosion in Hiroshima. Today I think a more appropriate comparison would be to the Primary Clear Light, the light of supernatural brilliance that appears to us at the moment of death.

I felt that a divine thunderbolt catapulted my conscious self out of my body. I lost my awareness of the research assistant, the laboratory, the psychiatric clinic, Prague, and then the planet. My consciousness expanded at an inconceivable speed and reached cosmic dimensions. There was no more difference between me and the universe.

While this was happening, I found myself at the center of a cosmic drama of unimaginable dimensions. In the astronomical literature that I later collected and read over the years, I found possible names for some of the fantastic experiences that I had experienced during those amazing ten minutes of clock time. I would say today that I possibly experienced the big bang, passage through black and white holes, identification with exploding super novas and collapsing stars, and other strange phenomena.

When the strobe was turned off, my consciousness began to shrink very rapidly. I found the planet, Prague, the clinic, and finally my body and was extremely impressed by what had just happened. I had played with the strobe before and experienced some pretty colors and patterns, but nothing like what happened in combination with LSD. So I knew that the drug was somehow the key to my experience. This event generated in me a profound intellectual interest in nonordinary states of consciousness. I felt strongly that this was by far the most fascinating area that as a psychiatrist I could research. --This text refers to an alternate kindle_edition edition.

Thomas B. Roberts, Ph.D., is professor emeritus at Northern Illinois University and a former visiting scientist at Johns Hopkins. The coeditor of Psychedelic Medicine and the author of Psychedelic Horizons, he has spoken at international conferences on psychedelics, consciousness, and psychedelic science. He lives in Sycamore, Illinois. --This text refers to an alternate kindle_edition edition.
Read more

There are 0 customer reviews and 18 customer ratings.
Back to top
Get to Know Us
Make Money with Us
Let Us Help You
And don't forget:
© 1996-2021, Amazon.com, Inc. or its affiliates