Share
Flip to back Flip to front
Listen Playing... Paused   You're listening to a sample of the Audible audio edition.
Learn more
See all 5 images 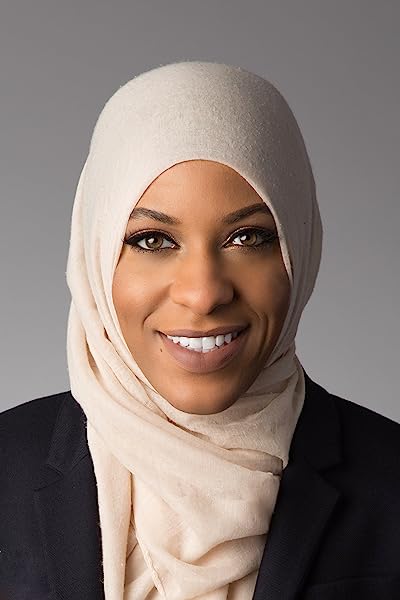 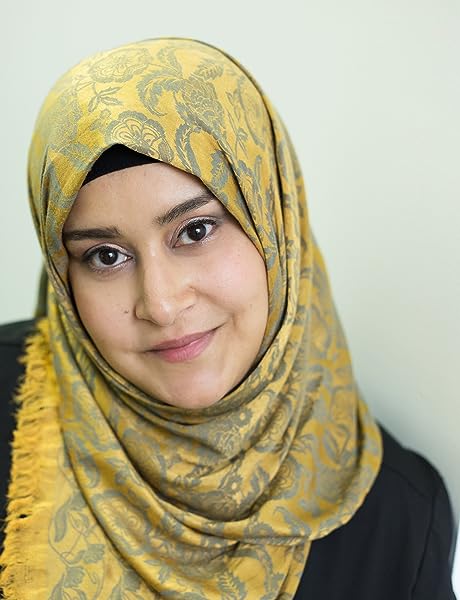 Praise for The Proudest Blue: Inspiring... The lovely, playful illustrations by Aly capture the spirit of imagination and sisterly solidarity in the face of bullying.--New York Times Book Review

* Aly's ink-wash-and-pencil illustrations settle and soar along with the language.... This story, as both window and mirror, inevitably educates, but more important, it encourages pride in and respect for hijab through a tale of two sisters, their bond strengthened by faith.--Booklist, starred review

* This excellent story about identity, visibility, and confidence, touches on rites of passage, bonds between sisters, and bullying and is unapologetic in tackling misconceptions and demanding equality.--School Library Journal, starred review

Ibtihaj Muhammad is a fencer and the first Muslim American woman in hijab to compete for the United States in the Olympic Games. She is also the first female Muslim American to medal at the Olympic Games, winning bronze in the women's saber team event. An activist, speaker, and entrepreneur, Ibtihaj has written a memoir, Proud, and inspired the first hijabi Barbie in her likeness. She invites you to visit her online at ibtihajmuhammad.com. S. K. Ali is the award-winning author of Saints and Misfits and Love from A to Z and the coeditor of an upcoming Eid anthology. Like Faizah and Asiya, she and her sister visited hijab shops every year before the first day of school to choose their proudest colors. Hatem Aly is an Egyptian-born illustrator whose work has been featured on television and in multiple publications worldwide. Among other books, he illustrated Newbery Honor winning novel The Inquisitor's Tale by Adam Gidwitz. He currently lives in New Brunswick, Canada, with his wife, son, and more pets than people.

4.9 out of 5 stars
4.9 out of 5
1,708 global ratings
How are ratings calculated?
To calculate the overall star rating and percentage breakdown by star, we don’t use a simple average. Instead, our system considers things like how recent a review is and if the reviewer bought the item on Amazon. It also analyses reviews to verify trustworthiness.

Anh Nguyen
5.0 out of 5 stars Beautiful story
Reviewed in Australia on 15 June 2020
Verified Purchase
My 4.5yo daughter loves this book. It is a good book about sisterhood and identity for very young readers.
Read more
Helpful
Report abuse
See all reviews

Schnelli
5.0 out of 5 stars Enlightening in cultural context
Reviewed in the United Kingdom on 5 December 2020
Verified Purchase
I loved the story and how it explained Hijab worn by young Muslim girls. It should be a must reading in classrooms of all ages. Stories like these make a better world when we understand at an early age what it means to wear a hijab. It’s difficult enough for children growing up and feeling different from others. This story helps breach a gap and will instill tolerance towards others who are active practicing Muslims..

I’m a retired teacher and a non Muslim.

Amazon Customer
5.0 out of 5 stars A beautiful book with a beautiful message
Reviewed in the United Kingdom on 4 July 2020
Verified Purchase
A fantastic celebration of standing strong in who you are and not being affected but hurtful words of others. A lesson we could all do with sometimes. Beautiful illustrations too.
Read more
6 people found this helpful
Report abuse

zohra bessaha
5.0 out of 5 stars Beautifully written to inspire young children
Reviewed in the United Kingdom on 31 March 2021
Verified Purchase
I love everything about this book, my daughter is 7 and I wanted her to understand the hijab/headscarf, she is so young and open minded ... she loves to learn about her religion and culture ( I’m not that educated in my religion and culture so it brilliant for us both) but we make sure she learns through books and this book is so beautifully written which young children can relate to, what is it like being different, how people react to you and more importantly to stand up for what you believe.., lovely book
Read more
2 people found this helpful
Report abuse

Gohar Shah
5.0 out of 5 stars My 6 yr old daughter loved it
Reviewed in the United Kingdom on 18 December 2020
Verified Purchase
My 6 year daughter has read this multiple times in 2 days, and couldn't wait to read it to me too, and tomorrow too IA!

Therefore that enough shows how great this is

Well done to the authors/artists
Read more
4 people found this helpful
Report abuse
See all reviews
Back to top
Get to Know Us
Make Money with Us
Let Us Help You
And don't forget:
© 1996-2021, Amazon.com, Inc. or its affiliates