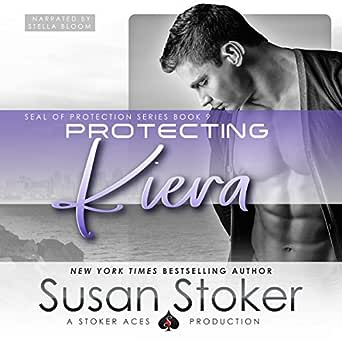 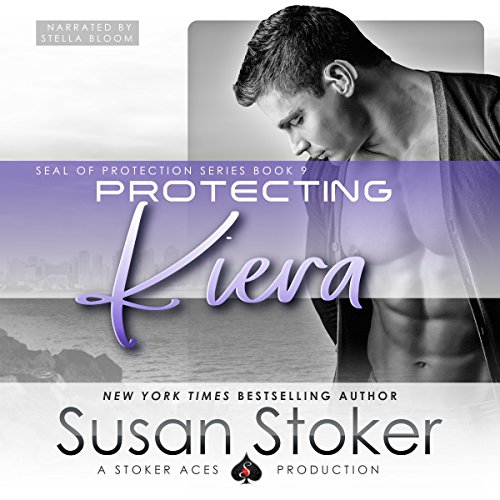 Bring your club to Amazon book clubs, start a new book club and invite your friends to join or find a club that’s right for you for free.
Explore Amazon Book Clubs

4.7 out of 5 stars
4.7 out of 5
464 global ratings
How are ratings calculated?
To calculate the overall star rating and percentage breakdown by star, we don’t use a simple average. Instead, our system considers things like how recent a review is and if the reviewer bought the item on Amazon. It also analyses reviews to verify trustworthiness.

Shelley
TOP 50 REVIEWER
4.0 out of 5 stars SEALed in Love💕
Reviewed in Australia on 25 March 2019
Verified Purchase
Kiera is a teacher for children suffering from deafness at the special needs school. When a volunteer starts spending more time at the school after losing his hearing during a SEAL mission, she is drawn to him and wants to get to know him more. But she’s concerned as he’s at least ten years younger than her and feels as though she is way out of his league.

Cooper is feeling lost and is struggling transitioning to civilian life after his injury! When his former Commander strongly recommends he volunteer at the local school for deaf children, he instantly wants to be there and learn so he can get closer to Keira🥰

Keen to read Cutter and Dakota’s story next😀

Veronica
5.0 out of 5 stars Kiera!! Worth The Wait!!! Highly Recommend!!!
Reviewed in Australia on 30 July 2018
Verified Purchase
Susan Stoker,, what a Writer!!! Every book l've read is Better than the last, and that's saying something!!!
If l were Ever lucky enough to meet one of her male characters in real life, WOW l would Never need Anyone else. Lol
But seriously, Susan's books have it ALL. Action, Adventure and LOTS of Hot, Steamy days and Nights!!!
Do Yourself a Favour and get one of Susans books Asap!!! And Yes l Highly Recommend ALL of Her Work.
Read more
Helpful
Comment Report abuse

justtrees
TOP 1000 REVIEWER
4.0 out of 5 stars Well deserved 4 stars
Reviewed in Australia on 26 November 2019
Verified Purchase
I really enjoyed this book. Cooper and Keira were so sweet together. the suspense was lacking but I gave it 4 stars because I loved the story in regards to Coop adjusting to civilian life, their love story and the great humor they had together. Hot sexy alpha males jusgt rock and I love how Susan Stoker writes her books.
Read more
Helpful
Comment Report abuse

Elisa
TOP 50 REVIEWER
5.0 out of 5 stars A great tie in story
Reviewed in Australia on 21 August 2018
Verified Purchase
A good story as always from Susan Stoker, I really enjoyed Cooper and Kiera another great match.

I loved reading about Cooper after leaving the SEAL's and dealing with his hearing loss, learning to sign and volunteering at the school, I also loved Tex being in this one more it was great to catch up with him and all the guys they really are a strong family.
Read more
Helpful
Comment Report abuse

Breeze
5.0 out of 5 stars A great read
Reviewed in Australia on 23 August 2018
Verified Purchase
Delivered what I've come to expect from SS. As always, a great read
Read more
Helpful
Comment Report abuse

Andy P.
5.0 out of 5 stars great book
Reviewed in Australia on 30 October 2018
Verified Purchase
can't wait for the next one
Read more
Helpful
Comment Report abuse
See all reviews

Bookworm19
5.0 out of 5 stars Short and sweet
Reviewed in the United Kingdom on 5 November 2020
Verified Purchase
This book comes with two more books after the last book in the 'SEAL of Protection' series, it is a really short and sweet story of Cooper and Kiera. It also deals with the aftermath of being a soldier of the highest caliber being wounded, and having been medically discharged. Again Susan Stoker is fab at dealing with the psychological and emotional toll of soldiers, writing about it in a most sensitive way. You can help but love her books!
Read more
Report abuse

Kate Walker
5.0 out of 5 stars Protecting Kiera.
Reviewed in the United Kingdom on 23 October 2018
Verified Purchase
Another great book Susan. I liked the names of both people in this book. I liked catching up with Tex. I didn't know that I missed him so much. Great idea Susan. I liked Frankie lots and now I know what a friend of Annie can be like. My grandmother's son what's hearing aids and sometimes he's ready lips but now that he getting into he's thirties he find it hard with having problems with he's eye sight too. He's children and family which helping are a great help to him and friends too.
I liked the rescue in the book again. I deemed to be not ready for a rescue this time maybe I am so ready for the other rescues and the time I was not and wanting more out of the book in pages after reading 📚 a different and long book by Susan.☺
Read more
One person found this helpful
Report abuse

Shirley Hunter
5.0 out of 5 stars Another brilliant read
Reviewed in the United Kingdom on 10 October 2020
Verified Purchase
Another brilliant read from Susan. Wow Keira and cooper were meant for each other one to help him after his accident in an Navy Seals Op they come together and he finds a new language to learn easier with her help but he also comes to her resume after a kidnapping so together they’re perfect can wait to read the next book
Read more
Report abuse

EliseMarie
3.0 out of 5 stars Okay read but not my favourite...
Reviewed in the United Kingdom on 18 March 2020
Verified Purchase
Not my favourite Susan Stoker story to date. It was sweet in parts but felt quite rushed since this was a novella. I also found some of Cooper's dialogue when he was with Keira quite corny and that put me off a little as well.
Read more
Report abuse

Amazon Customer
5.0 out of 5 stars Excellent.
Reviewed in the United Kingdom on 28 August 2018
Verified Purchase
Another excellent book by this talented author though it was far too short and would have been better as a novel than a novella storyline. I think the added bonus with the ASL sign language included with the Seal background would have made a wonderful book and we'll worth the extra cost to purchase it.
Read more
One person found this helpful
Report abuse
See all reviews
Get FREE delivery with Amazon Prime
Prime members enjoy FREE Delivery and exclusive access to movies, TV shows, music, Kindle e-books, Twitch Prime, and more.
> Get Started
Back to top
Get to Know Us
Make Money with Us
Let Us Help You
And don't forget:
© 1996-2020, Amazon.com, Inc. or its affiliates