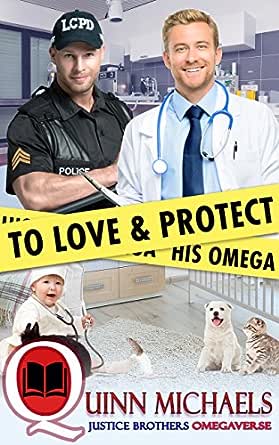 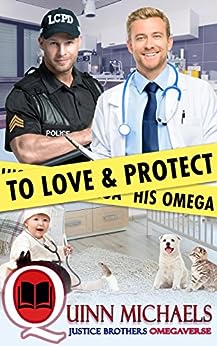 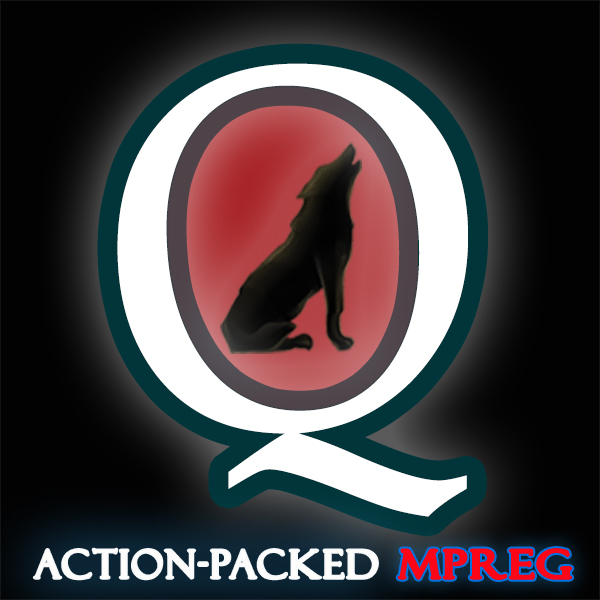 Pennsylvania native, Quinn Michaels loves fantasy, werewolves and M/M mpreg romance! Her goal is to write action-packed adventures of romance, self-discovery, and second chances, all served up with a hefty helping of sweet, sexy Omegas and hot, determined Alphas who will do anything to cherish, love, and protect them. She is ecstatic to share her characters and worlds, and she hopes you enjoy them (and the sexytimes!)

Theresa Preston
TOP 1000 REVIEWER
5.0 out of 5 stars fantastic read
Reviewed in Australia on 26 July 2018
This book has all the right elements.. good story line, wonderful characters and just enough twists and turns to keep you thoroughly engaged from first t last page. Enjoyed it immensely and am happy to recommend it to all
Read more
Helpful
Comment Report abuse
See all reviews from Australia

Cheryl
4.0 out of 5 stars A Book to Get Your Teeth Into
Reviewed in the United Kingdom on 25 July 2018
Verified Purchase
This is a bit of a departure from the author’s usual, in that it’s not about shifters. It is, however, set in an omega universe, that is there are alpha’s, beta’s and omega’s. I’m not sure, to be honest, whether this applies to everyone, or only to a select few. In any event, Gunnar is an alpha and Liam an omega.
Right from the very start, the characters’ personalities are established and the scene is set. The very first person we’re introduced to is Olivia, Gunnar’s daughter. She is absolutely precious and one of the best child characters I’ve read in ages. Her kitten, Puff, is what first brings them into contact with Liam, the new vet.
I love the way the author keeps Liam and Gunnar’s voices very different. I also like that Liam is no weak and useless omega. He’s strong and courageous in his own right. He doesn’t need Gunnar to take care of him. Whether he needs Gunnar to protect him is another thing, but Gunnar’s going to do that anyway, and boy does Liam need protecting.
Liam is running from an abusive boyfriend, whose psycho behaviour had him running across country to escape. It very gradually becomes clear about how much of a psycho he is and there is an explosive ending when he comes back into Liam’s life in a not entirely unexpected way. There are some very nice twists and turns, and plenty of little details that make up a very rich tapestry of the lives of three people – Liam, Gunnar and Olivia, as well as their menagerie of animals that are just as quirky as the people.
I think this is the author’s best book yet. Although I enjoy his shifter books very much, this one seemed to have more depth, more layers and the characters were just that bit more complex and developed.
One small thing I did notice, and it may have been corrected by now, is that twice the author refers to a television program without explicitly telling us what the program is. The first reference is to (I think) Law and Order: S.V.U and the other to Empire which I had never even heard of until I looked it up.
Apart from that, and the occasional slip which have probably been corrected at proofing, the book was well written and entertaining. It’s a “cosy corner” book, which I have established as my shorthand for the kind of book you curl up in a cosy corner with a coffee or wine on a cold winter night and read, possibly not cover to cover in one go, but certainly in nice sized chunks. It’s neither a “fluffy” book, nor a particularly dark one, although as there are some gruesome murders I guess there are pockets of dark, but it’s definitely a book to get your teeth into.
One very nice touch is that the author also released a “Baby Book” which covers the birth and a short while afterwards.

Kindle Customer
5.0 out of 5 stars amazing
Reviewed in the United Kingdom on 1 February 2019
Verified Purchase
this story was brilliant it had a bit of everything action romance thriller it kept me on my toes all the way through. i can not wait for 2nd book in series to come out
Read more
Helpful
Sending feedback...
Thank you for your feedback.
Sorry, we failed to record your vote. Please try again
Report abuse

Alandriel
5.0 out of 5 stars Loved it
Reviewed in the United States on 25 August 2018
Verified Purchase
The book had just the right amount of drama to make it interesting. While there is never any doubt about the end and HEA, I enjoyed the book very much. The failing condom is a bit of a given in many books, but I liked the journey and their relationship. While I would’ve liked to know what Gunner and Adam fought about (there was a passing mention of jealousy on Gunner’s part), it’s not necessarily vital to the story. I hope to see Ben again and with a HEA of his own
Read more
Helpful
Sending feedback...
Thank you for your feedback.
Sorry, we failed to record your vote. Please try again
Report abuse

JTorleif
4.0 out of 5 stars Good read
Reviewed in the United States on 8 July 2018
Verified Purchase
I liked the idea of this, and the execution was mostly good, but I felt like the story started dragging at about 54% and didn't really pouch up again until almost 70%.

Ultimately, I liked that Gunnar and Liam were able to find their HEA, and that all of the conflict in the story was satisfactorily resolved.
Read more
Helpful
Sending feedback...
Thank you for your feedback.
Sorry, we failed to record your vote. Please try again
Report abuse

C Roberts
4.0 out of 5 stars Loved the characters
Reviewed in the United States on 5 July 2018
Verified Purchase
Definitely worth reading. I loved all the characters.
Read more
Helpful
Sending feedback...
Thank you for your feedback.
Sorry, we failed to record your vote. Please try again
Report abuse