Prescient (Delphi Chronicles Book 1) and over 1.5 million other books are available for Amazon Kindle . Learn more 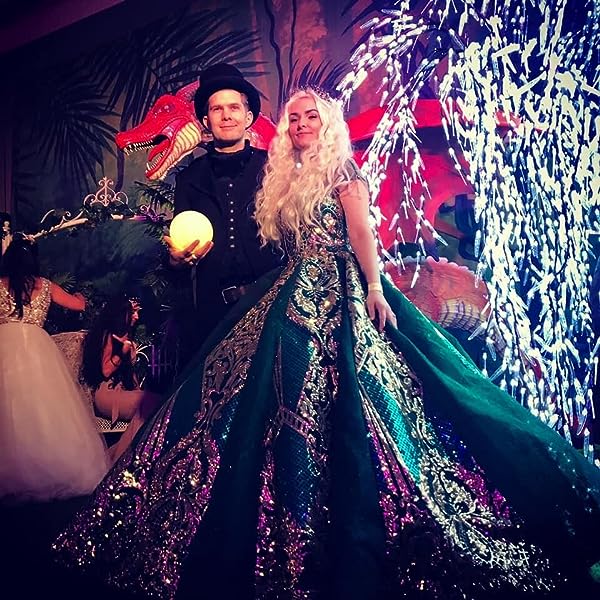 Page 1 of 1 Start overPage 1 of 1
Previous page
Next page
Start reading Prescient (Delphi Chronicles Book 1) on your Kindle in under a minute.

4.5 out of 5 stars
4.5 out of 5
184 global ratings
How are ratings calculated?
To calculate the overall star rating and percentage breakdown by star, we don’t use a simple average. Instead, our system considers things like how recent a review is and if the reviewer bought the item on Amazon. It also analyses reviews to verify trustworthiness.

Mark H
5.0 out of 5 stars Great Oracle story
Reviewed in Australia on 29 March 2020
Verified Purchase
I'm not going to say too much about the story other than to say I was pretty much totally captivated by the characters and the action. I can't find a book 2 yet but would like to read when it becomes available.
Read more
Helpful
Report abuse

drnetty
TOP 500 REVIEWER
4.0 out of 5 stars Good story
Reviewed in Australia on 6 July 2017
Verified Purchase
Nice work, I found this quite entertaining - I like the concept and the characters evolved nicely. The settings were realistic and everything moved along well so that I never got bored.
I have now finished the whole book (as a complimentary copy from the author) and while things are getting a little weirder I have still found things to be entertaining and will certainly want to read book 2 to see what happens next.
Read more
Helpful
Report abuse
See all reviews

Tracey Madeley
3.0 out of 5 stars Interesting idea, but needs more development
Reviewed in the United Kingdom on 29 December 2017
Verified Purchase
This book is much better than Shearwater, less of an academic explanation of myth and legend and more about the story. The novel essentially plays on the public's fear of genetic mutation, whether that is spread from genetically modified crops to humans, or the manipulation of DNA in order to eradicate disease.

Unfortunately like Shearwater I don’t see much depth to the characters. Alicia is the protagonist and although she is undoubtedly brave in taking on the mods her relationships are superficial. Her crush seems to extend from Brett to Jake with no reason as to what qualities she admires in either of them. Brett’s decision to leave his current girlfriend is understandable as she is being mean, but why he chooses Alicia is totally unknown. Is it just because she has suggested his father may be corrupt? Her relationship with her best friend Crys appears to be based on boyfriends and make up and while this is perfectly acceptable for teenagers, there should be more to their friendship than this. Arguably she is the person she confides in when she starts having the dreams and she is there to help hr solve them, but I don’t see what the basis of their friendship rests on. Perhaps she supported her when her mum died? A little bit of backstory would help the reader.

In the future her relationship with Tracy and Jake is very superficial. There is more chemistry between her and Jake and perhaps a greater bond borne out of fighting together for a common cause, but we know very little about him and how the relationship has developed in the past. The reader does not see Tracy being convinced in the past, or learn the moment when things changed for him.

For me this is a good premise, but the details need fleshing out of how the reader gets from A to B. There are too many unanswered questions and gaps in the narrative. The ending is interesting, if a bit sudden and leads on well to the next book in the series.
Read more
Report abuse

Angie
5.0 out of 5 stars Wow!! Spoiler alert!
Reviewed in the United Kingdom on 4 September 2017
Verified Purchase
Long awaited part 2. It was breathtaking all the way through. I was rooting for the main character and hoping she would change the future, then disappointed when she didn't. Disappointed that it took her so long to figure things out. Frustrating!! Brilliant! I need more!!
Read more
Report abuse

PJ Bookish
5.0 out of 5 stars Exciting plot.
Reviewed in the United Kingdom on 4 April 2016
Verified Purchase
Great dystopian tale, Alicia is a very believable character and the plot is exciting, with tension and uncertainty about exactly what she is getting into. The creatures are well described, especially the danger they present. Enjoyable and I'm looking forward to Part Two!
Read more
Report abuse

Roo I MacLeod
4.0 out of 5 stars I'm so dizzy
Reviewed in the United Kingdom on 21 August 2017
Verified Purchase
A good story with a different take on time travel. I enjoyed it. A good female lead and a satisfying ending.
Read more
Report abuse

CaroleHeidi
4.0 out of 5 stars Exciting stuff
Reviewed in the United Kingdom on 28 August 2016
Verified Purchase
One of the best dystopian time travel stories I have read in a long while. Fast paced, interesting and pretty creepy - looking forward to Part Two!
Read more
Report abuse
See all reviews
Back to top
Get to Know Us
Make Money with Us
Let Us Help You
And don't forget:
© 1996-2021, Amazon.com, Inc. or its affiliates