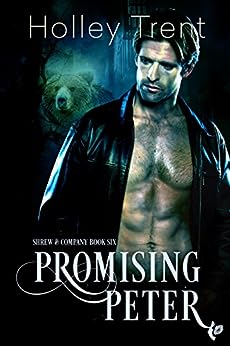 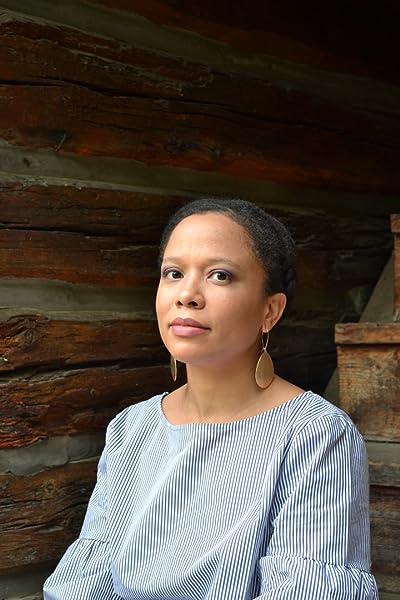 Karli
5.0 out of 5 stars Promising Peter
Reviewed in the United States on 27 April 2016
Verified Purchase
Andrea Ridge is a born Ridge Bear and works as the receptionist for Shrew and Company. She is timid, passive, docile and familiar with being kidnapped. So when she wakes up in a strange room with no memory of getting there, she is resigned. But with a little exploration, she finds that outside her door keeping vigil is Peter Ursu, Romanian werebear, mercenary, assassin and her fantasy. Peter explains he is the one who kidnapped her because a) it is mating season, and b) she is his mate. Then he proceeds to keep her at arms length to protect her from himself. Andrea says yes, but Peter senses something is off with her. The last thing he wants is a lifetime of looking into eyes filled with regret. So he waits, until Andrea slips into sleep....and won't wake up.
Andrea Ridge is the sister of her clan's alpha. Both she and Brian were abused by their last alpha, Gene, until Brian took the position from him. She has never had a good relationship with her bear. In fact, it's the opposite. Her bear is negative, critical, and wants Andrea dead so she can move on to a "better" host. When her bear takes control, keeping her in sleep state to waste away, Andrea is helpless. So it's up to Peter to find a solution.
The Shrew series was my introduction to Holley Trent and remains my favorite. Promising Peter is an absolute pleasure to read. It doesn't jump into instant mating with an automatic HEA. It takes its time, simmering, letting the relationship develop. And that is one of the main reasons I love Trent's works. If you want something different with substance, this could be the series for you. It definitely does it for me.
Copy received in return for an honest review.
Read more
One person found this helpful
Report abuse

Babs
5.0 out of 5 stars Promising Peter (Bad Boy Alphas) (Shrew &... Holley Trent
Reviewed in the United States on 28 April 2016
Verified Purchase
This is book 6 in the Shrew & Company novel , part of the BAD BOY ALPHAS collection. Peter Ursu is a , Romanian were- bear, mercenary, assassin without a pack,and he has kidnapped Andréa Ridge his fated mate it turns out she is the younger sister of the Ridge Bear clan alpha ,Andréa and Brian were abused by their last alpha, Gene, until Brian took the position from him.Andréa and her bear have a harmful; relationship with her bear it is very negative, and wants Andrea dead so she can move on to a "better" host, her bear takes control, keeping Andréa in sleep state to waste away.. Peter must find a solution before her Bear can do her harm.Will Peter be able to bring his mate back, so they can get a happy ending? I was gifted a copy for an honest review barwatts@telus.net
Read more
One person found this helpful
Report abuse

AnnieK69
5.0 out of 5 stars Love the Shrews! Loved Peter and Drea's story!
Reviewed in the United States on 2 May 2016
Verified Purchase
Love the Shrews! Peter in the grips of the mating season, mate naps Drea and takes her into hiding. He is conflicted, she is young and very passive and he worries that his Alpha bear will overwhelm her. He also worries about his past and not being good enough for her. Drea's bear tries to convince her that she is not good enough for Peter and when the mating season is over he will leave her. Drea feels safe with Peter and fight to overcome her bear and convince Peter that they belong together. Once Drea overcomes her bear she starts to find her confidence and is instrumental in the finding and capture of Gene. When Drea and the Doc are kidnapped by an associate of Gene's they learn that Gene has ties to the Pharmaceutical Co that was responsible for the SHREW mess. Loved Peter and Drea's story! Can't wait for the next story.
Read more
Report abuse

NCGirl
5.0 out of 5 stars Shrew & Company books-GET THEM ALL!!
Reviewed in the United States on 18 February 2020
Verified Purchase
They will take you on a journey of love relationships, family, sisterhood, friendships within the supernatural community.. from “Pursuing Patrick”to “Saving Soren” you will be pulled in and love that people from different races backgrounds find common ground. Holley Trent has outdone herself with these wonderful characters she created and you won’t be disappointed..
Read more
Report abuse
See all reviews
Back to top
Get to Know Us
Make Money with Us
Let Us Help You
And don't forget:
© 1996-2021, Amazon.com, Inc. or its affiliates