Skip to main content
Promised Land: A Novel of Israel and over 1.5 million other books are available for Amazon Kindle . Learn more
Share <Embed> 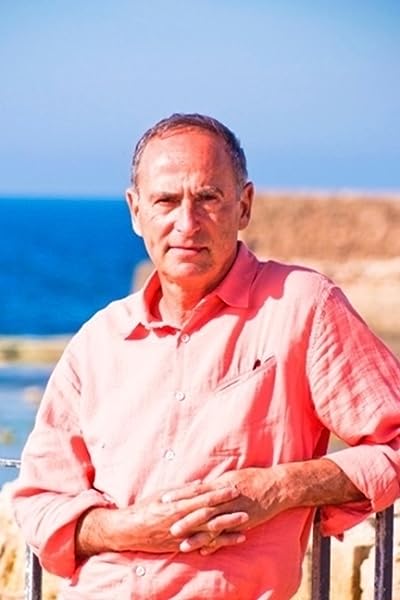 Page 1 of 1 Start overPage 1 of 1
Previous page
Next page
Start reading Promised Land: A Novel of Israel on your Kindle in under a minute.

MARTIN FLETCHER is one of the most respected television news correspondents in the world and he is also rapidly gaining an equally impressive reputation as a writer. He has won many awards, including five Emmys, a Columbia University DuPont Award, several Overseas Press Club Awards, and the National Jewish Book Award. Fletcher and his wife, Hagar, have raised three sons. He spent many years as the NBC News Bureau Chief in Tel Aviv and he is currently based in Israel and New York, where he is a Special Correspondent for NBC News. He is also the author of Breaking News, Walking Israel, and The List.

Timothy miller
5.0 out of 5 stars Emotional Rollercoaster
Reviewed in the United Kingdom on 6 March 2019
Verified Purchase
Martin Fletcher has managed to write a book that is reminder of the real day to day struggle Israelis have faced internally and externally from Day 1 A read which covers the full spectrum of emotions HOPE MF will write a sequel
Read more
Report abuse

Chris
5.0 out of 5 stars A perceptive novel combining a truly human tale and an accurate account of recent history
Reviewed in the United Kingdom on 27 October 2018
Verified Purchase
An excellent portrayal of human nature - beautifully written and with vivid images of life as it was in Israel in the years following independence.
Read more
Report abuse

Fivelabmama
5.0 out of 5 stars History
Reviewed in Canada on 4 June 2019
Verified Purchase
Excellent book, I thoroughly enjoyed it. Taking you through the Holocaust to 1960's. Can't wait for the next in the series.
Read more
Report abuse

Richard C. Gross
5.0 out of 5 stars Israel as family
Reviewed in the United States on 19 November 2018
Verified Purchase
A warm, emotion-laden story of a family centered around two brothers (Cain and Abel?) who immigrate to Israel in its earliest days, one from Europe after surviving a concentration camp, the other from America, where he had been sent by his parents to escape the Nazis. It is, at the same time, a story of the growth of an Israel besieged by surrounding Arab states as it struggles for survival among the nations.
Author Martin Fletcher, a former NBC-TV correspondent who has lived in Israel for many decades, fills this fast-paced, eminently readable novel with exacting details that brings the Jewish state alive, especially to those who have lived it -- from the Kassit café on crowded Dizengoff Street to the ancient remains of a glass factory up the Mediterranean coast from Tel Aviv to Sidna Ali. Even meeting Isser Harel, Israel’s first Mossad chief, becomes an experience.
The two brothers – one who takes risks to gather riches, the other a trained Mossad assassin -- fall in love early on with the same woman. In raising their families amid the constant threat of hostilities and war with Egypt during the 1956 Suez crisis, the novel tells the story of personal sacrifices and broadens the canvas to include the birth of a nation.
Read more
8 people found this helpful
Report abuse

Shel
5.0 out of 5 stars An Image of Israel That Needs to be Remembered
Reviewed in the United States on 7 January 2019
Verified Purchase
The novel has special resonance for me. I lived in Israel in the years leading up to the '67 War which is the climax of this saga. In fact I wrote my first novel, still unpublished, on the same subject. Aside from that, the author takes a difficult subject in all its complexity and treats it with authority,detail and balance. The characters are compelling and empathetic. You get the pain, the dislocation, the struggle for survival. War and passion are graphically presented. At times the characters seem a bit larger than life. Real events and people are woven skillfully into the fiction. The Israel depicted is not the one the media paints today. People who question its integrity would do well to absorb the historic insights that are skillfully woven into this novel. It's a thoroughly satisfying and engaging read. Sheldon Greene is a novelist, renewable energy executive, and public interest lawyer.
Read more
3 people found this helpful
Report abuse
See all reviews
Back to top
Get to Know Us
Make Money with Us
Let Us Help You
And don't forget:
© 1996-2021, Amazon.com, Inc. or its affiliates