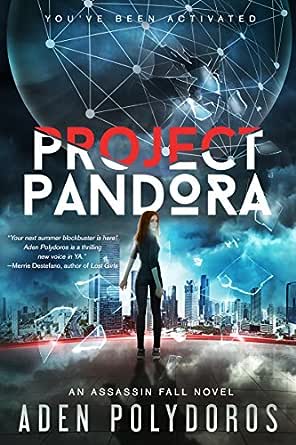 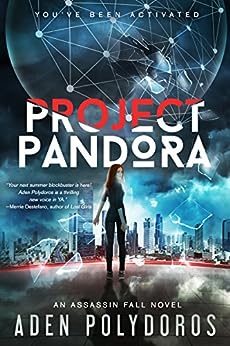 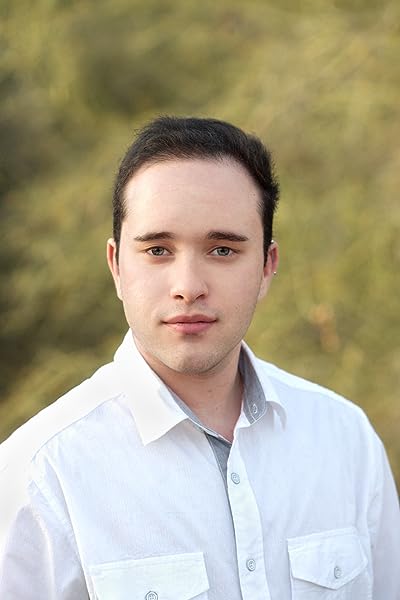 Pandora's box is thrown wide open when brainwashed assassins begin digging into the glitches of their own programming. They're regular teens one minute, trained assassins the next. A combination of case notes and status reports are left for readers to decipher and reveal the nature of each player in this massive game of cat and mouse. As the teens' programming breaks down and they unwittingly draw closer together, drastic measures are taken to bring them to heel as death or, in their case, Hades, is around every wrong turn. Hades, a subject gone rogue and reprogrammed many times, is their only hope at infiltrating the larger players, but finding Hades's humanity is harder than they expect. A nonstop thriller, this book sets up for a second installment, with plenty of gory details and intrigue. VERDICT Purchase where Scythe by Neal Shusterman and similar thrillers are popular.-Meghan Oppelt, Whitehall School District, WI - School Library Journal

Aden Polydoros grew up in Long Grove, Illinois, and now lives in Arizona. He is a writer of young adult fiction. When he isn't writing, he enjoys reading and going on hikes in the mountains. Aden Polydoros is a 2015 Gold Medalist in the Scholastic Art and Writing Awards and has published two short stories in Best Arizona Teen Writing of 2015.

Nicole S. -- YA Author and Book Blogger
4.0 out of 5 stars A great start.
Reviewed in the United States on 14 August 2017
Verified Purchase
Project Pandora is a thrilling adventure full of intriguing characters and a fascinating world that is expertly crafted.

I will be the first to admit that I requested this book on NetGalley because of its cover. (It’s absolutely stunning.) I didn’t know what I was getting into, and I think it works better to go into this book as blind as possible. The action kicks off from the very first page; wasting no time taking our characters into this mysterious and deadly world. It’s crazy as all heck and will surely throw readers, but as you continue reading and the mystery is slowly revealed, it becomes hard to put down.

I liked the idea of teenage assassins who were a part of a mysterious program, never truly aware of who or what they were. It’s an intriguing premise, one that isn’t easy to pull off, as it’s important to maintain the same level of suspense throughout, and yet, Aden Polydoros managed to do just that.

The varying points of view help to keep the book exciting, as we shift between these various characters and truly dive into their desires, their faults, and their strengths. However, the most interesting character was easily Hades who had the best arc throughout the story, compared to someone like Elizabeth, who admittedly had the weakest storyline of the bunch.

That doesn’t mean the book is without its flaws, though. As strong as the book is, it still manages to lose steam near the end. Some things felt repetitive and the action was mainly “off screen,” whereas the author had done such a great job of highlighting the action throughout the rest of the book. It’s because of this that I had to give the book four stars as opposed to five stars. The ending just fell flat, which was unfortunate. I do still plan to read the rest of the series, though.

One final note: I did like the use of the Greek codenames, however, it did seem weird to use Apollo and Artemis as the code names for a duo in the book given there’s a romantic aspect to the characters in this story.

Brenda Marie Smith
5.0 out of 5 stars The Manchurian Candidate meets Brave New World.
Reviewed in the United States on 2 August 2017
Verified Purchase
Project Pandora is a rip-roaring tale elegantly written. It's The Manchurian Candidate meets Brave New World. The well-drawn characters are in deep, dark quandaries, and we are left to root for them while they work their ways through, searching for understanding of themselves and their pasts, looking for the light. Will the secrets from their pasts destroy them, or are their wills and the human goodness inside them strong enough to allow them to find their ways free? Polydoros builds the suspense steadily, always pulling us forward. He makes us love and pull for his deeply flawed characters, showing their humanity all along the way. And the writing is just superb! Lovely, surprising metaphors and descriptions. Heart-wrenching love stories. Tales of bleakness and the will to triumph in spite of it. Can't wait for the sequel! Great debut!
Read more
2 people found this helpful
Helpful
Sending feedback...
Thank you for your feedback.
Sorry, we failed to record your vote. Please try again
Report abuse

Jenn
4.0 out of 5 stars Great paced read!
Reviewed in the United States on 22 October 2017
Verified Purchase
Project Pandora is a great and enjoyable read. The story is slowly but strategically developed throughout the book making you want more. The writing is great, the story is great, and I highly recommend that you read this one!
Read more
Helpful
Sending feedback...
Thank you for your feedback.
Sorry, we failed to record your vote. Please try again
Report abuse

Jacob G. Blair
5.0 out of 5 stars I have been activated.
Reviewed in the United States on 4 August 2017
Verified Purchase
A gripping thriller perfect for readers looking for a book with edge. The action scenes kept me glued to the book while the romance made me care about the characters and ache when . . . well, no spoilers. I would recommend this book for anyone looking for a action packed novel with heart.
Read more
One person found this helpful
Helpful
Sending feedback...
Thank you for your feedback.
Sorry, we failed to record your vote. Please try again
Report abuse

Micky
5.0 out of 5 stars A really enjoyable read!!!
Reviewed in the United States on 27 September 2018
Verified Purchase
A really enjoyable read!!! I love the complexity of the characters and their personalities! A good book for those who love conspiracies!
Read more
Helpful
Sending feedback...
Thank you for your feedback.
Sorry, we failed to record your vote. Please try again
Report abuse
Load more international reviews

sydneyhansen
5.0 out of 5 stars Excellent!
Reviewed in the United States on 16 August 2017
Verified Purchase
I loved this book and can hardly wait for sequel. A talented and creative writer. Thank you for a great read!
Read more
Helpful
Sending feedback...
Thank you for your feedback.
Sorry, we failed to record your vote. Please try again
Report abuse