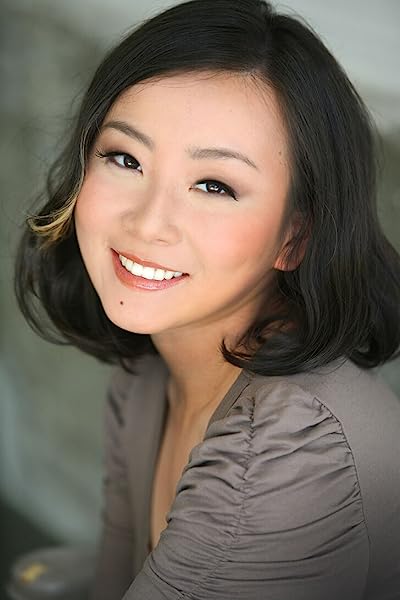 by Marie Lu (Author)
4.7 out of 5 stars 2,393 ratings
See all formats and editions
Sorry, there was a problem loading this page. Try again.
Previous page
Next page

Page 1 of 1 Start overPage 1 of 1
Previous page
Next page
Start reading Prodigy (LEGEND Trilogy Book 2) on your Kindle in under a minute.

4.7 out of 5 stars
4.7 out of 5
2,393 global ratings
How are ratings calculated?
To calculate the overall star rating and percentage breakdown by star, we don’t use a simple average. Instead, our system considers things like how recent a review is and if the reviewer bought the item on Amazon. It also analyses reviews to verify trustworthiness.

Amazon Customer
5.0 out of 5 stars The war that has been hard won, may not be what the propaganda machine makes it out to be.
Reviewed in Australia on 7 October 2014
Verified Purchase
A very good read that I didn't want to put down and lost sleep over :D

It was hard to imagine the world in which she (our prodigy) lived in at first, but the duel story lines told by both of the main characters brings this reality into a shape comparison in main class structured societies today. Or did it, there are things that start to reveal themselves as time goes on and the war that has been hard won, may not be what the propaganda machine makes it out to be. What is behind the sickness that is a curse to the people that can't pay for medicine and those that don't pass the testing.
Read more
Helpful
Report abuse

Cristina
5.0 out of 5 stars Heartbreak...
Reviewed in Australia on 28 June 2014
Verified Purchase
This one was the hardest to read, too emotional and made you care for everyone. Very interesting 'world' which I think will be great as a movie.
Read more
One person found this helpful
Helpful
Report abuse

Sarah
5.0 out of 5 stars Enjoyable
Reviewed in Australia on 13 October 2019
this was a good book, yeah?
it was well written and i could easily tell the difference between Day and June without flipping back, yeah?
only issue was yeahs added on the end of sentences were a bit annoying
Read more
Helpful
Report abuse
See all reviews

nino
5.0 out of 5 stars Excellent second book
Reviewed in the United Kingdom on 20 April 2020
Verified Purchase
I gave the first book 4 stars. I liked the concept, the ideas were great, and the characters. But I did not buy into the love story. I felt it was completely too fast and made no sense.
But I felt invested in the book itself and the storyline so I bought the second book.
And I am glad I did!! Book 2 is SO much better than Book 1. The characters are more believable, the romance is more in depth and realistic, it feels more along the lines of the Dystopian fictions I love and adore, and so I am glad I continued with this series to get to this stage, and have bought Book 3 in order to continue.
Read more
Report abuse

Whispering Stories Book Blog
5.0 out of 5 stars Brilliant second book
Reviewed in the United Kingdom on 29 March 2014
Verified Purchase
"Prodigy", begins from exactly where "Legend" finished. Now on the run and being the Republican’s most wanted traitor, June has to help Day get to Las Vegas where he can get the medical help he needs for his injured leg.

Once they arrive, they realise that they don’t have many options open to them. They either side with the Patriots or try to go it alone, a fate not worth thinking about.

Siding with the Patriots comes at a price. Not only do they need to help assassinate the new Elector, they are now going to be separated in order to complete the mission.

In separating the characters, Marie Lu brought them both to the forefront individually. They each grew in character and we discover through their separation, just how much they truly mean to one another and what they will do for each other.

June has to make some tough decisions if she’s to pull off her side of the assassination. She needs to get herself noticed to Anden in order to get close to him, but she quickly discovers that the new Elector isn't the bad guy he’s being made out to be, giving her a dilemma. Does she go through with her side of the plan, or purposely fail, meaning that Day’s life could be in danger?

Once again told from Day and June’s point of view, the book is fast paced and full of action. There are lots of twist and turns, which keep you interested all the way through, and with some big dramatic scenes, you’ll be hooked right from the beginning.

I love Day and June’s characters and feel that, although it was heartbreaking to see them separated, it helped them shine in their own light, showing their full potential and personalities.

We get to meet a few new characters such as Razor, the leader of the Patriots, Anden, the new Elector and Kaede, a Patriot soldier and pilot, all adding extra depth to the story in their own right.

There are lots of secrets revealed through out, and complex situations which at times will have you gripped and astonished, and others screaming at the book.

We learn far more about the USA and how the country is divided in the aftermath of the fighting, as well as what has happened to some of the countries around the world.

The ending is a real shocker and will have you grabbing for the third book straight away.

Overall, I thoroughly enjoyed "Prodigy". It kept me entertained and eager for more all the way through, and it didn't disappoint.
Read more
3 people found this helpful
Report abuse

Siobhan Davis
5.0 out of 5 stars Vastly Superior to Book 1
Reviewed in the United Kingdom on 3 March 2015
Verified Purchase
I absolutely loved this book! Prodigy was far superior in ways in which Legend fell down, in my opinion. This book hooked me from the get-go and I ended up reading it in 2 sittings, in less than 24 hours. I thought both the pacing and the writing was vastly improved from the first book in this series.

In Prodigy, we follow June and Day as they struggle to identify whom they can trust. As they get sucked into a ruthless battle for control of the Republic, their relationship is tested as the cultural differences between them become more apparent. Though they still share a strong connection, and are undeniably attracted to one another, their vastly different upbringings threaten to tear them apart. I always love a strong romance element to these type of fast-paced action-packed adventures, and Marie Lu doesn't fail to deliver in this regard. June and Day are loyally protective of each other and it's really sweet. Sometimes I struggle to relate this with the fact that they are only 15, however, they are presented as mature 15-year-olds with strong intelligence and keen observational skills, so I can overlook it.

The plot is a lot less predictable in this book, and the suspense and drama is deliciously built the whole way through the novel. There were a couple of twists at the end that I didn't see coming, and I always love when the author retains the ability to surprise me.

The ending was so shocking, and bittersweet, and my heart was literally in my mouth. Now I can't wait to read Champion to see how things end up for June and Day.
Read more
Report abuse

Kindle Customer
4.0 out of 5 stars The ending is amazing
Reviewed in the United Kingdom on 14 September 2021
Verified Purchase
I became quite frustrated with the constant arguing in a large chunk of the book and the slowness of the characters to realise a certain twist. The story seemed to make slow progress in the middle but then sped up dramatically to amazing conclusions and a further twist, that made up for all that had been set up.
I would have liked to hear more about Eden but maybe that will happen in a future book.
Read more
Report abuse

J Peterson
5.0 out of 5 stars Once a Prodigy, always a Legend!
Reviewed in the United Kingdom on 9 February 2013
Verified Purchase
Marie Lu does it again. The first book was gripping, the second exciting, the third? Who knows? This book was great right from the start. It took me a while to read it only because i wanted to savour the moment, make sure i didn't miss anything.

So it begins with Day and June on a train heading for Las Vegas. Looking to join up with the patriots. Get help for Days injured leg, and find his brother Eden. Thats where things start to get interesting. You see the patriots will only help if they get somthing in return. Usually money, but Day and June don't have any. So they provide the next best thing, their talents and influence. All of this to help assasinate the new elector.
So things escalate from there, June goes back to the republic to try and gain their trust once more and Day helps light the saprk of the rebelion.
From there on in there's lots that happen, many things that change, strains on relationships, unanswered questions and more asked. We do get to learn more about the past of the republic and we see an insight into the colonies and what they are like. This all helps to get a fuller picture of what life is like there.
The characters continue to be great. Day is his usual self, but shows a lot more feeling, emotion, which is understandable due to what has happened to him and his family. But it helps you see who he truly is, his inner feelings, how deep seated his opinions are. He does tend to think more from his heart and less from his head so that sometimes complicates matters but it shows more realism, becomes personal. Brings the story to life.
June, well June is just the same, which is great. Always has the great attention to detail, good in tricky situations, and has a strong personality. She doesn't lack emotion though, but she does tend to bottle it up and mourn privately, most of the time.
Marie Lu portrays this story in a great cinematic and informative way. Edge of the seat stuff. I found myself struggling to stop reading the next page ahead, just too eager to know what happens! Your constantly cheering them on and hoping that the decisions they make are the right ones.
You get near the end and start to think that this might end not to badly and that it might be quite a positve ending. It is in someways, but (Ha there's always a But) well the ending basically ruined my whole day to be honest. I was like NOOOOOO!! How could you do that Marie!! You'll understand when you read it, but its such a hard hitting ending and leaves you so eager to know how it'll work out that you'll probably be scouring the internet everday after you finish reading it looking for the release date of the next one. I know i will.

All in all another great installment. Well put together and great to read. It won't dissapoint and you'll love it more and more. Enjoy.
Read more
Report abuse
See all reviews
Back to top
Get to Know Us
Make Money with Us
Let Us Help You
And don't forget:
© 1996-2021, Amazon.com, Inc. or its affiliates