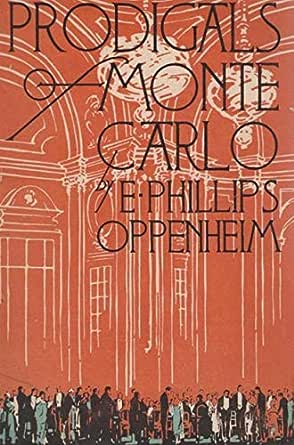 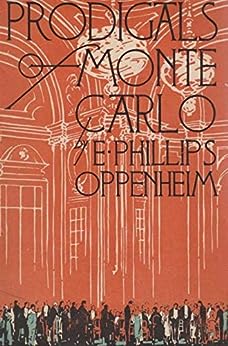 This novel has an intriguing start, as handsome and charming Sir Hargrave Wendever gets a nasty shock from the doctor. He decides to do some good with his money in the time he has left, and offers a penniless young woman a free holiday at his villa, with no strings attached. That is just the beginning of a whole series of romantic complications... Arguably Oppenheim's best book!
click to open popover

JAD
5.0 out of 5 stars Suspense and Romance in the 1920s
28 April 2006 - Published on Amazon.com
"The Prodigals of Monte Carlo" is "Prince of Storytellers" E. Phillips Oppenheim's second-best of 180 or more novels.

Set first in London, the book takes us to the offices of a great Harley Street specialist, where the hero of the story has just been given very bad news indeed. In short, within a few months, his life will be over.

Wealthy, handsome, intelligent, single, with the world at his feet--suddenly he finds his world crumbling. What will he do, in response to the shock the doctor visit conveys?

He throws a small dinner party, to which he invites several of his closest friends--one of religious sentiment, one who is a wizard of investments and another whose artistic tastes are beyond reproach. At the right point in the dinner party, he asks them what they would do if they were given only a short time to live.

Their answers form the basis of what the hero decides to do. As a result, the reader is transported from the grey fogs of London to the sunshine of Monte Carlo, where, along with the hero and some new friends, the real adventures begin.

If you are fascinated with the 1920s, the Europe that was between the Wars, the world of the well-heeled cafe society, the hint of danger and espionage, the unfolding of a story with plenty of adventure and many plot twists, then this is your story.

P G Wodehouse dedicated one of his books to E Phillips Oppenheim and F Scott Fitzgerald was also numbered among his author-friends. So, guided by their estimates, give this book a read!

If you find this review helpful, why not read some of my other reviews! Happy reading.

Read more
6 people found this helpful
Go to Amazon.com to see all 1 reviews 5.0 out of 5 stars
Get FREE delivery with Amazon Prime
Prime members enjoy FREE Delivery and exclusive access to movies, TV shows, music, Kindle e-books, Twitch Prime, and more.
> Get Started
Back to top
Get to Know Us
Make Money with Us
Let Us Help You
And don't forget:
© 1996-2020, Amazon.com, Inc. or its affiliates