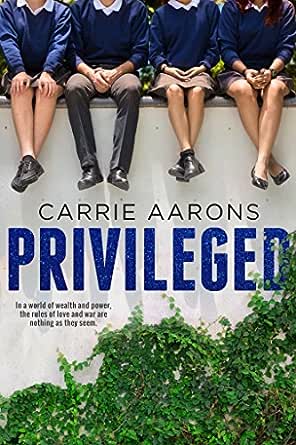 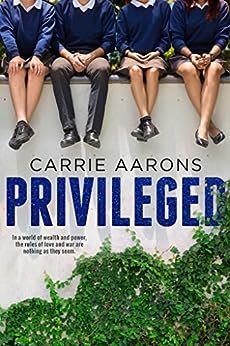 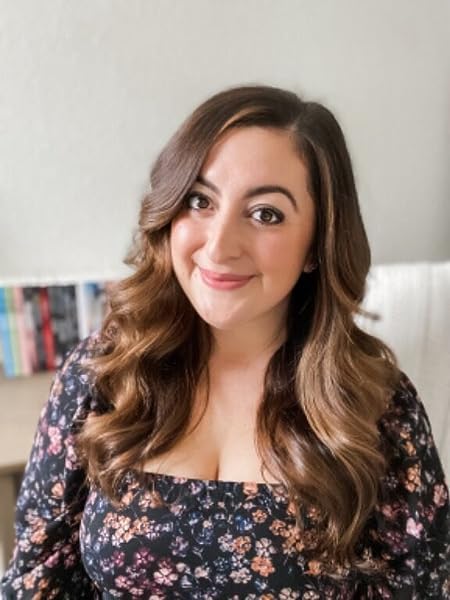 3.4 out of 5 stars
3.4 out of 5
46 global ratings
How are ratings calculated?
To calculate the overall star rating and percentage breakdown by star, we don’t use a simple average. Instead, our system considers things like how recent a review is and if the reviewer bought the item on Amazon. It also analyses reviews to verify trustworthiness.

Sue
4.0 out of 5 stars It’s fun and sometimes light
Reviewed in Australia on 14 February 2018
I honestly didn’t know what to expect when I started this one. I was thinking, no way I was going to connect with these snotty high school bullies, but before I knew it I had. It’s fun and sometimes light; other times heavier and full of YA drama. It’s also sweet and emotional at times with loveable and realistic characters with great chemistry.

I liked Asher; his character is so arrogant but he has a sweet side too. He’s manipulative as well as being manipulated about what he’s expected to do as far as family expectations; current and future. He has so much anger for something he doesn’t fully understand and I was disappointed in his choice. It was hurtful not only to the intended target but he hurt himself in the process. His dad…Ugh, not even a little like for him!!

Nora is in a new country, new school, new friends, new life and it’s full of firsts. She’s quiet, strong, smart, and usually keeps to herself. I love how she put herself out there and took a chance but her poor heart, mine hurt for her. She’s very mature and I was proud of the difficult decisions she made for herself.

This is my first book by Carrie Aarons. I enjoyed her detailed writing; it had a great flow, serious, yet light and even funny at times. I’ve already started the second book in this series, Elite.

When I first started reading this book, I was struggling. Mainly because I felt Asher was a prat. A manipulative prat, and it was off putting. Then I started to get a better feel for who he was, and what he was protecting. I also had to understand the house he grew up in, and where the manipulation came from. Then my feelings towards him grew and I wanted to hug him and hit him at the same time.

Nora was very naive and even with her gift, it didn't give her streets smarts, but she learnt quickly in her new environment. Not everyone was happy with the circumstances that bought her to London but I liked her a lot. She was extremely smart, a little sassy but mostly the innocence made her quite endearing. When these two were together, I had this conflicting feeling of wanting them to be a couple but also knowing what he really thought. It had me transfixed and wishing for their HEA.

On the whole, after I sorted out my feelings for Asher, I enjoyed the story. I know I am reading a book of fiction, and not all things are true, but some things didn't feel factual. I can't say too much without giving away spoilers, but a few little things felt out of place. This didn't interfere with how the story played out and I was pleased with the outcome.

* I received a copy for an honest review.
** Reviewed for JoandIsaLoveBooksBlog.
Read more
Helpful
Report abuse

Danielle Woods
4.0 out of 5 stars I love Carrie Aaron’s writing but her books are always so ...
Reviewed in Australia on 23 July 2017
4 Stars for Privileged!

I love Carrie Aaron’s writing but her books are always so different so I didn’t know what to expect with this one. I’ll just say that I wasn’t disappointed.

Nora is completely new to this new life she’s living. When her mother gets’s married, she is forced into a new world of rich teenagers and private schools and a new country. Nora has always wanted to just get by life flying under the radar but at her new school, that isn’t going to happen. Not if Asher can help it.

Asher is a rich privileged teen. At the start of the book he has a plan to use Nora to get revenge for his family but as he carries on he realises he actually might have feelings for her. However, it might not be enough for them to overcome what’s yet to come. Asher is a jerk, but he’s also complicated and I loved being inside his head and reading what he was thinking. Sometimes I was so frustrated but then there were moments where I really felt for him. Nora, on the other hand, was relatable, I liked being in her head because I could relate to the things she was going through. Nora and Asher had great chemistry that really added to this story and made them both perfect for each other. There were so many emotional moments and moments of vulnerability during the story that made the characters seem more real and more like the teenagers they are.

I would recommend, even if you don’t like reading books based on high school kids. Carrie Aarons is really talented and I think you’re really missing out if you don’t give her a chance.

Nora was a bit too gullible for my liking- She fell in love/lust too quick for Asher and I felt their relationship was forced...No chemistry.
Read more
Helpful
Report abuse
See all reviews

Helennnlouise18
3.0 out of 5 stars Okay read.
Reviewed in the United Kingdom on 3 September 2018
Verified Purchase
I’m torn between whether I liked this book or not. It seemed to jump from a to b rather quickly and not only that I don’t think very much happened in it to say there was much of a plot. However, despite their Gossip girlisms, I did really like the characters.
Read more
Report abuse

Love to read_AF
3.0 out of 5 stars Promising, but still missing something
Reviewed in the United States on 18 February 2018
Verified Purchase
I have looked at Priviliged for some time trying to decide what to do - to buy it or not as the reviews were very different - from good to bad and vice versa. Amazon did the decision instead of me as as yesterday the book was being sold for a very cheap price.
The book was easy to read and not boring, but I still missed something. Maybe it was the lack of real emotions between Nora and Asher, maybe it was my need for more flawless line of actions, but it felt like really important things were brushed over and Nora and Asher’s relationships were built in no time. Even the hate “thing” felt like taken out of nowhere.

Actually I did not even like Nora as MC. Cannot quite explain why... maybe because she felt hollow and without real emotions... do not know.

The story had a lot of fairytale potential, but did not meet my expectations. So 3 stars it is.
Read more
2 people found this helpful
Report abuse

chrissycf
4.0 out of 5 stars I wanted to hate Asher, but I adored him!
Reviewed in the United States on 24 February 2018
Verified Purchase
Privileged by Carrie Aarons is like The Princess Diaries meets Mean Girls and everything in between!

Nora has her life turned upside down when her mother falls in love with her very own prince charming, and now she's among the elite in London, attending "the" school and she's like a fish out of water. On her first day of school, she meets Asher who she's captivated by, even though he treats her like crap. All she wants to do is help her mom plan her wedding, get through her senior year, and go to college, easy enough right? Wrong! Especially with Asher making her life difficult and they are now forced together since every event, social gathering, etc they are near each other.

Asher has plans for Nora, and they aren't pretty. He wants to get close to her, but only to bring her and her soon to be step-father down. As the story progresses we find out why, but we also realize that maybe as much as we want to hate Asher, he may not be as bad as he thinks he is. Nora and Asher both are complicated characters and are drawn to one another, even though they don't want to be. I loved the push and pull between them, and their conflicted feelings towards one another. Watching them grow close only made me cringe, since I knew Asher was going to hurt her, and when he did, oh goodness did I want to cry and scream and hurt him.. but I think his punishment that he got was what he deserved.

This story was unique, full of drama, angst, and yet it had laughs, and a sweet love story as well. As much as you will want to hate Asher, you'll end up falling for him, trust me on this..because if you read this, you'll go, what in the world, is she crazy?! Just trust me.. When this book ended, I really did not want it to end, because I wasn't ready to say goodbye to Nora and Asher, I adored their story, and how it ended, yet I didn't want to say goodbye. I am hoping we'll see them in future books in this series, even though each book is a stand-alone, one can only hope.
Read more
2 people found this helpful
Report abuse

Elysian Fields
3.0 out of 5 stars Missed the Mark
Reviewed in the United States on 4 March 2019
Verified Purchase
2.75 stars. While this book has potential and was written fairly well, it missed the mark for me for many reasons.
1) It is listed as a high school read, but there is very little mention of high school at all, and the characters acted more like they were in middle school.

3) Nothing really happens in this book and there is a lot of story telling: “I've never done this…”, “I've never felts that…”, “I am not normal”, “I am so angry…” It felt forced to me.

3) This is what bugged me the most and the main reason for my low star rating… I felt like this book was written buy a computer: checking boxes of what a book should have in it and trying to express human emotions when they have never been felt. The story was too stiff, too hard and I never connected to the characters.
Read more
One person found this helpful
Report abuse
See all reviews
Back to top
Get to Know Us
Make Money with Us
Let Us Help You
And don't forget:
© 1996-2021, Amazon.com, Inc. or its affiliates