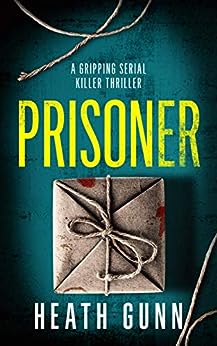 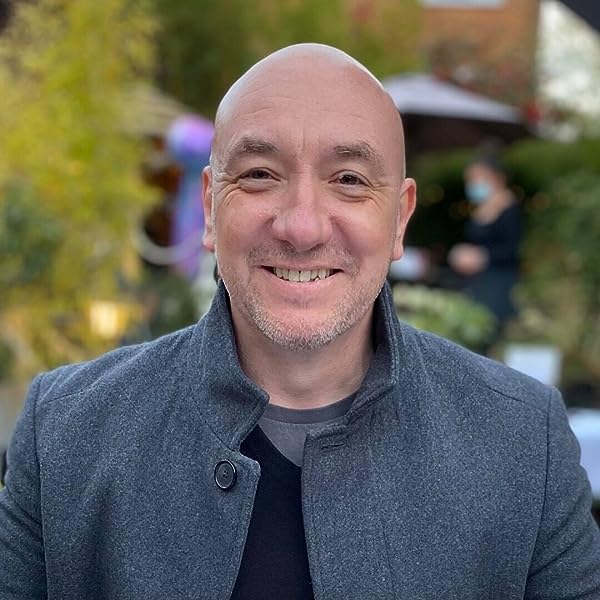 by Heath Gunn (Author) Format: Kindle Edition
See all formats and editions
Sorry, there was a problem loading this page. Try again.
DI Lomas Baxter is used to dealing with the criminal underbelly of the south coast and has built his career from hunting down and catching murderers.He is also a dedicated father and husband who strives to keep his family and "the job" separate.

As the arm of victim three is fished from a stream, Baxter knows he has to hunt down and stop a sadistic serial killer. One who is relentlessly abducting, torturing and murdering young women. With the death-toll mounting, DI Baxter and his team race to save the lives of innocent victims, while being taunted by a seemingly untouchable foe.

Can Baxter capture the killer before the threat moves closer to home and his two worlds collide?

If you like gripping, fast paced crime thrillers, and you’re a fan of greats like Rankin, McDermid and Patterson, you will love Prisoner, a debut novel by Heath Gunn.

Buy the first in the DI Baxter series today.

What people are saying about Prisoner -

Brilliant
First time I’ve read a book by this author & I loved it. Great characters & plot. Onto the next.

Gripping Read
Well what can I say first time reading by this author , but what a read couldn't put it down it was absolutely a brilliant book the ending brill can't wait to read more books by this author

Amazing
Probably shouldn’t have started this one so late at night! Was gripped from page one and then needed to stay up to finish it!
Captivating, thrilling and and amazing end! Will definitely be reading more of heath’s books

A Great Read!
A real page turner. I read it in almost one sitting. I loved the fact that Lomas wasn’t a tortured hero but a man who led from the front and who demonstrated great integrity and leadership. There were also some good strong women characters too. Twists and turns, thought I had it, then bam, things happen and the direction changes. Looking forward to the next book already

A Fantastic rollercoaster read from page one
Author - K A Masson
I was really gripped from the start! Heath Gunn doesn't ease readers in gently, even in the first few pages there is a lot of action, and that sets the tone for the whole book. I really sympathised with the detectives – the drama and plot work really well to show they are running against the clock the whole way through.

DI Lomas Baxter and Louis Matthews are both expertly drawn and complex characters, and we get an insight into their personal lives which I found really helped me invest emotionally in them both.

Jaw dropping. Palpitations and a mixture of shock and excitement
Where do I start.
Heart beating fast , jaw dropping open, butterflies in my stomach are just done of the feelings I got while reading this fabulous book. As soon as I picked it up I couldn’t put it down. It had been gripped from the start. It is well written to the point you forget you are reading it and not actually living it. I highly recommend it and I can’t wait for the authors next novel!!!
I’m just gutted i have finished it.

Heath was born in Sheffield, grew up in Rotherham and left home at eighteen to join the Royal Navy, as a Helicopter Engineer.

He has lived in Hampshire, along the South Coast ever since, as he loves being near the sea.

Heath is the CEO of Hampshire based disability charity, Enham Trust; and has been the Lead Singer of Rapid Tranq, a rock covers band since 2007.

Alongside a varied and colourful career to date, Heath has written for years, producing stories of various lengths, poetry and picture book stories for young children.

Prisoner was the first in the DI Baxter series, closely followed by his first gangland crime thriller Khan in 2020.

4.2 out of 5 stars
4.2 out of 5
56 global ratings
How are ratings calculated?
To calculate the overall star rating and percentage breakdown by star, we don’t use a simple average. Instead, our system considers things like how recent a review is and if the reviewer bought the item on Amazon. It also analyses reviews to verify trustworthiness.

Margie Johansson
5.0 out of 5 stars Loved it!
Reviewed in Australia on 2 January 2021
Verified Purchase
Suspenseful and exciting to the end. Could not put it down and look forward to reading your next novel, FANTASTICO.
Read more
Helpful
Report abuse
See all reviews

BOOK MARK!
5.0 out of 5 stars Great debut
Reviewed in the United Kingdom on 29 March 2021
Verified Purchase
A new author for me, a debut novel and the first in a new series...
Got to say firstly what a breath of fresh air D.I.Lomas is/was to me, he is ‘normal’, no hidden agendas or drink/drug dependencies and has a great family life, loves his job and treats his subordinates with respect, he is fab and really enjoyed this take on a detective!
We meet him and his team as they are investigating a growing case where women are randomly going missing and then found gruesomely murdered, another body has just been discovered, the killings are shocking (and as the book progresses the descriptions of future killings are gruesome and had me ‘turning away’ at some points)
The characters are intense and as the book continues we find out some have more to hide than others, I did guess the killer but only due to one ( I felt ) giveaway line
The story is told well, I am always wary of ‘police procedurals’ as sometimes find them too in depth in boring detail but this wasn’t and kept my interest all through
I liked the character descriptions and how their reactions to various events was relayed in a true to life fashion
I look forward to the current book ‘Khan’ in fact I am starting it next as am keen to see where D.I.Lomas goes next

TBell
5.0 out of 5 stars Great Read!
Reviewed in the United Kingdom on 21 March 2021
Verified Purchase
I was recommended to read this book as love Angela Marson Books (D C I Kim Stone series)
However “Prisoner” did not disappoint, it’s fast pace, well written story, just keeps you on the edge of your seat, you just can’t wait to see what happens next.
In fact I read it in one sitting!
Was only disappointed when the book finished!

Can’t wait to read the next one!
Read more
2 people found this helpful
Report abuse

Amazon Customer
2.0 out of 5 stars Trying to shock just TOO much
Reviewed in the United Kingdom on 27 August 2021
Verified Purchase
Yes I know this is pure fiction and serial killers do exist but please this book was attempting to shock with such graphic details beyond even the sickest of murderers. I persevered and the story just kept repeating the same gruesome murders. After the build up and with only 20 pages left the all ends well. What I wanted to know, why did none of detectives carry a laser when attempting to apprehend the worst serial killer of all time and why did the story end without the usual interviewing the suspect, rather just "The End" Won't bother with any follow ups.
Read more
Report abuse

Linda s.
5.0 out of 5 stars Prisoner
Reviewed in the United Kingdom on 7 September 2020
Verified Purchase
Well what can I say first time reading by this author , but what a read couldn't put it down it was absolutely a brilliant book the ending brill can't wait to read more books by this author
Read more
One person found this helpful
Report abuse

Janet
5.0 out of 5 stars A great read!
Reviewed in the United Kingdom on 24 December 2019
Verified Purchase
A real page turner. I read it in almost one sitting. I loved the fact that Lomas wasn’t a tortured hero but a man who led from the front and who demonstrated great integrity and leadership. There were also some good strong women characters too. Twists and turns, thought I had it, then bam, things happen and the direction changes. Looking forward to the next book already!
Read more
One person found this helpful
Report abuse
See all reviews
Back to top
Get to Know Us
Make Money with Us
Let Us Help You
And don't forget:
© 1996-2022, Amazon.com, Inc. or its affiliates