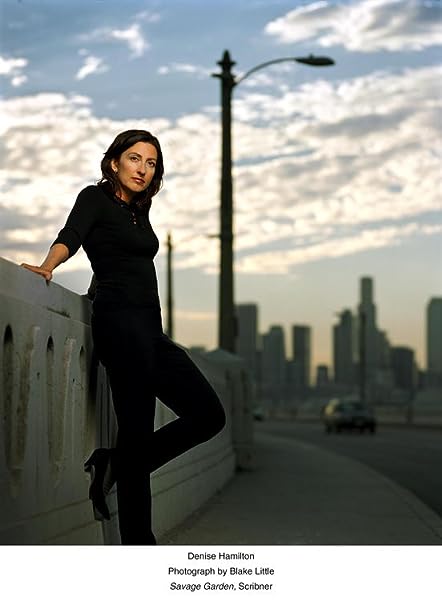 Noise: The new book from the authors of ‘Thinking, Fast and Slow’ releases on May 19.
If the Amazon.com.au price decreases between your order time and the end of the day of the release date, you'll receive the lowest price. Pre-order now.
click to open popover
Tell the Publisher!
I’d like to read this book on Kindle

Thalia
2.0 out of 5 stars Eve Diamond stumbles
Reviewed in the United States on 24 November 2016
Verified Purchase
Writing a book is hard work. Realizing that, one dislikes panning someone's toil. However, I would like to suggest to writers and this book particularly that a writer's number one goal should be to FIND A GOOD EDITOR. Denise Hamilton didn't. Much of the dialogue seems better put in a teen novel. The ending with a returned boyfriend is contrived - "hokey" perhaps is better. The plot has great potential: L.A. family of immigrants/L.A. mobsters/L.A. Russians. All there and waiting. Alas. If you are a dedicated mystery reader, this is not a read for you.
Read more
One person found this helpful
Report abuse

kathleenap
5.0 out of 5 stars Read Prisoner of Memory. Your will be delighted, not disappointed!
Reviewed in the United States on 10 February 2016
Verified Purchase
I read this as a first edition. A neighbor borrowed it and I moved without getting it back. Sigh. I purchased this as a replacement copy but haven't reread it yet. I have all of the author's books (the rest as 1st/1sts) and love, and appreciate, her writing. The characters and the plot are the strengths of this book and series; any sexual content is appropriate and not explicitly over-the-top. You can be assured that Denise Hamilton is an excellent writer: style, plot, characters, etc. This is the fifth in the Eve Diamond series. However be assured that you can read and enjoy this book on its own merits. There is no need to have read the other books featuring Eve first. I highly recommend Prisoner of Memory, and all of Denise Hamilton's books!
Read more
Report abuse

The story kicks off with Eve being sent to Griffith Park to investigate the sighting of a mountain lion. She stumbles across the body of a teenage boy who has been murdered execution-style. Further investigation reveals the boy to be the son of Russian immigrant parents. His murder appears motiveless and Eve, herself the daughter of Russian immigrants, establishes a rapport with the boy's father.

I won't reveal too much except to say that Eve finds herself entangled in a web involving a disgraced FBI agent and the Russian Mafia. This novel also feels more personal as the author is herself of Russian descent. As with all her previous novels, though, her love for her native city shines through.

In short, a worthy addition to your bookshelf. Fans of the series will love it and if you haven't read her books before now's the time to start.
Read more
Report abuse
See all reviews
Back to top
Get to Know Us
Make Money with Us
Let Us Help You
And don't forget:
© 1996-2021, Amazon.com, Inc. or its affiliates