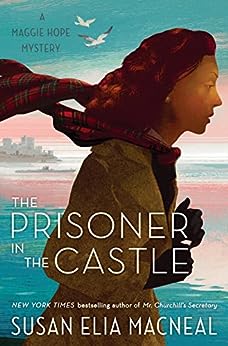 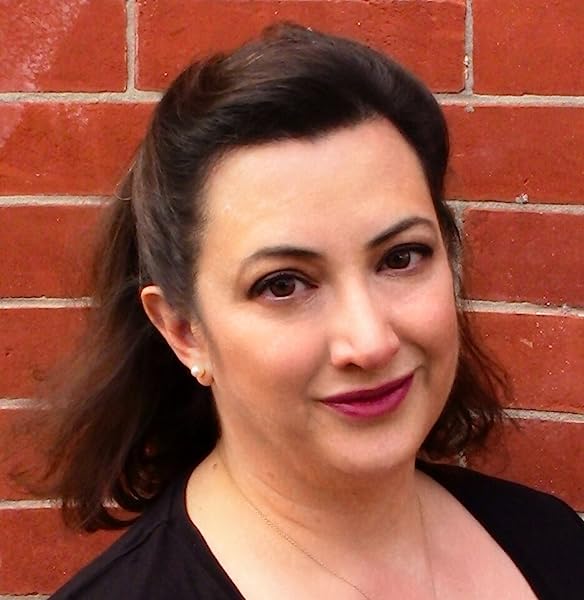 The Prisoner in the Castle: A Maggie Hope Mystery Kindle Edition

by Susan Elia MacNeal (Author) Format: Kindle Edition
See all formats and editions
Sorry, there was a problem loading this page. Try again.
A series of baffling murders among a group of imprisoned agents threatens the outcome of World War II in this chilling mystery from the New York Times bestselling author of Mr. Churchill’s Secretary.

November, 1942. World War II is raging, and former spy Maggie Hope knows too much: what the British government is willing to do to keep its secrets, who is lying, who the double-crossers are. She knows exactly who is sending agents to their deaths. These are the reasons Maggie is isolated on a remote Scottish island, in a prison known as Killoch Castle. When one of her fellow inmates drops dead in the middle of his after-dinner drink—he’s only the first. As victims fall one by one, Maggie will have to call upon all her wits and skills to escape—not just certain death . . . but certain murder. For what’s the most important thing that Maggie Hope knows? She must survive.

Praise for The Prisoner in the Castle

“The colonel sums it up best on page ten: ‘If you take a pretty girl and teach her how to kill, it can cause problems.’ Not just problems—electrifying action and nonstop surprises. I loved this book!”—R. L. Stine, author of the Goosebumps and Fear Street series

“Another literary tour de force . . . From the book’s perfectly calibrated plot to its incisively etched characters, everything is handled with perfect finesse by the author.”—Poisoned Pen Newsletter

“One pleasure of a mystery series is connecting with a character that changes and grows with each novel. . . . Maggie’s intelligence and loyalty to the war effort continue to evolve in [Susan Elia] MacNeal’s series. . . . Solid twists keep the plot of The Prisoner in the Castle churning until the surprise finale.”—Associated Press

“A mystery . . . tailor-made for readers in the post-election, #MeToo era. . . . If you love a tricky puzzle that requires you to keep track of multiple alibis over time, this is your summer read.”—The Washington Post

“MacNeal uses [Agatha] Christie’s And Then There Were None as a framework for a character-driven mystery/thriller that successfully emulates the original.”—Kirkus Reviews

American-born spy and code-breaker extraordinaire Maggie Hope must solve a baffling series of murders among a group of captive agents on an isolated Scottish island as the acclaimed World War II mystery series from New York Times bestselling author Susan Elia MacNeal continues. --This text refers to the paperback edition.

"Only Susan Elia MacNeal--and the extraordinary Maggie Hope--could wrap such a tale of courage and betrayal around a secret that will cost lives and honor to protect."--Charles Todd, New York Times bestselling author of the Inspector Ian Rutledge series and the Bess Crawford series

"Engrossing . . . a fast-paced climax leads to an ending that will leave readers eagerly awaiting the next installment."--Publishers Weekly

"A treat for WWII buffs and mystery lovers alike."--Booklist

"Maggie Hope mysteries are as addictive as a BBC miniseries, with the added attraction of a well-paced thriller."--RT Book Reviews

"A captivating, post-feminist picture of England during its finest hour."--TheDenver Post

Susan Elia MacNeal is the New York Times bestselling author of the Maggie Hope mysteries, including Mr. Churchill's Secretary, Princess Elizabeth's Spy, His Majesty's Hope, The Prime Minister's Secret Agent, Mrs. Roosevelt's Confidante, The Queen's Accomplice, The Paris Spy, and The Prisoner in the Castle. MacNeal won the Barry Award and was nominated for the Edgar, Macavity, Agatha, Left Coast Crime, Dilys, and ITW Thriller awards. She lives in Brooklyn, New York, with her husband and son. --This text refers to the paperback edition.
Read more

MOTHER DAUGHTER TRAITOR SPY, a stand alone novel, is coming out from Penguin Random House on September 20, 2022. THE HOLLYWOOD SPY (Maggie Hope #10) was published in hardcover on July 6, 2021 will come out in paperback in August 2020. The Maggie Hope series will continue, with a new title coming out in 2023.

Susan Elia MacNeal is the author of The New York Times, Washington Post, Publishers Weekly and USA Today-bestselling Maggie Hope mystery series, starting with the Edgar Award-nominated and Barry Award-winning MR. CHURCHILL'S SECRETARY, which is now in its 23rd printing.

Her books include: MR. CHURCHILL'S SECRETARY, PRINCESS ELIZABETH'S SPY, HIS MAJESTY'S HOPE, THE PRIME MINISTER'S SECRET AGENT, MRS. ROOSEVELT'S CONFIDANTE, THE QUEEN'S ACCOMPLICE, THE PARIS SPY, THE PRISONER IN THE CASTLE, THE KING'S JUSTICE, and THE HOLLYWOOD SPY. The Maggie Hope novels have been nominated for the Edgar, the Macavity, the ITW Thriller, the Barry, the Dilys, the Sue Federer Historical Fiction, and the Bruce Alexander Historical Fiction awards. The Maggie Hope series is sold world-wide in English, and has also been translated into Czech, Japanese, Mandarin, Cantonese, Turkish,Italian, Russian, Portuguese, and Bulgarian and is also available in large print and audio. The film and television rights to the series are currently with Warner Bros.

Susan is married and lives with her husband, Noel MacNeal, a television performer, writer and director, and their son in Park Slope, Brooklyn.

4.5 out of 5 stars
4.5 out of 5
558 global ratings
How are ratings calculated?
To calculate the overall star rating and percentage breakdown by star, we don’t use a simple average. Instead, our system considers things like how recent a review is and if the reviewer bought the item on Amazon. It also analyses reviews to verify trustworthiness.

GMW
5.0 out of 5 stars EXCELLENT
Reviewed in the United Kingdom on 3 January 2022
Verified Purchase
What a wonderful story to add to this exceptional series. It was UNPUTDOWNABLE. Maggie Hope comes to life and the storyline and characters draw you in. I would recommend this series to all.

We must never forget the sacrifices that the SOE agents made on our behalf and the barbaric cruelty they suffered if caught.
.
Read more
Report abuse

M. Duffy
2.0 out of 5 stars Not so good
Reviewed in the United Kingdom on 20 May 2019
Verified Purchase
I havecreadcthis series,from the beginning. I accepted the errors, nearly laughed myself silly in Princess Elizabeth's Spy, but always enjoyed the story. Not this one. Too many errors and seemed to not know where it was going.
Read more
Report abuse

Ro
5.0 out of 5 stars Exciting read
Reviewed in the United Kingdom on 11 November 2019
Verified Purchase
I've been saving this to read on my holiday - now nearly half way through and it's just as well written and riveting as other Maggie Hope books.
Read more
One person found this helpful
Report abuse

Amazon Customer
5.0 out of 5 stars brilliant book
Reviewed in the United Kingdom on 29 November 2018
Verified Purchase
One in a series if books - well written and keeps you guessing as to what happens next
Read more
Report abuse