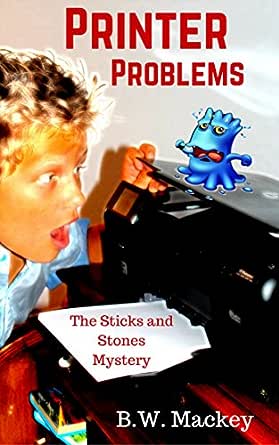 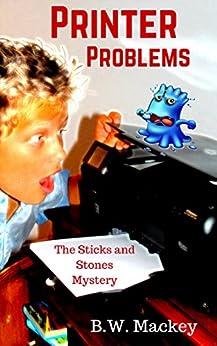 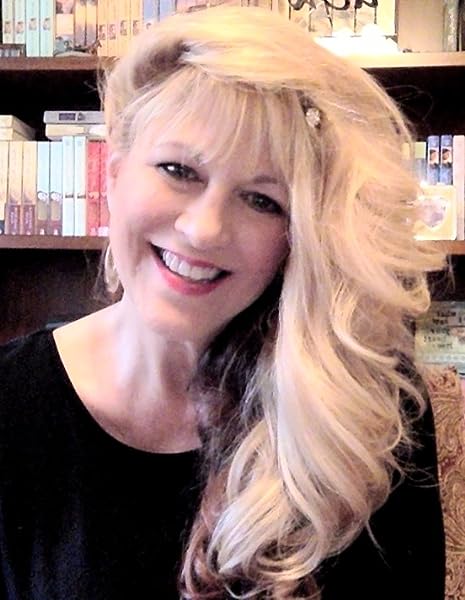 BRIAN REED HAS A NEW PRINTER FOR HIS COMPUTER, AND IT SEEMS TO HAVE A MIND OF ITS OWN. CAN BRIAN AND HIS FRIEND BREAK THE CURSE BEFORE THE UNTHINKABLE HAPPENS?

Strange messages print when no one is around, when no data has been sent to the print queue, and even when the machine is unplugged. The worst part for twelve-year- old Brian is the predictions are coming true and life is becoming scary. Each time Brian tells a lie, makes fun of someone, or does something he shouldn't--the messages appear.

Brian gets help from his friend, Jason, to tackle the printer problems. But when the boys meet Angela Daniels, their situation becomes much more urgent. Since Angela has also been in contact with the printer, it is now causing more danger than they could have imagined. The trio must solve the mystery, and they don't have time to waste.

B.W. Mackey is a best-selling and award-winning author who has penned twenty-eight novels and/or novellas under the name Beth Wiseman. She has sold over 1.8 million books and landed on multiple bestseller lists. She was the recipient of the prestigious Carol Award in 2011 and 2013. She is a three-time winner of the Inspirational Readers Choice Award, and an INSPY Award winner. In 2013 she took home the coveted Holt Medallion. Printer Problems is her first offering for young readers.
click to open popover

Randy Tramp
5.0 out of 5 stars Fun Read
22 June 2019 - Published on Amazon.com
Verified Purchase
"He loved his sister but most days he wished there was a zipper on her mouth."

Twelve-year-old, Brian Reed has a new printer. It has a mind of its own. Strange messages are spitting out. Predictions that are coming true. Brian tells a lie, makes fun of someone or does something he shouldn't a message comes out. Then a consequence.

Jason helps Brian. It gets worse. Then they meet Angela Daniels. It gets urgent.

What a way to learn. A printer that teaches lessons. This story was different and that made it really good.

L. Braun
3.0 out of 5 stars A little too frightening
6 January 2018 - Published on Amazon.com
Verified Purchase
If you like tales of magic and curses, you'll love this story of a demon-possessed printer that takes its vengeance on anyone it doesn't like. It reminded me of an episode of The Twilight Zone or Outer Limits. Could an innocuous printer really cause someone to age ten years every week until they died? Not without some malevolent force behind it. What that force is we're never told, but that's not something the Holy Spirit would do. I kept expecting someone would drive out the demon so it was just a normal printer again, but the only adult who believes anything strange is going on is as helpless as the children.

"Printer Problems" is well-written, just a little more tense than the cute cover photo would have you believe.
Read more
2 people found this helpful

Moose15
5.0 out of 5 stars A classic, mystery-style chapter book for young (or young at heart!) readers
5 January 2016 - Published on Amazon.com
Verified Purchase
My 9-year-old loved this! This is a classic mystery-style chapter book that will keep kids engaged. Don't be surprised if your young reader asks to finish just one more chapter before bedtime. And, for me, it was hard to say no, especially when I heard enthusiastic expressions like, "Mom! You're never going to believe this!" I even read the book, and it was a fantastic escape that reminded me of the value of friendship. I highly recommend!
Read more

Bonnie DALE Keck
4.0 out of 5 stars but nice enough story for all that
20 April 2017 - Published on Amazon.com
Verified Purchase
Kindle Unlimited, but must have gotten it on a free day, not sure really why it was called a mystery, was thinking more hardy boys I guess, and the story seemed to drag or be a bit convoluted/confusing in places so actually read it in 2 parts, and still not sure about the bell part at all, but nice enough story for all that.
Read more