The Princess Bride and over 1.5 million other books are available for Amazon Kindle . Learn more
Share <Embed> 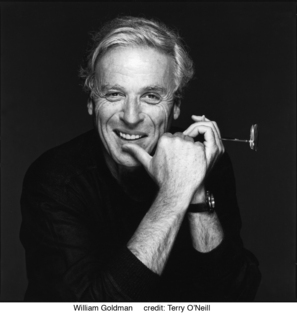 Page 1 of 1 Start overPage 1 of 1
Previous page
Next page
Start reading The Princess Bride on your Kindle in under a minute.

William Goldman has been writing books and movies for over forty-five years. He has won two Academy Awards (for Butch Cassidy and the Sundance Kid and All the President's Men) and three Lifetime Achievement awards in screenwriting. He lives in New York City.
Read more

4.7 out of 5 stars
4.7 out of 5
6,633 global ratings
How are ratings calculated?
To calculate the overall star rating and percentage breakdown by star, we don’t use a simple average. Instead, our system considers things like how recent a review is and if the reviewer bought the item on Amazon. It also analyses reviews to verify trustworthiness.

megan
TOP 50 REVIEWER
5.0 out of 5 stars Highly recommended
Reviewed in Australia on 24 June 2016
Verified Purchase
The Princess Bride, by William Goldman, was a wonderful read for those who enjoy the romantic/fantasy/action genre.
The book was well-written, had a strong plot, excellent characters and all the other elements needed for a really good read.
I loved the fairytale feel and the life-lessons to be learned. My three favourites quotes:
"As you wish!"
"Get used to disappointment!"
“I’ll tell you the truth and its up to you to live with it.”
The journey that The Princess Bride takes you on is an absolute pleasurable ride. Add to the mix, all the rich characters in all the farcical situations they find themselves in and the book reaches the classic level, in my opinion. (Of course the movie is an all-time favourite, too.)
Read more
One person found this helpful
Helpful
Report abuse

Amazon Customer
2.0 out of 5 stars Not for me.
Reviewed in Australia on 12 January 2019
Verified Purchase
I read this one because a friend said it was a good movie and I couldnt find the movie and I prefer books.
I plowed through it to see why he liked it. Not for me. Boring !!!!!!
Read more
Helpful
Report abuse

broccoli_pie
5.0 out of 5 stars A great adventure
Reviewed in Australia on 21 November 2014
Verified Purchase
This has easily become one of my favourite books. Easy to read, a great adventure and lovable characters. Much recommended. I watched the movie after I finished the book and I didn't like it as much as I did the book unfortunately but it was great to see the characters come alive on screen.
Read more
One person found this helpful
Helpful
Report abuse

Ant
5.0 out of 5 stars Greatest book ever
Reviewed in Australia on 3 September 2017
Verified Purchase
If I could marry a book, it would be this one.
Read more
One person found this helpful
Helpful
Report abuse

Davey
TOP 500 REVIEWER
4.0 out of 5 stars Enjoyable
Reviewed in Australia on 11 November 2014
Verified Purchase
I wondered what I had struck here and struggled to get into the narrative. However I ended up finding it quite readable and more important, enjoyable. I am still thinking about it.
Read more
Helpful
Report abuse

Georgia Kerr
3.0 out of 5 stars Good
Reviewed in Australia on 17 November 2014
Verified Purchase
I must admit the movie was quite unenjoyabe. It was ridiculous and extremlg unrealistic. But the book was quite the opposite, it was rather enjoyable although I must agree with last reviewer the authors interjections were very unnecessary. Overall I would reccomend this book to anyone willing to read an adventurous book!
Read more
Helpful
Report abuse

Amazon Customer
5.0 out of 5 stars As you wish!
Reviewed in Australia on 12 August 2020
Verified Purchase
Have always loved the movie 🎥 and now I totally love this book 📚
Read more

5.0 out of 5 stars As you wish!
By Amazon Customer on 12 August 2020
Have always loved the movie 🎥 and now I totally love this book 📚
Images in this review

At its heart we have a fun romp of a fantasy novel, and as the synopsis says it has a little bit of everything.

But for me it’s the way the story is presented which takes it to the next level. William Goldman claims to have take a beloved story from his childhood and edited it down to only the good bits, with brilliant commentary scattered throughout.

Overall this was a really fun read. And it’s about time I try out the movie!

sashaknits
4.0 out of 5 stars Irreverent good fun. If you love the movie, you'll love the book too.
Reviewed in the United Kingdom on 16 July 2016
Verified Purchase
Having come to the movie of The Princess Bride relatively late in life (its and mine!), I didn't realise as the time that it was originally a novel. I've seen the book around in the years since and recently it was on offer for Kindle so I decided to give it a try. Happily the book is at least as good as the film and in fact has an extra dimension to it. The novel is presented as an abridgement of an original by the original author, S. Morgenstern. Chapters of the story are interspersed with passages from Goldman where he talks about having the "original" read to him by his father when he was very ill (like in the book), or where he explains what extraneous material he's abridged, or where he includes anecdotes of his troubles getting the book written and published or the film made. The twist is that all of that is, in fact, fictional as well. The original book he's abridged, the wife and son he describes, and so forth are completely made up. It's very well done and does add to the fun of the overall book.

It's been a while since I saw the film so some of the finer plot points I'd forgotten which made the overall story more fun for me as some bits were still a surprise. The tone of the book was much like the film, irreverent and flippant, with constant asides in brackets about random things. The romping adventure plot was still just as much fun and most of the characters got more backstory and development than in the film which made it a richer experience overall.

Sadly I felt this version of the novel was let down overall by the Buttercup's Baby sequence at the end. It just didn't work for me, way too much fictional reality where the author wrangled with the Morgenstern estate, met with Stephen King, and so on. That all really dragged for me. The ratio of asides to actual story was also far too high so I didn't really follow what little story there was very well. I also just didn't like the story very much, sadly.

But still, that didn't dim my enjoyment for the main work. My recommendation would be to not bother reading Buttercup's Baby if you ever get a version that includes it, as far as I'm concerned it adds nothing of real value or enjoyment.

TL:DR version - if you love the movie, you'll love the book too.
Read more
13 people found this helpful
Report abuse

LJBentley
4.0 out of 5 stars I want to swashbuckle
Reviewed in the United Kingdom on 5 May 2016
Verified Purchase
I bought the book The Princess Bride in 2013. It was on offer; a daily deal on the kindle. I hadn’t heard much about it but people often mentioned it in passing so I thought I would give it a go. Then I promptly forgot about it. However, this year, those few mentions grew and grew. They mentioned it in The Big Bang Theory; it was mentioned in the date movie What If?; and finally a friend whom I have a lot in common with quoted it to me. This isn’t unusual. This friend and I have such a similar taste in movies and books that she was fully expecting me to bounce back with a similar quote. When I looked at her with a completely non-plussed expression on my face she realised that I wasn’t who she thought I was. She urged me to watch the movie.

This is all well and good but since I am a stickler for doing things the correct way round I had to read the book first. I searched the annals of my Kindle archive and found The Princess Bride. I read it and here is what I thought.

It was brilliant. It is so funny, intriguing, adventurous and just a jolly good romp. I fell in love with each of the character. I wanted Westley to come back victorious and win Buttercup’s heart all over again. I desperately wanted Inigo Montoya to avenge his father’s death. I got far too involved with the plot. Subsequently, I have bought the movie and with a 97% rating on Rotten Tomatoes I’m pretty sure I will love that too.

Give The Princess Bride a read. It is a hearty swashbuckling adventure that you are sure to enjoy.

Mr. C. L. Bradley
1.0 out of 5 stars Loved the film - despised the book
Reviewed in the United Kingdom on 2 January 2019
Verified Purchase
A tedious work of self congratulation. Thinks it's too clever by far. The torturous, convoluted, self-reflective style gets entirely in the way of the narrative.
I did finish it - but only out of bloody-minded morbid curiosity. Dreadful.
Read more
8 people found this helpful
Report abuse

shepline
5.0 out of 5 stars A brilliant satire of both fairytales and Hollywood
Reviewed in the United Kingdom on 17 November 2014
Verified Purchase
Ever since I first saw The Princess Bride film I have loved it – loved it as much as a dear old friend. How come then that I have only just discovered that there is a book of the film (or should that be a film of the book?) to read. The is a modern fairytale. More than a fairytale, it is a pastiche of what fairytales are. The book goes beyond that for it is a satire not just of fairytales, but of how old stories are, are written, and of Hollywood that mines them for its films.

In the film, a grandfather reads the book to his grandson, skipping out the boring bits to the tale of high adventure that he thinks the boy will enjoy. In the book, we see this as an autobiography of either (and both) Goldman being read the book by his father and he reading the book to is son.

For a while you do actually believe that Morgenstern’s Princess Bride is a real book, and you think about trying to track it down in some secondhand bookshop somewhere. It’s a clever idea that makes you believe its an actual abridgement in which Goldman presents the ‘good parts’ version of an older story through tales of how he adapted it.

Where the book follows either the fairytale or the grandfather/grandson scenes of the film the book every bit as good, and the introduction is very entertaining. As the book progresses, I do feel that Golding gets a bit carried away with his notes on the text, none more obviously than in the concluding section that follows the main story where he satarises the Hollywood obsession with sequels. The ‘Buttercup’s Baby section doesn’t really seem to add anything much to an otherwise brilliant book.
Read more
5 people found this helpful
Report abuse
See all reviews
Back to top
Get to Know Us
Make Money with Us
Let Us Help You
And don't forget:
© 1996-2021, Amazon.com, Inc. or its affiliates