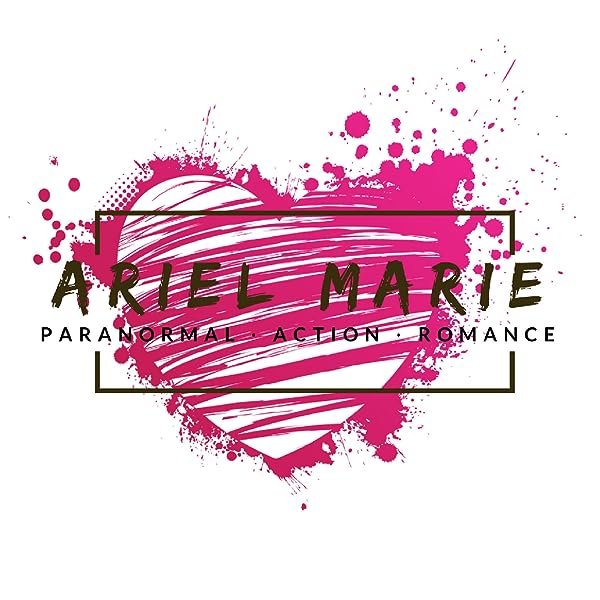 Nicole
4.0 out of 5 stars I like where this series is heading
Reviewed in Australia on 1 May 2017
Princess by Ariel Marie is a paranormal romance/suspense and forms book 1 in The Dark Shadows series.
Each book in the series focuses on a member of the Royal Vampiric Olaru Family. Princess centres around the youngest and only daughter of the 5 royal children, Nadira, who is also blessed with healing abilities.
I enjoyed this book about Vampires and Necromancers. I liked the Olaru family and the way we were introduced to Nadira and Cooper. They formed a great bond and their journey was easy to enjoy. Highs and lows, funny and romantic, suspenseful and chaotic. It was a great well rounded story and I can't wait to read more in this series and get to know all Nadiras brothers in future books.
Read more
Helpful
Report abuse
See all reviews

Deborah
4.0 out of 5 stars Surprisingly good entertaining read
Reviewed in the United Kingdom on 18 January 2016
Verified Purchase
I've been getting restless and looking around for something different to read for days now, mostly they've been DNF's but this one was a surprise and I enjoyed it way more than I expected.
Ok I'll admit my expectations weren't high, a result of far too many bad books in such a short period of time but still this is a good find.
Nadira Olaru is a vampire princess, she's the youngest sibling with four very protective older brothers and while she may be a princess she still works as a nurse.
Zac Cooper is a police detective and he's human and instantly attracted to Nadira, Nadira knows as soon as she sees Zac that he's her Fated Mate but knows her brothers won't be happy, at all.
Running along side the romance with Nadira and Zac we have the Necromancers, after disappearing half a century ago they're back and demanding Nadira mate with their prince.
We also have her four brothers Nicu, Adrian, Toma and Teague who are members of the Dark Shadows, which is led by her oldest brother Nicu. The Dark Shadows are an elite group of vampires that hunt down and destroy rogue vampires. They police the streets to keeping humans and vampires safe.
I loved this book, I loved the characters and I can't wait for the next book 'Toma' although it looks like I'll have to because it's not due out until 20th February.
Read more
One person found this helpful
Report abuse

LeMiliere
4.0 out of 5 stars Great Start
Reviewed in the United Kingdom on 4 March 2017
Verified Purchase
I Really Enjoyed this book, Nadria was such a good character and her lovely over protective brothers were very easy to like too. I thought the interactions between Nadria and Zac, her human life mate, were really well done. I can't wait to read more of this series.
Read more
One person found this helpful
Report abuse

Ani Conda
5.0 out of 5 stars Hooked
Reviewed in the United Kingdom on 5 September 2016
Verified Purchase
I loved Nadira and the absolutely loving but annoying brothers. A great start to a series I know I am going to love.

If you like a good twist on the supernatural, a bad guy you love to hate and a family you can't help but love. Definitely try these books.
Read more
Report abuse

Pat W
5.0 out of 5 stars Great read
Reviewed in the United Kingdom on 12 May 2017
Verified Purchase
Gripping from the start. Story is great about love at first sight and how they hope to make it happen. A war is coming with the vampires and necromancers and will be epic. Great read
Read more
Report abuse

Sophie Koufes
5.0 out of 5 stars I love this modern day vampire tale
Reviewed in Canada on 2 May 2017
Verified Purchase
Princess is Book One in The Dark Shadow Series. A vicous war has raged between the Neocramancers and Vampires. Nadira Olaru, youngest offspring of the Vampire King has become the target of the re-emerging Neocramancers. I love this modern day vampire tale. The author has created a fantastic world built around compelling characters, vivid world building, & a spellbinding plot. A wickedly good paranormal romance novel with twists to keep you on your toes. Looking forward to reading the next novel in this series. I volunteerly reviewed an advanced reading copy of this book.
Read more
Report abuse
See all reviews
Back to top
Get to Know Us
Make Money with Us
Let Us Help You
And don't forget:
© 1996-2021, Amazon.com, Inc. or its affiliates