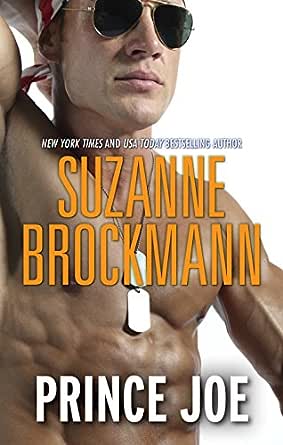 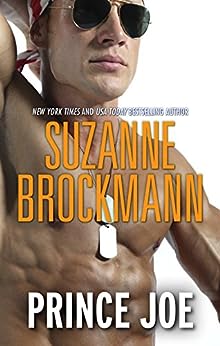 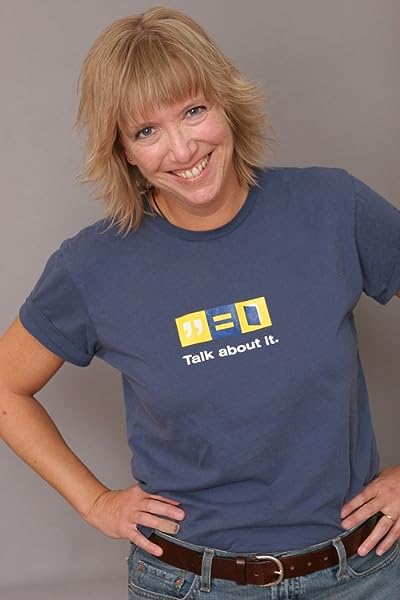 Suzanne Brockmann is the award-winning, bestselling author of more than 20 category romances. Her first book was released in 1993, and since then, she's received 17 different awards, including Best Series Romance of 1996, a 1997 Career Achievement Award and 11 different W.I.S.H. Awards for creating completely irresistible romantic heroes, all from Romantic Times Magazine. Her books have appeared on the USA Today Bestseller List, the Waldenbooks Romance List and on the keeper shelves of romance readers everywhere.

Suzanne lives near Boston with her husband, an author as well, and two children, both professional actors. When Suzanne isn't writing, she's busy making music. Formerly the lead singer and songwriter for an original Boston rock band, she is now vocal arranger, director, and lead alto of the eight-voice a cappella group Serious Fun.

Suzanne is also one of the founders and volunteer organisers of Natick's Appalachian Benefit Coffeehouse, raising money for the Cabell/Lincoln Country Workcamp, which rebuilds housing for the poor, elderly and disabled in West Virginia.

4.4 out of 5 stars
4.4 out of 5
51 global ratings
How are ratings calculated?
To calculate the overall star rating and percentage breakdown by star, we don’t use a simple average. Instead, our system considers things like how recent a review is and if the reviewer bought the item on Amazon. It also analyses reviews to verify trustworthiness.

Buggy
5.0 out of 5 stars FANTASTIC, TROUBLESHOOTERS LIGHT
Reviewed in Canada on 1 November 2010
Verified Purchase
Prince Joe is the 1st from Brockmann's 11 book Tall Dark and Dangerous series, its Troubleshooters `light' and except for a couple of issues its very, very good. And damn but that Brockman can write a delicious hero because Prince Joe, well I fell a little (lot) in love with him. This SEAL was just arrogant, combat hardened and rough enough around the edges to catch my interest and then wrecked me when I realized he was a nice guy too (some might say even a prince) He's sensitive, has insecurities and is even able to shed a tear. Of course he`s also a pilot, diver, munitions expert, explosives guru, sharpshooter, mechanic, team leader, able to speak 8 languages and looks damn fine in (and out) of his dress whites *sigh* Now just where can I find a guy like that?

I didn't really know what to expect going into this series, I'd heard good things but because it was written in 96 I thought it might be kind of dated (it isn't) I'm also not one for the category romances but I found myself swept away here by the touching, suspenseful and often humorous story. I also appreciated Brockmann using proper military lingo, explaining it as we went along so that I felt a real connection to the characters.

of course our couple fall in love within days of meeting and through some great dialogue Brockman somehow had me believing it too. The love scenes are `soft' yet also very satisfying and accept for the standard miscommunication/break-up towards the end I almost forgot I was reading category romance. There's also a ton of exciting action and suspense with an ending that is just brilliant. Leaving me excited to continue on with the rest of these tall, dark and dangerous boys from SEAL team ten's alpha squad.

As much as I enjoyed this I should also mention that I had a couple of issues. For some weird reason Brockman likes to invent countries (Why does she do this?) here I had to train myself so that every time I read her fake country of Ustanzia it became Estonia in my mind just so that I didn't go nuts trying to imagine a country and people that don't exist. Her characters also don't swear, which is fine except that Joe substitutes "Jesus, Mary and Joseph" and always says it twice within the same page or paragraph.

We meet Joe Catalanotto on leave, he's relaxed, miles from anywhere and enjoying a days fishing with members of his team. All that changes in an instant as a chopper approaches their boat, drops a ladder and a voice announces to the Lieutenant "that his shore leave is over" Within 24hours Joe finds himself in Washington DC surrounded by dignitaries, military brass and one beautiful red headed media consultant.

Following an assassination attempt on the crown Prince of Ustanzia (Estonia) Veronica St John has just been given the seemingly impossible task of turning this rugged and stubborn New Jersey accented sailor into a Prince for the remainder of his US tour. Now while Joe may be the prince's doppelganger it's still going to be up to `Ronnie' to teach him royal protocol, correct accent, background and the unique mannerisms needed to pull this off. (Think Miss Congeniality)

The attraction between our couple is immediate however Joe frustrates Veronica because he doesn't seem to be taking the `job' seriously. As the two grow closer Veronica begins to see that Joe is much more than he appears, willing to take a bullet for a man he not only doesn't know but doesn't like. Before long the "L" word is floating around with Joe feeling that he wouldn't be good enough for her because of his blue collar background while Veronica tries not to fall in love with a man who will be away from home risking his life on a daily basis and enjoying it. Of course then theres also the small issue of the terrorists and the bulls eye on Joes chest.

Sia McKye Over Coffee
5.0 out of 5 stars Very well done
Reviewed in the United States on 18 March 2017
Verified Purchase
I forgot how much I loved Suzanne Brockmann's storytelling! I haven't read this series, although I've read other stories she's written.
As usual Suzanne puts together a great cast of characters. The two main characters are multi dimensional no shortcuts to the happy ever after. Great tension believable conflict and a fun story.
I had to giggle a bit because this was written when tape decks and pay phones were common and now it's cell phones and CDs 😊
Read more
4 people found this helpful
Report abuse

freddie martin
5.0 out of 5 stars Great romance novel!
Reviewed in the United States on 20 February 2020
Verified Purchase
My favorite book by this author and I've read MANY of her Navy Seals stories.Joe, the main character, is wonderful. Perfect. What chemistry between him and the heroine!! That's what I enjoy in my romance novels!! This one can't be beaten!
Read more
One person found this helpful
Report abuse
See all reviews
Get FREE delivery with Amazon Prime
Prime members enjoy FREE Delivery and exclusive access to movies, TV shows, music, Kindle e-books, Twitch Prime, and more.
> Get Started
Back to top
Get to Know Us
Make Money with Us
Let Us Help You
And don't forget:
© 1996-2020, Amazon.com, Inc. or its affiliates