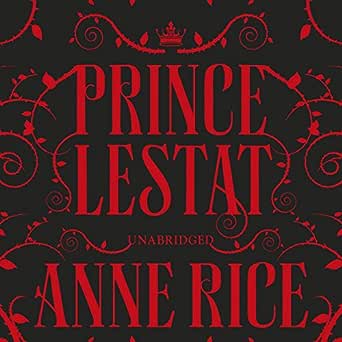 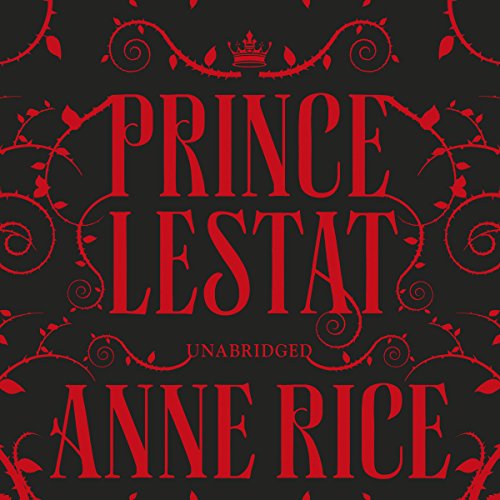 4.3 out of 5 stars
4.3 out of 5
2,657 global ratings
How are ratings calculated?
To calculate the overall star rating and percentage breakdown by star, we don’t use a simple average. Instead, our system considers things like how recent a review is and if the reviewer bought the item on Amazon. It also analyses reviews to verify trustworthiness.

Jabs
4.0 out of 5 stars A good story
Reviewed in Australia on 11 June 2015
Verified Purchase
A good chronicle story with the ever entertaining brat prince Lester. One day they will actually turn some of these stories into movies ..... gain
Read more
Helpful
Comment Report abuse

joro
3.0 out of 5 stars gratutude
Reviewed in Australia on 16 February 2015
Verified Purchase
Glad to have the full story told. Thank you Anne Rice for your years of dedication to Lestat and his story
Read more
Helpful
Comment Report abuse

Andrew
5.0 out of 5 stars Five Stars
Reviewed in Australia on 24 August 2015
Verified Purchase
An excellent read.. So good to have them all back :)
Read more
Helpful
Comment Report abuse

Kevin Manns
5.0 out of 5 stars Five Stars
Reviewed in Australia on 21 November 2014
Verified Purchase
"Anne is one of the most fascinating writers of our time!"
Read more
Helpful
Comment Report abuse
See all reviews

PaulC
5.0 out of 5 stars Back to her very best
Reviewed in the United Kingdom on 30 April 2015
Verified Purchase
Oh my! What a sublime experience. After a hiatus of over 10 years during which her writing has varied between the awful and the excellent (the latter being the wolves duet) the queen of the damned is back on top form and bringing together the disparate strands of her vampire mythos. We see here many of the characters about whom she has written previously, including Pandora, Armand etc, but there are also new and exciting additions including Benji and Faheed. She has also used this volume to develop the history of the Talamasca in a way few could have determined.

This is not a book for the casual reader who is not steeped in the vampire mythos, Rice assumes a considerable fore-knowledge of the characters and their history, but for an afficianado of her vampire books this is simply a beautifully cut gem of a book. The structure of the book makes the denseness (a word?) of the text and complexity of the inter-relationships easy to manage and extremely rewarding.

This feels very much like her finale to the world of vampires, with the tribe being shaped and Lestat assuming a role at the head of it, but even if this is the case the book has drawn threads together from the last 12 books, with a nod to the witches trilogy, with great skill and apparent ease.

In closing- if you have read the majority of Anne Rice's vampire works you simply cannot miss this.

Irish_Mummy
2.0 out of 5 stars Disappointed
Reviewed in the United Kingdom on 6 July 2020
Verified Purchase
Where is the writing flare of Interview of the Vampire, Pandora, Blood and Gold and Armand ?

This is my first Vampire Chronicle read since 2010.

NB: Listening to the audiobook (must finish for a Book Challenge but thinking of bailing)
The narrator is excellent however the book needs more editting down to be a more coherent read. Too many minor characters

*Can't comment under the audiobook on the American site due to not purchasing enough there 🙄 yet have spent 100s €€s on the UK site (still Amazon) on phyical books and on audible purchases since the Lockdown.

Tillyann
1.0 out of 5 stars I don't believe this is Anne Rice
Reviewed in the United Kingdom on 5 February 2017
Verified Purchase
Oh dear, what a mess! Is this really Anne Rice's work? What has happened to all my favourite characters? I can only think that the author is bored and wrote this simply for the cash. This book cheats all he fans, new characters pop up with no warning, old characters are pale shadows of their former selves, No more please, I cannot afford to throw away any more cash.Oh, and before I finish The chronicles possessed something called a plot , sadly missing here. Do not buy this novel unless you simply make collections.
Read more
5 people found this helpful
Report abuse

Farrah
1.0 out of 5 stars I'm sorry I wasted my money.
Reviewed in the United Kingdom on 15 November 2015
Verified Purchase
Anne Rice has absolutely, and entirely, lost the charm of her earlier works. Where her writing used to be flamboyant and descriptive it has turned into something entirely foreign to that, droll and simplistic, and this book is just the most recent example. The plot was strained and seemed to be almost half-arsed, little of any real interest in it. I had high hopes for her return to her vampires but it was misplaced. I've read her older works multiple times over, revelling in the language and in the picture she used to paint, but this was a definite no-return. I won't be going back to it again, and I'm sorry I spent my money on it. I will read the next one, regardless, but I no longer have hope for Anne Rice, there will be no triumphant return to her former glory.
Read more
4 people found this helpful
Report abuse

Mutti
3.0 out of 5 stars A not so grand return
Reviewed in the United Kingdom on 2 June 2016
Verified Purchase
I was really looking forward to this book and just finished reading it. Unfortunately it did not impress me as many of the previous ones had. The thing I disliked the most was the multitude of new characters introduced which had nothing really to give in terms of well, "character". I did like some of them but they just didn't really add much to the plot which was already far too streached out, predictable and not moving enough. I actually found myself skiping lines because it felt so boring and tedious. However I realise AR has been gone a long time and in the previous VC's I felt like the writing evolved, improved with every book so I shall make some allowance for this not so grand return and wait and see if she may bloom again.
Read more
One person found this helpful
Report abuse
See all reviews
Get FREE delivery with Amazon Prime
Prime members enjoy FREE Delivery and exclusive access to movies, TV shows, music, Kindle e-books, Twitch Prime, and more.
> Get Started
Back to top
Get to Know Us
Make Money with Us
Let Us Help You
And don't forget:
© 1996-2020, Amazon.com, Inc. or its affiliates