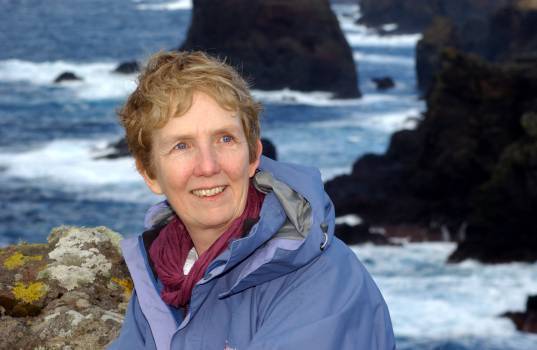 by Ann Cleeves (Author)
4.1 out of 5 stars 301 ratings
See all formats and editions
Sorry, there was a problem loading this page. Try again.

'The huge and powerful hawk dominated the scene. Its talons pierced the woman's flesh and the beak pointed towards her eyes . . .' The sight is a particularly horrible shock for George Palmer-Jones, ornithologist and amateur detective. An old friend of Eleanor Masefield, a beautiful and charming widow, he is staying with his wife, Molly, at Eleanor's family run hotel . . . On the other hand, Molly Palmer-Jones feels that Eleanor was more of a black than a merry widow - a ruthless manipulator of all those caught in her far-reaching web. Is Molly a little jealous, or is she right? And will she be in time to prevent another death?
Read more
Previous page
Next page

Ann Cleeves is a skilful technician, keeping our interest alive and building slowly up to the denouement. Her easy use of language and clever story construction make her one of the best natural writers of detective fiction ― Daily Express

Nobody does unsettling undercurrents better than Ann Cleeves -- Val McDermid

Ann Cleeves has an enviable talent . . . I love these books ― CrimeSquad
Start reading A Prey to Murder: A George and Molly Palmer-Jones Novel 4 on your Kindle in under a minute.

Ann is the author of the books behind ITV's VERA, now in it's third series, and the BBC's SHETLAND, which will be aired in December 2012. Ann's DI Vera Stanhope series of books is set in Northumberland and features the well loved detective along with her partner Joe Ashworth. Ann's Shetland series bring us DI Jimmy Perez, investigating in the mysterious, dark, and beautiful Shetland Islands...

Ann grew up in the country, first in Herefordshire, then in North Devon. Her father was a village school teacher. After dropping out of university she took a number of temporary jobs - child care officer, women's refuge leader, bird observatory cook, auxiliary coastguard - before going back to college and training to be a probation officer.

While she was cooking in the Bird Observatory on Fair Isle, she met her husband Tim, a visiting ornithologist. She was attracted less by the ornithology than the bottle of malt whisky she saw in his rucksack when she showed him his room. Soon after they married, Tim was appointed as warden of Hilbre, a tiny tidal island nature reserve in the Dee Estuary. They were the only residents, there was no mains electricity or water and access to the mainland was at low tide across the shore. If a person's not heavily into birds - and Ann isn't - there's not much to do on Hilbre and that was when she started writing. Her first series of crime novels features the elderly naturalist, George Palmer-Jones. A couple of these books are seriously dreadful.

In 1987 Tim, Ann and their two daughters moved to Northumberland and the north east provides the inspiration for many of her subsequent titles. The girls have both taken up with Geordie lads. In the autumn of 2006, Ann and Tim finally achieved their ambition of moving back to the North East.

For the National Year of Reading, Ann was made reader-in-residence for three library authorities. It came as a revelation that it was possible to get paid for talking to readers about books! She went on to set up reading groups in prisons as part of the Inside Books project, became Cheltenham Literature Festival's first reader-in-residence and still enjoys working with libraries.

Ann's short film for Border TV, Catching Birds, won a Royal Television Society Award. She has twice been short listed for a CWA Dagger Award - once for her short story The Plater, and the following year for the Dagger in the Library award.

In 2006 Ann Cleeves was the first winner of the prestigious Duncan Lawrie Dagger Award of the Crime Writers' Association for Raven Black, the first volume of her Shetland Quartet. The Duncan Lawrie Dagger replaces the CWA's Gold Dagger award, and the winner receives £20,000, making it the world's largest award for crime fiction.

Ann's success was announced at the 2006 Dagger Awards ceremony at the Waldorf Hilton, in London's Aldwych, on Thursday 29 June 2006. She said: "I have never won anything before in my life, so it was a complete shock - but lovely of course.. The evening was relatively relaxing because I'd lost my voice and knew that even if the unexpected happened there was physically no way I could utter a word. So I wouldn't have to give a speech. My editor was deputed to do it!"

Ann's books have been translated into sixteen languages. She's a bestseller in Scandinavia and Germany. Her novels sell widely and to critical acclaim in the United States. Raven Black was shortlisted for the Martin Beck award for best translated crime novel in Sweden in 200.

Bio and photo from Goodreads.

4.1 out of 5 stars
4.1 out of 5
301 global ratings
How are ratings calculated?
To calculate the overall star rating and percentage breakdown by star, we don’t use a simple average. Instead, our system considers things like how recent a review is and if the reviewer bought the item on Amazon. It also analyses reviews to verify trustworthiness.

There are 0 reviews and 31 ratings from Australia

Adrian G.
4.0 out of 5 stars Fascinating story with twists and turns
Reviewed in the United Kingdom on 12 August 2021
Verified Purchase
As the headlines says so many twists and turns to keep me and hopefully you guessing until the end or pretty close to it. Well done Ann yet again
Read more
Report abuse

Ninja
4.0 out of 5 stars Proofreader needed
Reviewed in the United Kingdom on 7 May 2016
Verified Purchase
Great books, I'm working my way through them. BUT the punctuation is awful in places; I often had to read a sentence twice because of the poor punctuation. Also spelling was strange in places. I don't think it is the author's fault, looks like it's been transcribed wrongly, for example "flufly slippers" or the best one "below the hill ran a bum". Most amusing but annoying as well.
Read more
One person found this helpful
Report abuse

Marion McKay
3.0 out of 5 stars Birds,murder and the Welsh marches.
Reviewed in the United Kingdom on 6 March 2014
Verified Purchase
The action is well set in a country hotel run by a matriarch and her family. I found the masses of characters ,though well presented, difficult to follow. The end,as usual was a cliff hanger. I could not help feeling as I read it that Ann Cleeves has progressed brilliantly as a writer since she wrote the Palmer Jones series, I can not put her later ones down until I have finished them so I would rate this book promising, a promise that is later fulfilled.
Read more
2 people found this helpful
Report abuse

lizell
4.0 out of 5 stars Keeps you guessing
Reviewed in the United Kingdom on 14 April 2015
Verified Purchase
I quite like the Palmer Brown books but they're not Cleeves's best. Still, like all her books compelling with a good ending and in this case apparent in the middle then gone by the end so it came as a surprise !
Read more
Report abuse
See all reviews
Back to top
Get to Know Us
Make Money with Us
Let Us Help You
And don't forget:
© 1996-2022, Amazon.com, Inc. or its affiliates