Just launched
Temporarily out of stock.
Order now and we'll deliver when available. We'll e-mail you with an estimated delivery date as soon as we have more information. Your account will only be charged when we ship the item.
International Product from outside Australia
Delivery rates Return policy 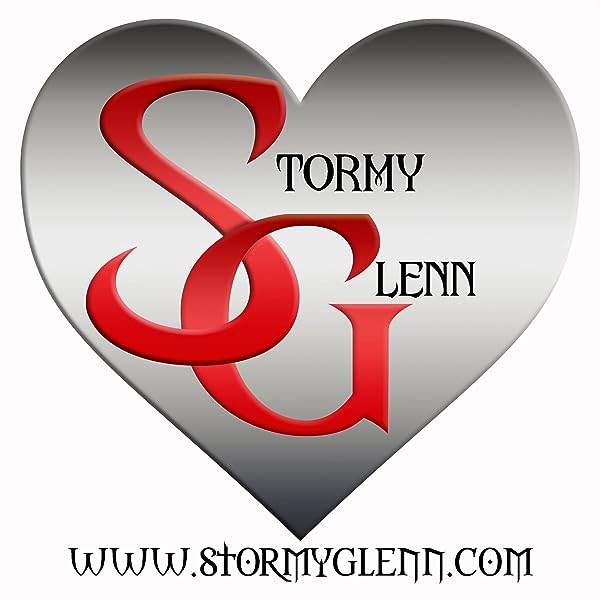 by Stormy Glenn (Author)
4.4 out of 5 stars 22 ratings
See all formats and editions
Sorry, there was a problem loading this page. Try again.

Get 90 days FREE of Amazon Music Unlimited
with the purchase of any eligible product. Shop now
Start reading Pretty Baby [Wolf Creek Pack 7] on your Kindle in under a minute.

llv
3.0 out of 5 stars Pretty Baby by Stormy Glenn
Reviewed in the United States on 17 August 2019
Verified Purchase
Re-read: August 2019
Rating: 3 stars
While I liked this book just as much on this second reading as I did the first, it had a major problem that bothered me a lot. I think what ultimately brought this book down was the un-characteristic behavior of Tommy’s brother and father. I just couldn’t understand their behavior toward Elliot. Joe’s behavior especially bothered me. He should have been more understanding with Tommy and Elliot after what happened with the Teacher in the first book. Tommy’s father also. Didn’t make sense that he was so welcoming to Nate despite the threat he brought to the pack, but harassed and threatened Elliot because of the potential threat of Elliot’s father. It just felt like Ms. Glenn ret-conned their behavior to accommodate this book. So, I’m lowering my rating by a point because of this. Other than that, I did enjoy the story and loved both Tommy and Elliot.
Read more
One person found this helpful
Report abuse

A.B.
4.0 out of 5 stars I have to tell you this...
Reviewed in the United States on 2 November 2015
Verified Purchase
To me, this book is a bit difficult to rate. I thought that in typical Stormy Glenn fashion, we get a thick story, with juicy details, great chemistry, and some humor and heartbreak on the side. However, I have to tell you that to me, there was a bit of disconnect in the overall storyline. I agree with some that have reviewed this as full of twists and turns and great detail that surprises you and is intriguing. But, the way that Tommy's family reacts is so far out in left field that it seems like Ms. Glenn forgot the back stories, and personalities of her former books. There was a significant disjoint between the way her characters have been in books 1-6, and you read this one and its like a completely different family! I had trouble with the angst that Elliot endured, because of his father. I thought the only characters that stayed true to previous form, were Tommy's mother and Nate. It was surprising to say the least, that this is the route that Ms. Glenn took to have conflict in this book. It wasn't needed. The problems that they faced with the Spencer's was enough to make this an outstanding read. The twists and turns were so great! That whole storyline was all that was necessary to give the readers the conflict and drama required to be a phenomenal Stormy book.
Having said that, I will say, I did give the book 4 stars. I felt that the chemistry between Tommy and Elliot, the plot surprises, the sniffing, (oh my, the sniffing!) and just the overall idea of the book was really entertaining. Elliot's personality is so different than what we usually see in a mate. He was charming and funny. Tommy is a perfect counterpart for him. The excitement factor was really high, you can't wait to turn the pages, and that makes it worth the 4 stars. I would definitely recommend this book, I think that ultimately it is a great addition to the series. I wish the conflict flow was as smooth as the surprises, but alas, you can't have it all..

Robert Carnevali
4.0 out of 5 stars Another exciting sexy tale in the Wolf Creek Pack
Reviewed in the United States on 9 March 2011
Verified Purchase
Recently, Stormy Glenn started writing a new series where the werewolf genre was slightly reinvented by her. This book is a return to an established series, The Wolf Creek Pack, and the romance between the youngest of the Nash brothers and his newly-found mate. Like all Wolf Creek Pack romances though, this one has forces working against the two lovebirds, and these forces come from all sides.

Tommy Nash is the younger brother of Joe and Jim Nash. Joe is the town sheriff, and his father Daniel is the alpha leader of the local werewolf pack (yes, they're all werewolves). Tommy's considered the black sheep of the family because he simply doesn't want to get a job in law enforcement or deal with pack politics like his family wants. The story opens with Tommy meeting Elliot Spencer in a bar and instantly being attracted to the small man who has diarrhea of the mouth. When one of Elliot's acquaintances with him at the bar says a few disparaging things about him, Tommy totally loses his temper and punches the man, quickly realizing that this urge to protect Elliot, and Tommy's strong feelings towards him, are a result of them being mates. In his eyes, his new mate is a perfect little human and he wants to spend the rest of his life with him protecting him.

There's a few problems though. Elliot's dad Phillip is the CEO of an investment firm and is a cold brutal man yielding a lot of power. He ultimately poses a great danger to the pack. This causes Daniel and Joe to have great reservations about the relationship. When Tommy goes to claim Elliot, Joe shows up to arrest Tommy for punching out Elliot's acquaintance. Understanding the situation better, Joe leaves. But almost immediately Daniel appears displaying the same reservations.

What follows is a pretty complex tale where the entire Wolf Creek Pack gets involved trying to protect themselves. This infuriates Tommy because they should be protecting him and his mate, and soon rifts develop in the family.

If there's one complaint I have, it's that serious issues and emotions dissipate too quickly. One moment, Tommy is tossing Joe across the room for belittling his mate, and the next, it's all smoothed over and they're laughing together. Daniel also came perilously close to threatening Elliot with violence, going against werewolf law by ignoring the mating bond. I felt it would have been a stronger story if the pack were held more accountable for their actions. Finding your mate is supposed to be a sacred and joyous occasion, and this pack fought against it tooth and nail.

To compensate for this, the story is filled with intrigue and some unique plotlines. The tale is more complex than you expect, and it eventually becomes apparent that there's more at stake here than just Tommy and Elliot's relationship; other long-lost werewolves' lives are at stake too.

If you enjoyed the other books in the series, then there's no doubt you'll enjoy this one too, and maybe even more so. It's a sexy, fun, witty, intriguing, and compelling story.
Read more
5 people found this helpful
Report abuse

The book lady
3.0 out of 5 stars The core issue makes no sense.
Reviewed in the United States on 23 September 2012
Verified Purchase
I'm a fan of Stormy Glenn, and in particular, I'm a fan of the Wolfcreek books. I love the tiny little twink and the really big protective hunky guy that are usually stock characters in this series. This story was interesting, but the core issue in this book is in direct contradiction to the world building consistent in all other Wolf Creek books. The bond of the mates is sacred, yet in this book, we have Tom's relatives (who absolutely should know better) trying to break up his relationship with Elliott. Especially surprising was Joe's negative response, despite the problems that Joe's mate initially brought with him to the pack. I understand that writers often need to introduce some sort of conflict to make a story better, but this conflict destroys the consistency, in world building, of the prior books. I gave this three stars because it's a good story, but the new element of pulling apart mates also lessened my review to three stars, in a book I would otherwise have given five stars.
Read more
3 people found this helpful
Report abuse
See all reviews
Back to top
Get to Know Us
Make Money with Us
Let Us Help You
And don't forget:
© 1996-2021, Amazon.com, Inc. or its affiliates