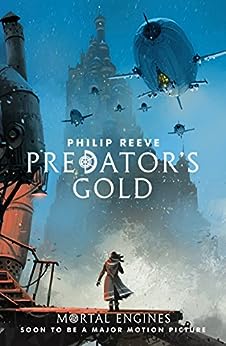 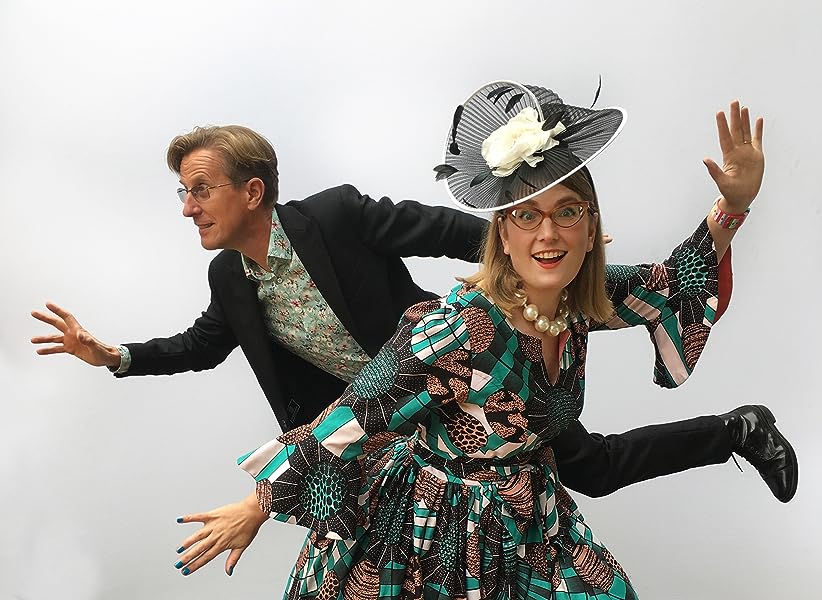 Philip Reeve is the bestselling author of the Predator Cities quartet and the award-winning Fever Crumb series. His other books include the highly acclaimed HERE LIES ARTHUR and NO SUCH THING AS DRAGONS. He lives in Dartmoor, England with his wife and son. Visit him online at philip-reeve.com.
--This text refers to an out of print or unavailable edition of this title.

4.5 out of 5 stars
4.5 out of 5
835 global ratings
How are ratings calculated?
To calculate the overall star rating and percentage breakdown by star, we don’t use a simple average. Instead, our system considers things like how recent a review is and if the reviewer bought the item on Amazon. It also analyses reviews to verify trustworthiness.

Jacob Mitchell
5.0 out of 5 stars Good book
Reviewed in Australia on 22 July 2019
Verified Purchase
It was a very good book I really enjoyed it and it was very intersting I I I I I I
Read more
Helpful
Report abuse

Overall, i'd say that this was a solid book, no flaws except for when caul just shows up and was like "hey! There is still green land in America!" Everyone proceeds to believe him (despite just being betrayed by Pennyroyal) within a span of 2 pages. This book was packed with some great action- Hester stabs Mazda- I mean Masgard mercilessley (is that action?). Dynamics (mediocre, but fails to exist in most books today) between Hester, Tom and Freya.

Dances
5.0 out of 5 stars I enjoy this story even better than the first one
Reviewed in Australia on 27 October 2020
Verified Purchase
I found there was more action it even sort of keep me guessing if they were gonna make it to where they were going and I would reckon To other people as well it was certainly a very good story
Read more
Helpful
Report abuse
See all reviews

Mark Brown
4.0 out of 5 stars Another Ripping Yarn
Reviewed in the United Kingdom on 4 January 2019
Verified Purchase
Philip Reeve’s sequel to Mortal Engines see our heroes – Tom and Hester – returning for a new adventure a couple of years after events closed in the first book. An unfortunate brush with the airships of a shadowy anti-Traction terrorist group see the Jenny Haniver damaged and holed up on the mysterious traction city of Anchorage. Hot on their trail are not only the anti-tractionists but also the killer city of Arkangel plus a band of renegade thieves. The plot is full of twists and turns and terrible surprises that will keep you gripped from cover to cover.

When Peter Jackson’s 2018 Mortal Engines movie was released it was panned by the critics for being a “Steampunk Star Wars”. This lead many of us Steam Punk AND Star Wars fans to ask – “what is wrong with that!?”. (I cannot comment on which aspects of the film drew this comparison having missed the cinematic release of Mortal Engines.) It is interesting reading “Predator’s Gold” with the Star Wars reference in mind. Once you notice it the comparison is fair. The two universes are completely different with different stories and characters – the similarity is not there. This is no a copy-cat. The similarities are more in the spirit of the two adventures – the way the story is told. Both adopt the same frenetic narrative pace, each has a small set of heroes who overcome implausible odds, both rely upon swash-bucking pirate-types, both make a beat-up-old-pile-of-junk-ship part of the team, each chooses to lavishly detail an unfamiliar alien world[s] (even if that world is Earth of the far future), each has a hook about a mystery father relationship and yes, each has a smattering of (ahem) killer robots.. Thankfully Reeve’s books still invoke the passion of “A New Hope” and not the let-down of the later movies. If you wish to relive the thrill of that classic original 1976 thriller then you will probably enjoy the Predator Cities collection.

As you would expect the book is aimed at young adults….However the relentless pace of the narrative seldom leaves time for the more mature reader to dwell upon the obvious plot flaws, the implausible laws of physics and the dangerously under-developed characters. Yup, it is completely nuts. But so was Star Wars. Harrison Ford famously thought the George Lucas was churning out a silly sci fi story for kids during filming. Yet it became a phenomenon. It is of no surprise that Predator Cities and its prequels have drawn such a loyal fan base. No doubt many of them flocked to the cinema in 2018 for the movie was more popular with audiences than critics. And that matters. This is pure entertainment.
Read more
5 people found this helpful
Report abuse

Laurie
4.0 out of 5 stars An excellent sequel
Reviewed in the United Kingdom on 8 August 2018
Verified Purchase
Continuing the tale of Hester and Tom, this novel explores the harsh and cold North of Philip's imagined dystopia. A cunning tale with some excellent entwined characters that discovers and tests the duo to breaking point. Would raise my recommended age to 12/13 for this story as the second half takes a dark turn for those with a vivid imagination.
Read more
3 people found this helpful
Report abuse

Reviewer19
3.0 out of 5 stars A Good Sequel
Reviewed in the United Kingdom on 24 December 2020
Verified Purchase
This is a good sequel to the first book and picks off where the first story ended. It explores further the world and the characters, introducing a new city made of ice. Another unique take on the steampunk world, it is good but unfortunately slow in paces. Worth reading to get the third book! I would recommend it for 14+ years old.
Read more

3.0 out of 5 stars A Good Sequel
Reviewed in the United Kingdom on 24 December 2020
This is a good sequel to the first book and picks off where the first story ended. It explores further the world and the characters, introducing a new city made of ice. Another unique take on the steampunk world, it is good but unfortunately slow in paces. Worth reading to get the third book! I would recommend it for 14+ years old.
Images in this review

Chebley
4.0 out of 5 stars Not as good as the first book
Reviewed in the United Kingdom on 12 December 2018
Verified Purchase
As enjoyable as the second book was, it still didn’t live up to the excitement and originality of the first book in the series. I felt that what made Mortal Engines so unique was the concept of cities devouring other cities and the sheer urgency of doing so to survive. In this book however, it felt less focused on that and more on the relationship between Tom and Hester.
As much as I enjoyed this as it added to their character development, at times, it did feel like I was reading a romance novel rather than a fantasy/sci-fi novel. Despite this, I enjoyed the overall story and it ended well leading onto the next book in the series which I will no doubt be picking up next!

I Read, Therefore I Blog
5.0 out of 5 stars Stunning sequel
Reviewed in the United Kingdom on 24 March 2009
Verified Purchase
Set 6 months after MORTAL ENGINES, Tom and Hester have set up an air trading business on the Jenny Hanniver. On a visit to the Traction City of Arkangel, they pick up the historian Professor Pennyroyal and agree to take him to Brighton but are attacked en route by the Green Storm, a group of ultra-extremist Anti-Tractionists dedicated to the total destruction of the Traction Cities. With their airship severely damaged, they land in Anchorage, a once-great city that's been wracked by plague and is ruled by the spoilt but beautiful teenage Margravine Freya Rasmussen.

The residents of Anchorage tell stories of ghosts in the underbelly of the city and things are going missing from the houses and the palace and Freya takes the decision to move the city to the lost continent of America, where Pennyroyal has written of green areas surviving the Sixty Minute War. As an increasingly insecure Hester watches Tom and Freya draw closer together, Anchorage is sought by both the Green Storm and the city of Arkangel and Hester is driven to a desperate act that threatens everyone.

Reeves goes deeper into the emotional complexity of Hester in this book and in particular, her love for Tom, which is all consuming, not least because she believes it offers her a chance of redemption and her reaction to the threat posed by the selfish and naive Freya is a human one. Tom, by contrast, retains his naivety and if his attraction to Freya is dealt with a little too cursorily and his sudden irritation with Hester heart breaking, the desperation that drives his actions through the second half of the novel is all too believable.

The bitter Saytha returns, having resurrected Anna Fang into the Stalker Fang who she believes can lead all the Anti-Tractionists to victory against the cities. New characters are also introduced, notably the Lost Boys, burglars from the watery city of Grimsby who attach themselves to cities and use their spider cams to find things to steal. However Reeves loses none of his ruthlessness and his death count remains high, particularly towards the end when Hester's desperation brings bloody consequences.

The pace remains incredibly fast and the action unrelenting. It's a thoroughly enjoyable read from start to finish and I can't wait to read the next in this series.
Read more
6 people found this helpful
Report abuse
See all reviews
Back to top
Get to Know Us
Make Money with Us
Let Us Help You
And don't forget:
© 1996-2021, Amazon.com, Inc. or its affiliates