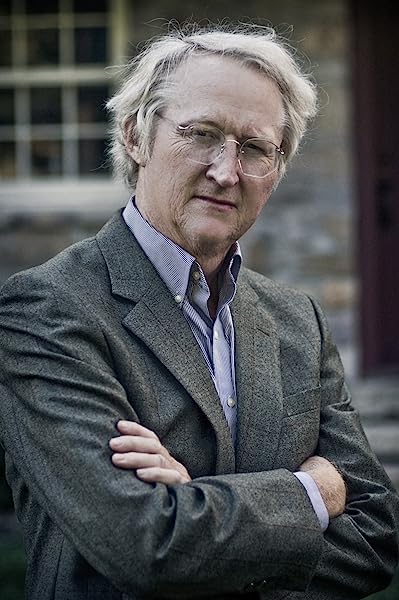 by Eliot Pattison (Author)
4.5 out of 5 stars 68 ratings
See all formats and editions
Sorry, there was a problem loading this page. Try again.

Praise for the Shan series:

“Nothing I’ve read or seen about how China has systematically crushed the soul of Tibet has been as effective. . . . A thriller of laudable aspirations and achievements.”âChicago Tribune

“Shan becomes our Don Quixote. . . . Set against a background that is alternately bleak and blazingly beautiful, this is at once a top-notch thriller and a substantive look at Tibet under siege.”âPublishers Weekly (starred review)

“A rich and multilayered story that mirrors the complexity of the surrounding land.”âSan Francisco Chronicle

“Pattison thrills both mystery enthusiasts and reader fascinated by, and concerned about, Tibet.”âBooklist

“Pattison has taken an unknown world and made it come alive.”âLibrary Journal

Summoned to a remote village from the hidden lamasery where he lives, Shan, formerly an investigator in Beijing, must save a comatose man from execution for two murders in which the victims’ arms have been removed. Upon arrival, he discovers that the suspect is not Tibetan but Navajo. The man has come with his niece to seek ancestral ties between their people and the ancient Bon. The recent murders are only part of a chain of deaths. Together with his friends, the monks Gendun and Lokesh, Shan solves the riddle of Dragon Mountain, the place “where world begins.”

Page 1 of 1 Start overPage 1 of 1
Previous page
Next page
Start reading Prayer of the Dragon on your Kindle in under a minute.

Described as “a writer of faraway mysteries,” Eliot Pattison’s travel and interests span a million miles of global trekking. After visiting every continent but Antarctica, Pattinson stopped logging his miles and set his compass for the unknown. Today he avoids well-trodden paths whenever possible, in favor of wilderness, lesser known historical venues, and encounters with indigenous peoples.

An international lawyer by training, early in his career Pattison began writing on legal and business topics, producing several books and dozens of articles published on three continents. In the late 1990’s he decided to combine his deep concerns for the people of Tibet with his interest in venturing into fiction by writing The Skull Mantra. Winning the Edgar Award for Best First Mystery–and listed as a finalist for best novel for the year in Dublin’s prestigious IMPAC awards–The Skull Mantra launched the Inspector Shan series, which now includes eight novels – both The Skull Mantra and Water Touching Stone were selected by Amazon.com for its annual list of ten best new mysteries. Water Touching Stone was also selected by Booksense as the number one mystery of all time for readers’ groups.

The Inspector Shan series has been translated into over twenty languages around the world. The books have been characterized as creating a new “campaign thriller” genre for the way they weave significant social and political themes into their plots. Indeed, as soon as the novels were released they became popular black market items in China for the way they highlight issues long hidden by Beijing.

In 2015, Eliot Pattison received the prestigious “Art of Freedom” award from the Tibet House along with the likes of radio personality Ira Glass, singer Patti Smith and actor Richard Gere for his human rights advocacy in Tibet.

Pattison’s longtime interest in another “faraway” place, the 18th century American wilderness and its woodland Indians–led to the launch of his Bone Rattler series, which quickly won critical acclaim for its poignant presentation of Scottish outcasts and Indians during the upheaval of the French and Indian War. In Pattison’s words, “this was an extraordinary time that bred the extraordinary people who gave birth to America,” and the lessons offered by the human drama in that long-ago wilderness remain fresh and compelling today.

Eliot Pattison has presented his work at many conferences and high profile venues, such as the Smithsonian, the Tibet House, the International Campaign for Tibet, Gettysburg’s “History Meets the Arts” Festival, and the World Affairs Council.

A former resident of Boston and Washington, he resides on an 18th century farm in Pennsylvania with his wife, three children, and an ever-expanding menagerie of animals. Visit eliotpattison.com and connect @eliotpattison.

4.5 out of 5 stars
4.5 out of 5
68 global ratings
How are ratings calculated?
To calculate the overall star rating and percentage breakdown by star, we don’t use a simple average. Instead, our system considers things like how recent a review is and if the reviewer bought the item on Amazon. It also analyses reviews to verify trustworthiness.

Kerry
5.0 out of 5 stars Interesting
Reviewed in Australia on 21 February 2018
Verified Purchase
As usual ,an imaginative story in an unusual setting. I always find it hard to put down Mr Pattison's books. The setting , the high Tibetan ranges captures me intensely.
Read more
Helpful
Report abuse
See all reviews

Noel
3.0 out of 5 stars Demonic horrors in Tibet
Reviewed in the United Kingdom on 12 June 2017
Verified Purchase
I love this series and have read 6 other books in the series. I had difficulty sourcing a copy of this book and last year found this ex-library copy from the US. I found this much more difficult to read than any of the others in the series.

This is a tale about the demons of the mountain. Shan and his Tibetan friends Lokesh and Gandun the old lama, become involved in very strange goings on in a remote mountain village. This Tibetan village has had all signs of its Buddhist past erased and its headman celebrates Chinese commemorations not Tibetan ones. Shan is summoned by concerned villagers because of some sensational murders in the area and the presence of a mysterious man in an unconscious state who has been brought into the village and is believed to be the murderer.

In the valleys above there are some illegal, entrepreneurial, Chinese gold miners working secretively for themselves below the radar of the military state. They are illicitly mining gold.

As the story evolves there are more ritualistic murders, an America Navajo academic goes missing, and Shan seeks to reveal the hidden route of the Kora on Lightning Mountain the mountain of the demons which dominates the landscape and the lives of the villagers. There is a bloody climax to the story.

My problem? I found it hard to keep all the threads of the story in my head and found it a bit disjointed and difficult to read. Perhaps this is a book to read in a couple of sittings when you can keep the required level of concentration to avoid losing the plot.

barbara precious
5.0 out of 5 stars A thought provoking and inspiring read.
Reviewed in the United Kingdom on 28 August 2016
Verified Purchase
A friend gave me the first Eliot Pattison book featuring Shan set in Tibet. I have read all his novels including this one. They are all thought provoking and inspiring. I await future novels with aniticipation.
Read more
Report abuse

john smith
4.0 out of 5 stars Four Stars
Reviewed in the United Kingdom on 24 November 2016
Verified Purchase
the missing one to my collection.
Read more
Report abuse

camac
5.0 out of 5 stars Pattison comes through again
Reviewed in Spain on 25 April 2014
Verified Purchase
I do enjoy Pattison's books and his insights into Tibet, its culture and religion.
This one goes into the strange consonances between Tibetan belief systems and those of the Navajo
people of the SW of the US.
I'm not always clear on the why's and wherefores of the plots of his books, but
it hardly seems to matter.
Highly recommended.