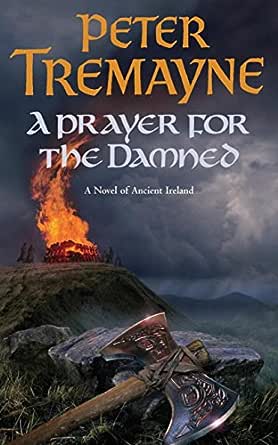 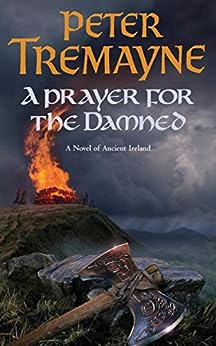 A Prayer for the Damned (Sister Fidelma Mysteries Book 17): A twisty Celtic mystery filled with treachery and bloodshed Kindle Edition

A brilliant and beguiling heroine. Immensely appealing * Publishers Weekly * Tremayne's super-sleuth is a vibrant creation * Morgan Llywelyn * A compulsive readable whodunit fronted by one of the most reliably intriguing characters to grace the pages of the genre * Booklist * This is masterly storytelling from an author who breathes fascinating life into the worth he is writing about * Belfast Telegraph * Praise for the Sister Fidelma Series: 'Definitely an Ellis Peters competitor * Evening Standard *

Super sleuth Sister Fidelma returns in the seventeenth historical mystery by Peter Tremayne, acclaimed author of MASTER OF SOULS, WHISPERS OF THE DEAD and many more.

PRAISE FOR THE SISTER FIDELMA SERIES: 'Rich helpings of evil and tension with lively and varied characters' Historical Novels Review, 'The most detailed and vivid recreations of ancient Ireland' Irish Examiner

February, AD 668, and Cashel is full of distinguished visitors. Under the old Irish custom, Fidelma of Cashel and Eadulf of Seaxmund's Ham, having been joined together for a year and a day, are to be married. But on the eve of the ceremony, the pious Abbot Ultán is found murdered in his chamber. Worse still - one of the most distinguished guests, the King of Connacht, is seen fleeing from the scene and charged with the murder. He demands his right to appoint Fidelma in his defence. Fidelma soon discovers that Abbot Ultán is not the pious man he was thought to be - indeed, many of the guests have cause to hate him. It is a long weekend of suspicion, fear and more death before Fidelma and Eadulf are able to reveal the truth behind Ultán's murder.

What readers are saying about A PRAYER FOR THE DAMNED:

'The twists and turns kept me intrigued throughout this excellent book'

'Keeps you guessing right till the end. Very well written'

Katherine H
4.0 out of 5 stars Good read,
26 July 2015
Format: Kindle EditionVerified Purchase
... But never held my attention as much as his others have. Perhaps a bit more slow moving than his other stories.
Read more
Helpful
Comment Report abuse
See all 1 customer reviews
Write a customer review

Shirley Schwartz
5.0 out of 5 stars Another excellent story in the Sister Fidelma series
3 October 2006 - Published on Amazon.com
As I have come to expect with this series, this is another very strong entry in the Sister Fidelma series. In fact, I think that Peter Tremayne should be used as an example of how to write a good historical mystery. His characters are strong and believeable, and his plots are complex. He also spices his books with historical tidbits that put the reader right into the thick of things. In this book Fidelma and Eaudulf are planning theier nuptials, when a murder occurs in Fidelma's brother's keep. The cleric who is murdered is not liked by anyone, and Fidelma finds that she has more suspects than she knows what to do with. But she does put her formidable mental abilities behind trying to solve this mystery. This author is a master storyteller, and I highly recommend this series.
Read more
4 people found this helpful
Go to Amazon.com to see all 2 reviews 4.4 out of 5 stars
Get FREE delivery with Amazon Prime
Prime members enjoy FREE Delivery and exclusive access to movies, TV shows, music, Kindle e-books, Twitch Prime, and more.
> Get Started
Back to top
Get to Know Us
Make Money with Us
Let Us Help You
And don't forget:
© 1996-2020, Amazon.com, Inc. or its affiliates