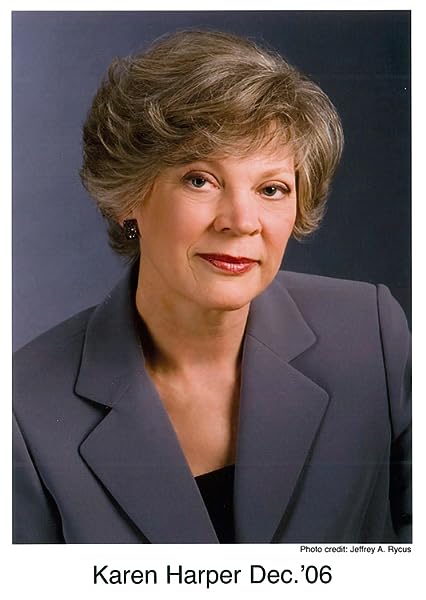 selling authors Anne Perry and Ellis Peters are sure to love Karen Harper's new historical mystery series, rich with period detail and featuring Elizabeth Tudor, the future queen of England, as its heroine.

Living in exile in the English countryside, the twenty-five-year-old Princess Elizabeth awaits her fate during the waning years of her ill and childless half sister's reign.  Despite an occasional truce, there has always been bad blood between Queen Mary and the princess since Elizabeth's mother, Anne Boleyn, replaced Mary's mother, Catherine of Aragon, in the heart of King Henry VIII.  Mary has already sent Elizabeth to the Tower of London when a group of Protestants raise a rebellion in her name, forcing Mary to release her, and the half sisters into an uneasy détente.

Little does Elizabeth know that in the autumn of 1558, she will be called upon to explore not only England's rural heartland, but also her own heart.  At great risk to he

Karen Harper is the author of several suspense, romance, and historical novels.  A former English teacher, she divides her time between Columbus, Ohio, and Sarasota, Florida.

HonourYourReaders
2.0 out of 5 stars Two Stars
Reviewed in the United Kingdom on 1 August 2015
Verified Purchase
disappoiinting - rattles on about conventions in Elizabethan society more than needed
Read more
Report abuse

Hilary Clarke
5.0 out of 5 stars The Poyson Garden
Reviewed in the United Kingdom on 25 February 2014
Verified Purchase
The first book in the Elizabeth 1 mysteries is worth a read - it doesn't disappoint! Reading it will make you want to read the rest of the books in the series.
Read more
One person found this helpful
Report abuse

sukismum
4.0 out of 5 stars Four Stars
Reviewed in the United Kingdom on 30 December 2014
Verified Purchase
this got me started
Read more
Report abuse

Sharon Sety
5.0 out of 5 stars Excellent
Reviewed in the United States on 28 March 2019
Verified Purchase
Great writer.
Read more
Report abuse
See all reviews
Back to top
Get to Know Us
Make Money with Us
Let Us Help You
And don't forget:
© 1996-2021, Amazon.com, Inc. or its affiliates