$44.99
And FREE delivery on eligible orders. See details and conditions
Sold by: Amazon AU
Flip to back Flip to front
Listen Playing... Paused   You're listening to a sample of the Audible audio edition.
Learn more
See all 2 images 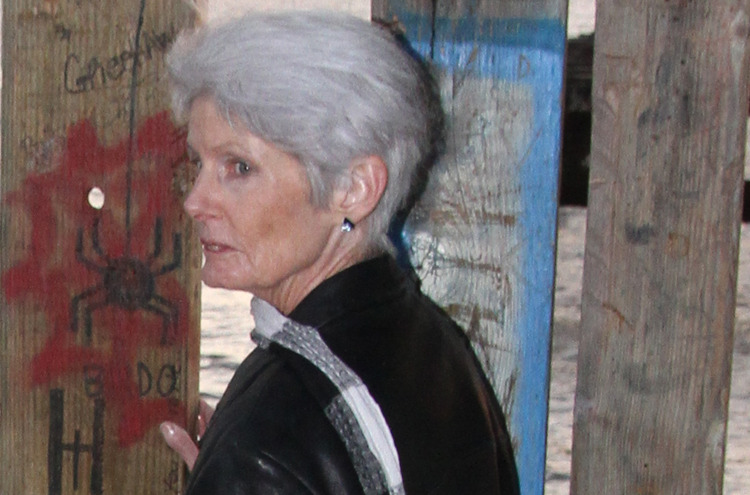 "Susan Dunlap is one of the best!" --The San Diego Union Tribune "Dunlap knows the West Coast, knows how to create memorable characters, knows how to build suspense, and her technical expertise is extraordinary." --Chicago Tribune "White knuckle plot and bare-knuckle action scenes." --The New York Times Book Review

Susan Dunlap is the author of nineteen novels and a collection of short stories, and editor of an anthology. She has won Anthony and Macavity Awards and has been president of Sisters in Crime. Her day jobs have ranged from teaching Hatha yoga to working on a death penalty defense team. She and her husband live near San Francisco.

Julia Walker
5.0 out of 5 stars Zen and the art of blowing stuff up
Reviewed in the United States on 23 June 2010
Verified Purchase
Darcy Lott is a professional stunt double and the formal assistant to a Zen-master. So this book offers windows on two new worlds, plus a wonderfully detailed sense of place, or, more accurately, of places, as Lott visits lush forests, sun-baked farming communities, and her native San Francisco. Reasons enough to praise the series, for sure. But for habitual readers of murder mysteries, there's also an anthropological/historical reason to celebrate.

Darcy Lott is literally a second-gen detective. Along with the trinity of Muller, Paretsky, and Grafton, Susan Dunlap is one of the founders of Sisters in Crime and a pioneer of the tough-femme detective. Dunlap's Jill Smith series gives us a Berkeley cop who balances on a thin line between a respect for the forces of order and admiration for the ideology and (attendant quirks) of the famous counterculture. Jill Smith's early undertakings are fairly formulaic, but the last three books in the series are part mystery, part social history, part philosophical inquiry into the current state of play among Berkeley factions. Dunlap's character has evolved to a point where it seems unlikely that she can continue to function within the structure of the Berkeley PD.

Darcy Lott is, in many ways, the logical extension of the Jill Smith character.

In the A Single Eye, Lott takes her fear of trees to a Zen retreat in a nearly impenetrable forest. Although this book has the most detailed introduction to Zen practices and philosophy, both Hungry Ghosts and Civil Twilight provide enough information for the first-time reader. But if you haven't read all three, try to start at the beginning.

Hungry Ghosts finds Darcy Lott back in San Francisco staging a complicated stunt and living in a zendo. Her family members emerge as major players in this and the next book, Civil Twilight. All of the novels give the reader a sense of place that is an elegant function - both physical and metaphysical - of plot and theme. And Dunlap is delft: there are no Fairsteinesque hunks of down-loaded background falling on the reader's head.

In all three of the first books, the disappearance of Darcy Lott's older brother is a secondary and perpetually unresolved plot. Mike walked out of the family kitchen decades ago and was never seen again. In this book, the Mike plot takes up much more room, physically and otherwise.

Unlike the heroes of Grafton's and Paretsky's series', Dunlap's Darcy Lott is an independent woman whose freedom from convention is interestingly constructed within the context of that most traditional paradigm: the family. Ideologically speaking, Dunlap's feminism - like that of Marcia Muller - offers us hope for a world in which a woman can be both self-reliant and deeply loved.

This isn't a complicated narrative. Unlike Muller or Leon, Dunlap prefers to keep her main character concentrated upon one problem or one very tight set of problems. There's a point in the book when Lott sees another stunt woman about to "shoot the wires." I didn't know what that meant, so I looked up some wire stunts on YouTube and then realized that in Darcy Lott's statements about focus, about pushing off and keeping going, about needing to bend and shimmy and reach, she's talking about her own quest for the truth - the truth about her lover, the truth about her brother, the truth about the way she sees the world.

It's a single-plot mystery, but the main character's intensity carries the reader through at warp speed, too involved to miss additional action. As always, there's a Zen koan that provides the controlling metaphor for the book, and thus, even if you see the end coming, it will please you with its peace and balance.


Read more
8 people found this helpful
Report abuse
See all reviews
Back to top
Get to Know Us
Make Money with Us
Let Us Help You
And don't forget:
© 1996-2021, Amazon.com, Inc. or its affiliates