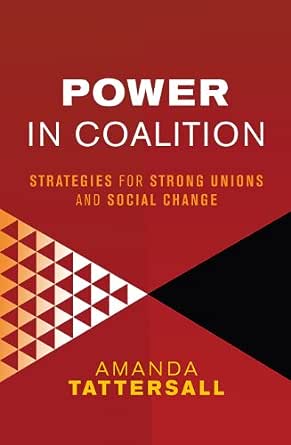 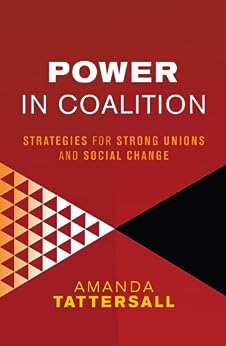 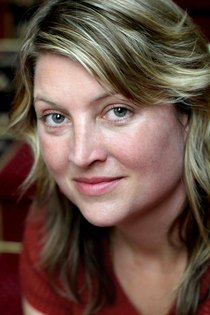 ""Amanda Tattersall has done a terrific job of capturing and analyzing the power of 'positive-sum' coalitions, illustrating how these can effect social change in society as we as internally reinvent the member organizations. Power in Coalition provides both the academic and the activists with analytical devices for understanding the opportunities and challenges of coalitions, expanding the notion of coalition success, and clearly distinguishing three fundamental coalition elements: common concern, organizational relationships, and scale. This is a must read for scholars and practitioners in the fields of social movements, labor relations, and geography.""—Maite Tapia, Comparative Labor Law and Policy Journal (Summer 2011)

""Tattersall's interest in going beyond bemoaning unions' decline, on the one hand, and celebrating extraordinary success stories, on the other, ought to spur further comparative analysis on the same themes. In particular, it should spark useful discussions among union activists at a time when the public is increasingly unfamiliar with the labor movement's historic role and demands more inclusive goals from the movement—and when unions are in sore need of allies.""—Manfred Elfstrom, ILRReview (October 2012)

""Amanda Tattersall's book is the most insightful study of coalitions to date. It is not your typical gauzy view of coalition building, but offers a clear-sighted, practical road map to building more effective labor-community coalitions and in turn an opportunity to transform the labor movement. It combines a rare mix of academic rigor and analysis with an organizer's sensibility, which makes it as useful in the field by practitioners as in the classroom by scholars."" —Jeff Blodgett, Executive Director, Wellstone Action

""At last a scholar/activist who understands that coalitions are not merely a way of advancing union goals! Building on three successful coalitions in Australia, Canada, and the United States, Amanda Tattersall identifies three main mechanisms that lead to successful coalition formation between unions and community organizations: identifying common concerns, building organizational relationships, and finding the right scale. She shows how unions can transcend the narrow corporatism of 'business unionism' to return to the social movements they once were in a world that has become more complex and more indifferent to the needs of both workers and communities.""—Sidney Tarrow, Cornell University

""If unions are to maximize their influence in the twenty-first century they must build alliances with other organizations around economic, social, and ecological concerns affecting humanity. This book shows it is possible to build the necessary coalitions to achieve this end.""—Jack Mundey, instigator of the 1970s Green Bans movement in Sydney

""Essential reading for anyone who wants to understand how to build the power of working people in a changing world, Amanda Tattersall's book is at once timely, practical, inspiring and challenging. Combining analysis of action with useful theory, it provides an important new tool for activists everywhere —in unions or beyond them—who want to build sustained and sustaining coalitions that have the potential to change the world.""—Barbara Pocock, Director, Centre for Work + Life, University of South Australia

John O
5.0 out of 5 stars A description, a hand book and an exhortation!
Reviewed in the United States on 24 August 2010
Verified Purchase
Ms Tattersall has created a nicely balanced work that perceptively outlines 3 examples of collaborative endeavors for community organising through coalitions and the enrichment of society that results. From these examples scattered across 3 countries she then draws out principles and and practical observations. The concluding remarks show the integrity of her writing: never claiming too much, she demonstrates what is possible. "Coalitions are not a panacea, but they are an important tool for promoting new political solutions. When practiced in a reciprocal and respectful way, coalitions support powerful unionism"

Wrought in the fire of scholarship this book provides information, support and guidance to those who would seek social change through coalitions of unions, faith and community groups.
Read more
2 people found this helpful
Helpful
Sending feedback...
Thank you for your feedback.
Sorry, we failed to record your vote. Please try again
Report abuse

C. Henson
5.0 out of 5 stars Great book!
Reviewed in the United States on 13 June 2014
Verified Purchase
Dr. Tattersall’s model is grounded in her research that spans multiple coalitions and countries. This book is particularly useful for leaders who want a clear conceptual understanding of what makes coalitions effective and how to build them. Lots of practical case studies bring the concepts to life.
Read more
Helpful
Sending feedback...
Thank you for your feedback.
Sorry, we failed to record your vote. Please try again
Report abuse

Peter Allen
5.0 out of 5 stars Building community
Reviewed in the United States on 21 March 2014
Verified Purchase
Powerful ideas for people who want to make a difference. Well written and thought provoking. Well worth the download. Great intro to community action.
Read more
Helpful
Sending feedback...
Thank you for your feedback.
Sorry, we failed to record your vote. Please try again
Report abuse