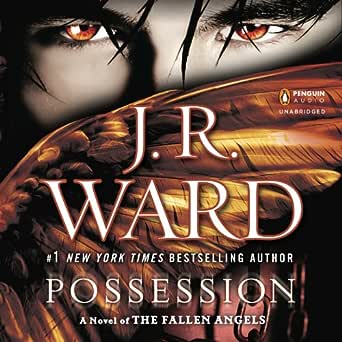 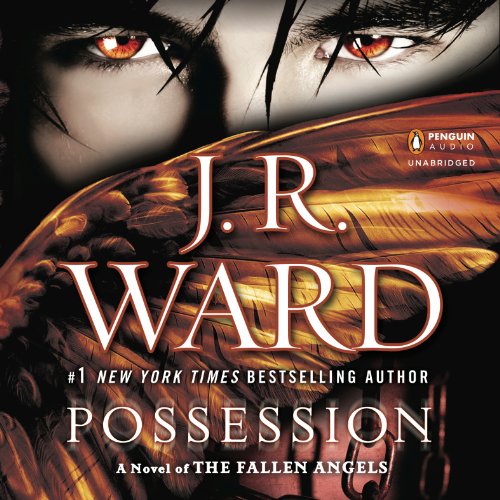 Possession: A Novel of the Fallen Angels

4.7 out of 5 stars
4.7 out of 5
878 global ratings
How are ratings calculated?
To calculate the overall star rating and percentage breakdown by star, we don’t use a simple average. Instead, our system considers things like how recent a review is and if the reviewer bought the item on Amazon. It also analyses reviews to verify trustworthiness.

Marlene D. G.
4.0 out of 5 stars Four Stars
Reviewed in Australia on 6 May 2015
Verified Purchase
Liked it but did seem to be slower than previous books in series.
Read more
Helpful
Report abuse

L. Sears
5.0 out of 5 stars Best in the series so far
Reviewed in the United Kingdom on 23 September 2014
Verified Purchase
I've been following this series from the start, and I have to say to any potential new readers, you really do need to read this Fallen Angel Series in order, starting with 'Covet'

Jim Heron is the chosen one, a man made angel, bought over to the good side to fight the war between good and evil. Except Jim's not exactly led an angelic life, not, that is, until his death. And now, locked in battle with the demonic Devina, there's nothing that will stop Jim from going all out to win this war. Nothing but one young woman, an innocent killed by Devina and trapped in Hell, inside her wall of souls. And Jim can't get her out of his mind.

In this, the fifth book in the dramatic and fast moving series, Jim's winning the war, having saved three souls to Devina's claimed one, but is the balance the game about to shift; as Jim considers a game-changing move that might just mean the end of the world.

With gritty, characters that you'll have grown to love, or hate, throughout the series, this instalment was among the best yet. With unforeseen plot twists and turns that will keep you second guessing all the way through and desperate for the next instalment; Immortal.
Read more
2 people found this helpful
Report abuse

KitchenWitchNik
5.0 out of 5 stars Bring It On
Reviewed in the United Kingdom on 4 October 2013
Verified Purchase
Whilst I started the Fallen Angels series with no real intention of enjoying them as much as I did the Black Dagger Brotherhood, the series has grown on me book by book and this one was no exception.
There were some neat little holy sh*t moments for me this time around, things that have been tantalizingly left hanging, my only hope is that they will, eventually, be bought to a conclusion. Why can Sissy see halos? Why has Adrian not got a halo? If Jim relinquishes his "job" as the saviour will Sissy be his replacement? To name but a few.
For fans of Ms Ward this is another must, but please, if you're new to her works the Fallen Angels should be read in order or they really won't make much sense.
Read more
6 people found this helpful
Report abuse

S. Lacey
3.0 out of 5 stars Enjoyable
Reviewed in the United Kingdom on 18 February 2014
Verified Purchase
This one only gets three stars cause it's not my favourite in the series, I much prefer the first two/three books. There are some events that were really sad and another unexpected character death, there are also some plot lines developing that I don't really like and it isn't so much because of age differences but more cause I don't particularly like the pairing of the characters, especially because of Jim's obsession and how it's affecting his mission.
Read more
Report abuse

Lester
3.0 out of 5 stars Slow
Reviewed in the United Kingdom on 30 April 2018
Verified Purchase
This Fallen Angels Book was the slowest of them all so far. I didn’t feel that same connection to the characters either but persevered nonetheless.
Read more
Report abuse

k mackenzie
5.0 out of 5 stars Worth the wait...
Reviewed in the United Kingdom on 5 January 2015
Verified Purchase
After reading mixed reviews I decided to take the plunge in this final instalment. I wasn't disappointed. The plot has twists and turns and sees cissy's character coming into its own with all involved having to battle with Devina right up to the end. I loved it and now feel quite melancholy that it is the end of the series.
Read more
Report abuse
See all reviews
Back to top
Get to Know Us
Make Money with Us
Let Us Help You
And don't forget:
© 1996-2021, Amazon.com, Inc. or its affiliates