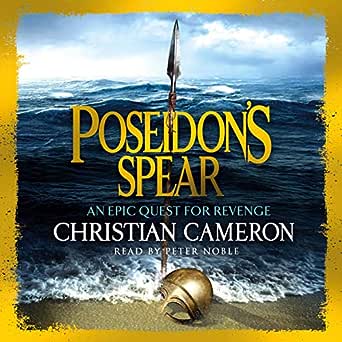 Amazon Customer
5.0 out of 5 stars Loving this series
28 March 2017
Format: Kindle EditionVerified Purchase
Am deeply immersed in Greece around 450BC and ready to race into the next book. Cameron's writing takes you into the thick of battle with all the smells, noise and terrors; his sea battles are equally absorbing. Can't recommend this series highly enough.
Read more
Helpful
Comment Report abuse
See all 1 customer reviews
Write a customer review
Get FREE delivery with Amazon Prime
Prime members enjoy FREE Delivery and exclusive access to movies, TV shows, music, Kindle e-books, Twitch Prime, and more.
> Get Started
Back to top
Get to Know Us
Make Money with Us
Let Us Help You
And don't forget:
© 1996-2020, Amazon.com, Inc. or its affiliates