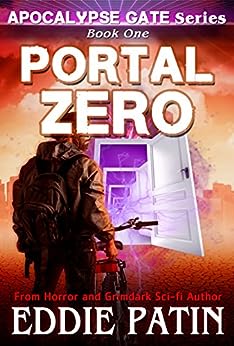 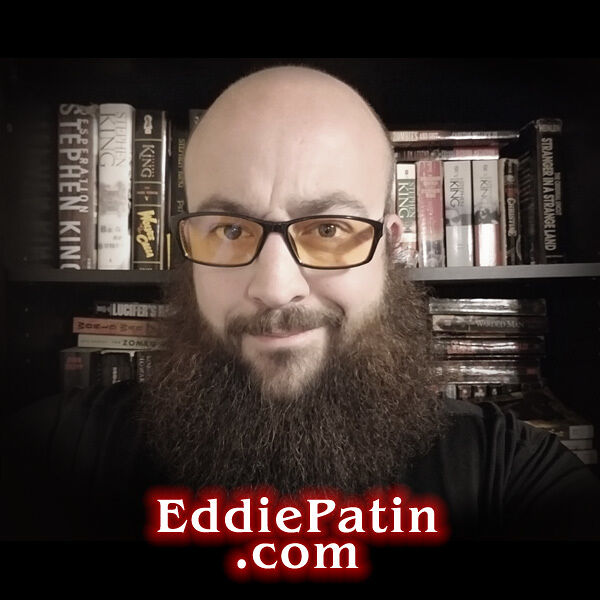 Author, entrepreneur, adventurer. Born in south Louisiana, Eddie Patin has lived the majority of his life in beautiful Colorado, USA. A business owner and consultant during the day, Eddie spends his nights and weekends building a career as a writer, an artist, and a musician. He is passionate about his music (under the band name, "Fire and Stone"), the pursuit of excellence in firearms, combat arts, and medieval weaponry, and is a proponent of Capitalism and the Free Market. His favorite authors are Ayn Rand and Stephen King, and his favorite fiction genres are fantasy, science fiction, and horror. In his book catalog, you'll find a combination of grim fiction, business non-fiction, and children's books. Eddie Patin's Author Page on Amazon: http: //amazon.com/author/eddiepatin Eddie Patin's Author Page on Facebook http: //facebook.com/eddiepatinauthor You can also look at his titles, blog, and get news of upcoming books and projects on his main webpage: www.EddiePatin.com Join his MAILING LIST to receive occasional updates about new titles. (eddiepatin.com) --This text refers to an out of print or unavailable edition of this title.

3.5 out of 5 stars
3.5 out of 5
42 global ratings
How are ratings calculated?
To calculate the overall star rating and percentage breakdown by star, we don’t use a simple average. Instead, our system considers things like how recent a review is and if the reviewer bought the item on Amazon. It also analyses reviews to verify trustworthiness.

R. P. Ryan
1.0 out of 5 stars No reason to buy volume two
Reviewed in the United States on 20 October 2018
Verified Purchase
I always give a new to me one full book. Sometimes that is a mistake. This author started out developing the story line and characters quite nicely. Then he kind of slipped into fictional neutral land and the characters searched around looking for hiding places and food and "monsters". Yes. This is a science fiction. But, how did the monsters come to be? Transformed by the portal or from the land of the portal. Then, he apparently decided that that was enough words for volume 1 and he just stopped. No big cliff hanger, just stop. I wish there was a way to have a discussion without being forced to join the e-mail bash.
Read more
11 people found this helpful
Report abuse

rainbowprincess75
3.0 out of 5 stars I like it
Reviewed in the United States on 21 October 2017
Verified Purchase
Ok make no claims on spelling or grammer of my post. Please don't judge

I was quite surprised, in good way.not only it was paced well,it had seemingly likable,relatable characters which he built up and switched between nicely. The storyline when I read the synopsis had me weary until I read it and then it wa well done and.not.hokey as I was afraid it might be. plausable actually. I wanted to keep going and this has the potential to be one of those series you can just keep reading one after the other..the not quite bad things in my opinion is that it was much too short and he should have gone into. more detail with characters and situations it just kinda lacking (for lack of better word) with that said it still was enjoyable.read.
I was tempted to and probably will read 2, I am.giving the author.benefit.of.doubt. I hate publishers who chop up a great thing to make.more.money and I got the vibe that either that's what is being done OR.maybe he was testing the.waters before committing ..really hope it's the second as I loved Stephen King' s work and this author kinda.reminds.me.of him :) it's a shame if I have to stop reading because I feel like I'm being nickeled and dimed.
Read more
2 people found this helpful
Report abuse

L. Jenkins
3.0 out of 5 stars Cliffhanger Ending!
Reviewed in the United States on 8 January 2018
Verified Purchase
I listened as Alexa read the story to me while I was doing other things around the house today. This book should be noted as Vol1. I really enjoyed the story until the book just ended with a major cliffhanger. There was no resolved story-line arc in this book but we were introduced to several groups of characters scattered in multiple locations. I did immediately pick up the next book, World's Merge, through Kindle Unlimited, because I had gotten so invested in the story. If you love weird creatures and normal people fighting for survival in a suddenly Topsy-turvy world you will enjoy this descriptive and action-packed serial series.
Read more
3 people found this helpful
Report abuse

Aisha K.S. Hashmi, NRCPT
5.0 out of 5 stars I read it, I LOVED it, I reviewed it, YOUR TURN!!!!!!!!!!!
Reviewed in the United States on 6 February 2017
Verified Purchase
HOLY BEETLES, what an amazing book!!!! I loved it!!! The world complex and well described, and the premise scary enough to make you hope it never really happens!! I loved the way the characters were so deep and made me feel like I knew them! I hope to read all of this authors work...I would put him up there with Clive Barker, Stephen King, Brett Battles and a few of my adored authors... Thanks for such a thrilling, heart pounding and fast paced thriller, cheers, bravo, standing ovation with a thousand roses thrown to the author!!!!!
Read more
4 people found this helpful
Report abuse
See all reviews
Back to top
Get to Know Us
Make Money with Us
Let Us Help You
And don't forget:
© 1996-2021, Amazon.com, Inc. or its affiliates