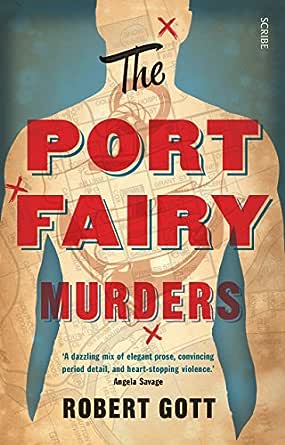 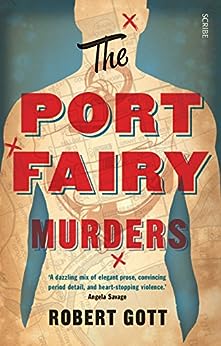 'At first glance, The Port Fairy Murders appears to follow the male lead, female sidekick combo. But Gott knows better: by far the smartest investigator on the block is Constable Helen Lord, whose frustration is barely contained as she watches the men around her fumble, falter and generally get it wrong ... Dickensian or even Jamesian in its breadth ... a very ''literary'' crime series that works so well on many different levels.'

'Set during World War II, the novel, like its predecessor, has a strong sense of place, not just in the little Victorian coastal town of Port Fairy, but also in the streets of inner Melbourne. Gott skilfully illustrates the sexist, racist and homophobic culture of this historical period, but he weaves through the necessary details with a light touch.'

--Sunday Age --This text refers to an alternate kindle_edition edition.

Written with great verve and insight, The Port Fairy Murders is a superb psychological study, as well as a riveting historical whodunit.
--This text refers to an alternate kindle_edition edition.

Robert Gott was born in the small Queensland town of Maryborough in 1957, and lives in Melbourne. He has published many books for children, and is also the creator of the newspaper cartoon The Adventures of Naked Man. He is also the author of the William Power trilogy of crime-caper novels set in 1940s Australia: Good Murder, A Thing of Blood, and Amongst the Dead.
--This text refers to an alternate kindle_edition edition.
Read more

Rosemary Realph
TOP 1000 REVIEWER
4.0 out of 5 stars This is one book a reader will not want to put down
Reviewed in Australia on 5 July 2020
Verified Purchase
This story really grabbed me. Besides the really unsavoury characters in the book, it also described the prejudices between protestants, catholics and jewish religions that existed during the 1940's. A very intriguing story involving the newly formed Melbourne homicide squad investigating murders, some committed in Port Fairy. I really enjoyed reading this book. Kept me hooked.
Read more
Helpful
Comment Report abuse

Amazon Customer
4.0 out of 5 stars Places in Port Fairy actually exist.
Reviewed in Australia on 18 June 2019
Verified Purchase
I thought the story flowed well.
It had the element of surprise.

Sandra Eastman
4.0 out of 5 stars Marvellous marvellous
Reviewed in Australia on 23 May 2020
Verified Purchase
I want to pool Thrilla stop I had to read this book a second time stop for I found it hard to put the book down and to turn the light out
Read more
Helpful
Comment Report abuse

Amazon Customer
4.0 out of 5 stars Page turner
Reviewed in Australia on 6 September 2020
Verified Purchase
Very gripping couldn’t put it down set for sequel. Would have like a fuller ending. But very enjoyable recommend to all
Read more
Helpful
Comment Report abuse

DFY
4.0 out of 5 stars Not so genteel Melbourne
Reviewed in Australia on 22 April 2015
Verified Purchase
For Melbournites who love a good detective story this is a must - a great follow up to the Holiday Murders. While the violence can be confronting, the characterisation and historical context are great. Can't wait for the next one!
Read more
Helpful
Comment Report abuse

Amazon Customer
3.0 out of 5 stars Three Stars
Reviewed in Australia on 24 March 2017
Verified Purchase
It was fun and easy to read. I enjoyed reading about location I recognise.
Read more
Helpful
Comment Report abuse

John Stackhouse
3.0 out of 5 stars Three Stars
Reviewed in the United States on 4 May 2015
Verified Purchase
Already done
Read more
Report abuse
See all reviews
Get FREE delivery with Amazon Prime
Prime members enjoy FREE Delivery and exclusive access to movies, TV shows, music, Kindle e-books, Twitch Prime, and more.
> Get Started
Back to top
Get to Know Us
Make Money with Us
Let Us Help You
And don't forget:
© 1996-2020, Amazon.com, Inc. or its affiliates