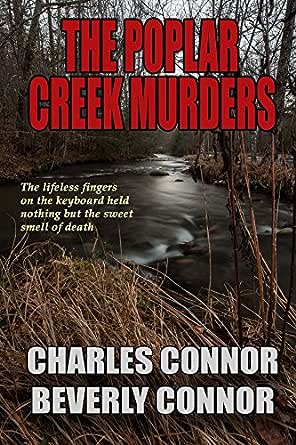 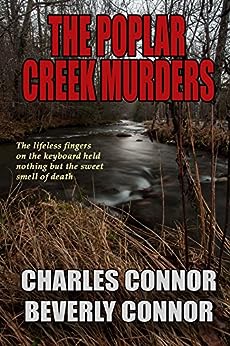 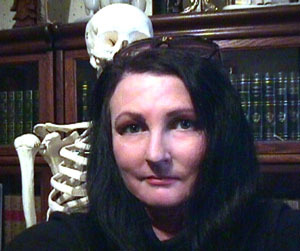 Beverly Connor is the author of the Diane Fallon Forensic Investigation series, the Lindsay Chamberlain archaeology mystery series, and co-authored Murder In Macon, and The Poplar Creek Murders with her husband Charles. She holds undergraduate and graduate degrees in archaeology, anthropology, sociology, and geology. Before she began her writing career, Beverly worked as an archaeologist in the southeastern United States, specializing in bone identification and analysis of stone tool debitage. Originally from Oak Ridge, Tennessee, she weaves her professional experiences from archaeology and her knowledge of the South into interlinked stories of the past and present. Beverly's books have been translated into German, Dutch, and Czech and are available in standard and large print in the UK, and in ebook format worldwide. Please visit her at beverlyconnor.net Charles Connor grew up in Alabama during the 1940s, 50s and 60s in and around the little communities of Caffee Junction, Green Pond, and McCalla just outside Birmingham. He received B.A. and Masters degrees from the University of Alabama, attended graduate school at Vanderbilt and received a doctorate from the University of Georgia. He taught at several state universities in the southeast before joining the faculty at the University of Georgia where he founded the Harriette Austin Writing Program and the HAWC writing conference and directed them for twelve years before retiring from university life. He and his wife, novelist Beverly Connor, now reside in Oak Ridge, Tennessee (The Secret City, home of the atomic bomb, 3D printers, and the world's fastest computer) where he reflects on life, writes, and supports Beverly in her writing. He is co-author of The Poplar Creek Murders and Murder In Macon with his wife Beverly. --This text refers to the paperback edition.

podbod
5.0 out of 5 stars Excellent!
Reviewed in the United Kingdom on 10 June 2016
Verified Purchase
Likeable characters, well crafted story, and a good plot. What more could you want?
Read more
Report abuse

Geraldine Ketchum
5.0 out of 5 stars I hope it! Will be the first of a series
Reviewed in Canada on 20 September 2016
Verified Purchase
This was an excellent mystery revolving around a series of sudden and gruesome deaths all related to a man called Roadkill man by the locals. In fact he is a research scientist and the first of several deaths investigated by coroner Lee Turner. In spite of interference from the military and the FBI, Lee and her sidekick Buddy somehow managed to solve all the mysterious deaths. I couldn't put it down, and if the Connors write another with these characters I won't hesitate to snatch it up.
Recommended to all who like a substantial mystery in a small town, conspiracies, and a touch of romance.

Joan A Lefaivre
5.0 out of 5 stars Great
Reviewed in Canada on 22 March 2018
Verified Purchase
I have read many books by this author and keep coming back to her books again and again. Always a good read.
Read more
Report abuse

L. A. Miller
5.0 out of 5 stars Poplar Creek Murders
Reviewed in the United States on 29 December 2019
Verified Purchase
This was a very well written suspenseful novel. I have read many of Beverly Connor's novels, but never one she wrote with her husband. This is worth a read for anyone who enjoys archeology and medical suspense.
Read more
Report abuse
See all reviews
Get FREE delivery with Amazon Prime
Prime members enjoy FREE Delivery and exclusive access to movies, TV shows, music, Kindle e-books, Twitch Prime, and more.
> Get Started
Back to top
Get to Know Us
Make Money with Us
Let Us Help You
And don't forget:
© 1996-2020, Amazon.com, Inc. or its affiliates