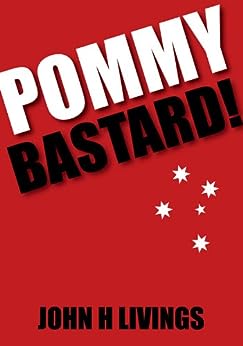 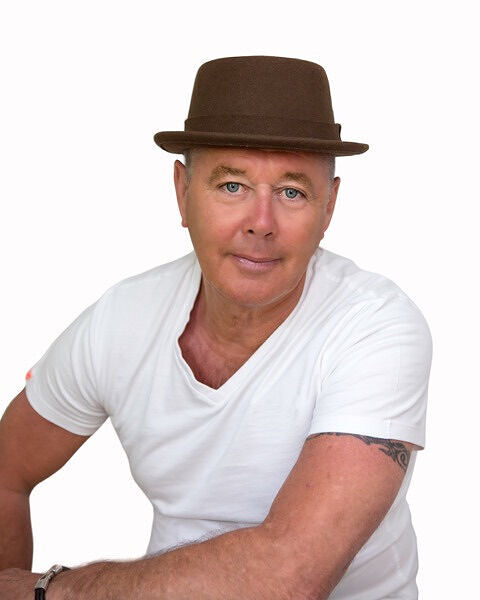 by John H. Livings (Author) Format: Kindle Edition
See all formats and editions
Sorry, there was a problem loading this page. Try again.
Meet Archibald Winston Spinks. The year is 1973 and never having left the UK before, young Archie sets sail aboard the SS Kioni for a three month voyage around the world. As the newest member of the on-board entertainment team, Archie is quick to suss out the form. In no time at all, he is wholeheartedly embracing life at sea, partaking, as he does, in the whirlwind visits to numerous port hostelries for liquid sustenance, the sampling of a myriad of illicit substances and making the most of all-too-willing female passengers' attention.
Cleverly juxtaposed with Archie's recollections of his middle years, we build up a picture of his life; a roller-coaster of excess mixed with living 'by the seat of his pants'. His time at sea notwithstanding, a career in advertising has left him disillusioned with the rat race and searching for something more in life.
John H Livings gives us a central character that is impossible to resist. We wince as trouble looms on the horizon and share Archie's relief as he 'gets away with it' one more time. The numerous scrapes and misadventures are described with razor-sharp wit, which is nonetheless infused with a warm and affecting humanity.
Read more
Previous page
Next page
Kindle e-Readers
Kindle Fire Tablets
Free Kindle Reading Apps
See all supported devices

John’s theatre writing credits include My Revolution, At Last – The Etta James Story, Let’s Get It On – The Life And Music Of Marvin Gaye and the hilarious comedy/cabaret Bugle Boys – A Salute To The Andrews Sisters. His critically acclaimed debut novel Pommy Bastard! was released in 2008 and a second novel is slated for publication in 2022. John was born in the UK but for the past twenty-something years has called Australia home. Having trod the well-worn path of the writer John has notched up an eclectic array of day jobs, from the advertising industry to kitchen hand, landscape gardener, labourer, yacht delivery crew plus umpteen other misadventures best left unsaid. An avid traveller John lived and worked in the Middle East for a number of years and spent a further four years working at sea as a cruise ship entertainer. Throughout all this, he moonlights as a stand-up comedian and has performed in the UK, the USA and all the major (and not so major) comedy venues across Australia. John is currently based in Edinburgh, Scotland... which is extremely cool!

The producers of global dance sensation Burn The Floor commissioned John to write My Revolution. The show is a celebration of the British pop invasion of America, which began in 1964 when The Beatles performed live on The Ed Sullivan show. This stunning production features eight dancers, four singers and band and having completed extensive rehearsals at Norwegian Cruise Line headquarters in Florida the show set sail aboard Regent Seven Seas Explorer where it continues to wow passengers. Acknowledged as the most luxurious cruise ship in the world The Explorer entered service in royal fashion with H.S.H Princess Charlene of Monaco christening the ship at a gala event in Monte Carlo on the evening of July 13, 2016. Following the ceremony, famed opera singer Andrea Bocelli took to the stage for a spectacular 40-minute performance. CruiseLine.com recently placed My Revolution in the top 5 stage shows at sea.

AT LAST – THE ETTA JAMES STORY

This smash-hit show saw its world premiere in Melbourne in 2013 and since then has packed theatres throughout Australia and New Zealand. In the spring of 2017 At Last - The Etta James Story toured the UK, selling out theatres across the country and receiving multiple standing ovations wherever it played. By popular demand, the show returned to the UK in 2018 for a 22-date tour that included St David's Cardiff, The Liverpool Philharmonic, Bridgewater Manchester and The Royal Concert Hall in Glasgow. At the conclusion of the final sold-out show at London's Cadogan Hall At Last had clocked up an impressive one-hundred-and-forty 5-star customer reviews on See Tickets (the UK's premier ticketing agency).

Starring the sensational Vika Bull At Last tells the story of soul legend Etta James turbulent life and features some of her most beloved songs including Tell Mama, Something’s Got A Hold On Me, Sugar On The Floor, the heart-rending I’d Rather Go Blind, her iconic signature song At Last and more. Vika puts her heart and soul into this unforgettable show and is joined on stage by some of Australia’s finest and funkiest musicians.

During a long and tumultuous career that saw her win six Grammy Awards and a star on The Hollywood Walk Of Fame, Etta James has influenced a vast array of artists from Diana Ross, Janis Joplin, Stevie Wonder, The Rolling Stones and Rod Stewart and is acknowledged as inspiring the careers of a new generation of singers from Adele, Sam Smith and the late Amy Winehouse.

Sadly, Etta’s frantic recording and touring schedule coincided with her ever-growing addiction problems and over time she not only sang the blues…she lived the blues. Mercifully, her passion for life and strength of character saw her conquer her demons and she continued to record and perform into her seventies.

With respect, this is her story.

LET’S GET IT ON – THE LIFE & MUSIC OF MARVIN GAYE

In 2014 John wrote Let’s Get It On – The Life & Music Of Marvin Gaye. As well as touring throughout Australia the show opened to rave reviews at the prestigious Nelson Mandela Theatre in Johannesburg, South Africa.

This two-hour narrative concert explores Marvin’s humble beginnings, his troubled relationship with his father, the women in his life, his search for meaning and the music that defined a generation.

Acknowledged as the Prince Of Motown the show feature’s some of Marvin’s most beloved songs including I Heard It Through The Grapevine, Ain’t No Mountain High Enough, his stunning spiritual masterwork What’s Going On, the Grammy award-winning Sexual Healing and more. Let’s Get It On – The Life & Music Of Marvin Gaye is a party on stage. The show is now in development in the UK.

BUGLE BOYS - A SALUTE TO THE ANDREWS SISTERS

Before The Spice Girls, before The Supremes, there was The Andrews Sisters. During the late 1930's and early 1940's the original girl group were a global sensation, their records sold in the millions and their music still resonates to this day.

Frocked up to the nines in faux military costumes Bugle Boys dance their shapely legs off and sing (not lip-synch) the songs of the Andrews Sisters plus Wham, Kylie, Madonna and a whole lot more. Between numbers, they bitch and squabble, crack jokes and deliver a hilarious tale of their life and career in this unique comedy/cabaret omage.

Directed by John the show saw its stage debut at Melbourne’s Chapel Off Chapel in October 2015. The three ‘girls’ had audiences embrace the show from opening night and that short inaugural season ended in triumph with a sold-out theatre and five-star reviews. The show also played to packed houses at the 2016 Melbourne International Comedy Festival.

The boys were back in toon for 22 shows over Christmas 2019.

The hysterical behind-the-scenes shenanigans of the show have prompted one of John’s nuttier ideas and he’s currently seeking interested parties to produce a fly-on-the-wall frockumentary.

Meet Archibald Winston Spinks. The year is 1973 and never having left the UK before young Archie sets sail aboard SS Kioni for a three-month voyage around the world. As the newest member of the onboard entertainment team Archie soon embraces life at sea, partaking as he does the whirlwind visits to numerous port hostelries and the sampling of a myriad of illicit substances. But taking his duties seriously he works hard at keeping the passengers entertained…especially the female passengers.

The numerous scrapes and misadventures are described with razor-sharp wit, which is nonetheless infused with a warm and affecting humility.

Paperback & Kindle versions are available from Amazon and all good book stores.

Kindle Customer
5.0 out of 5 stars I often wondered what became of Johnny Livings!!!
Reviewed in the United Kingdom on 14 January 2013
Verified Purchase
A cracking read! It sort of brings together "Confessions of a Graphic Artist" with "The Life and Times of Archie Spinks" and a sprinkling of Mickey Spillane, in the attention to detail (and bar crawling!)
Read more
Report abuse
See all reviews
Back to top
Get to Know Us
Make Money with Us
Let Us Help You
And don't forget:
© 1996-2021, Amazon.com, Inc. or its affiliates